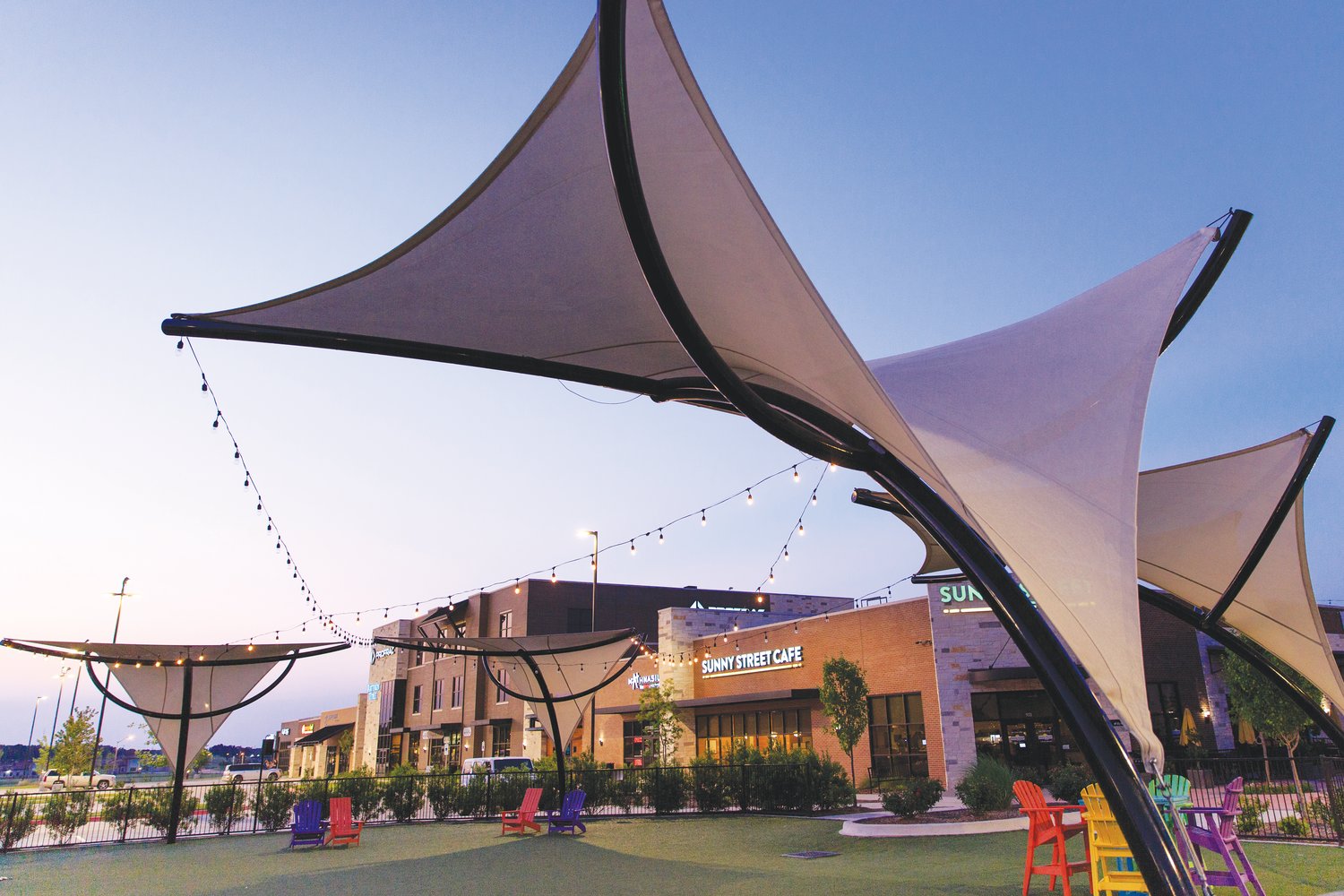 The Shops at Willow Park serve as a hub for dining and shopping in the city, and the focal point of Crown Pointe Boulevard.
Kathy Chruscielski/The Community News 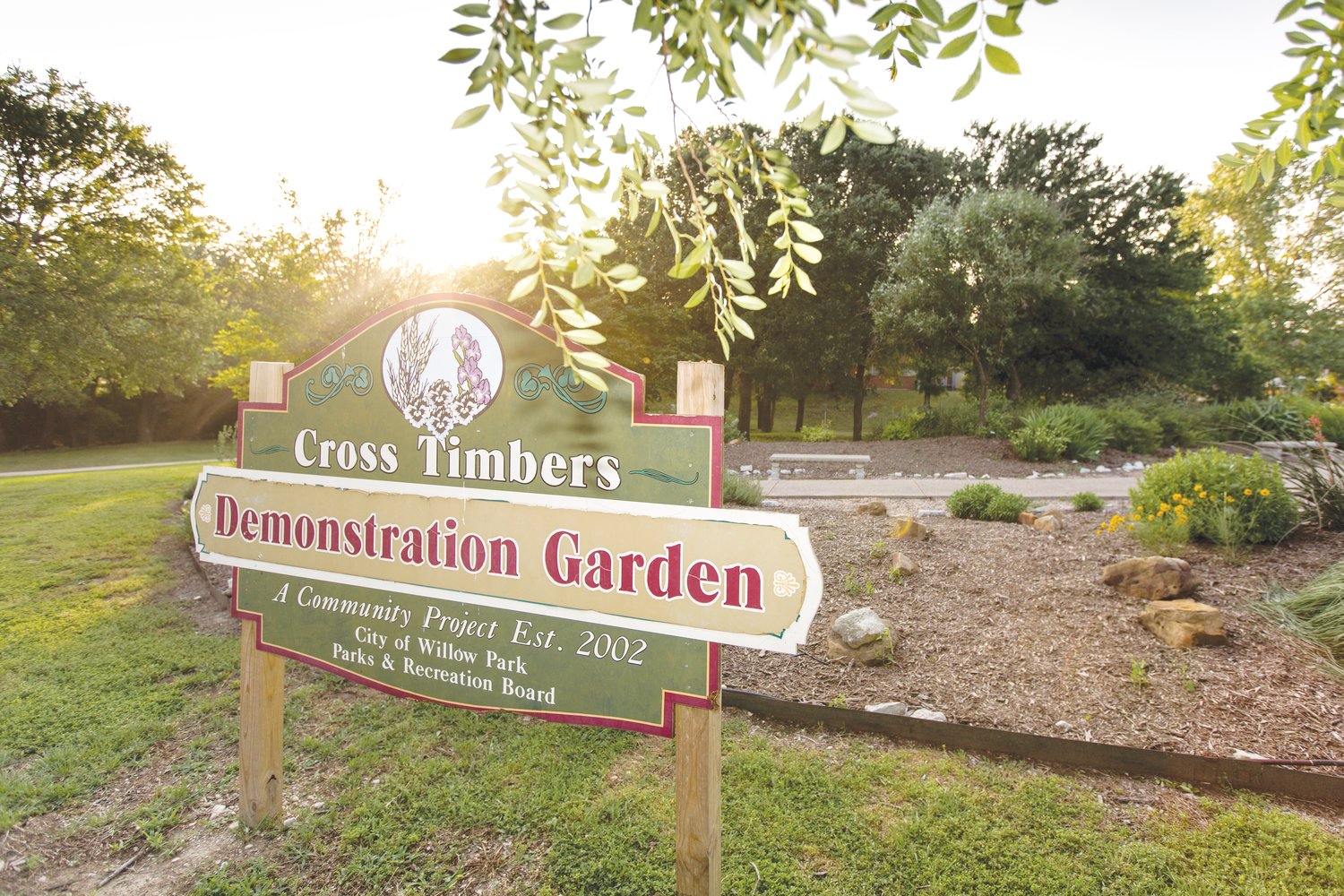 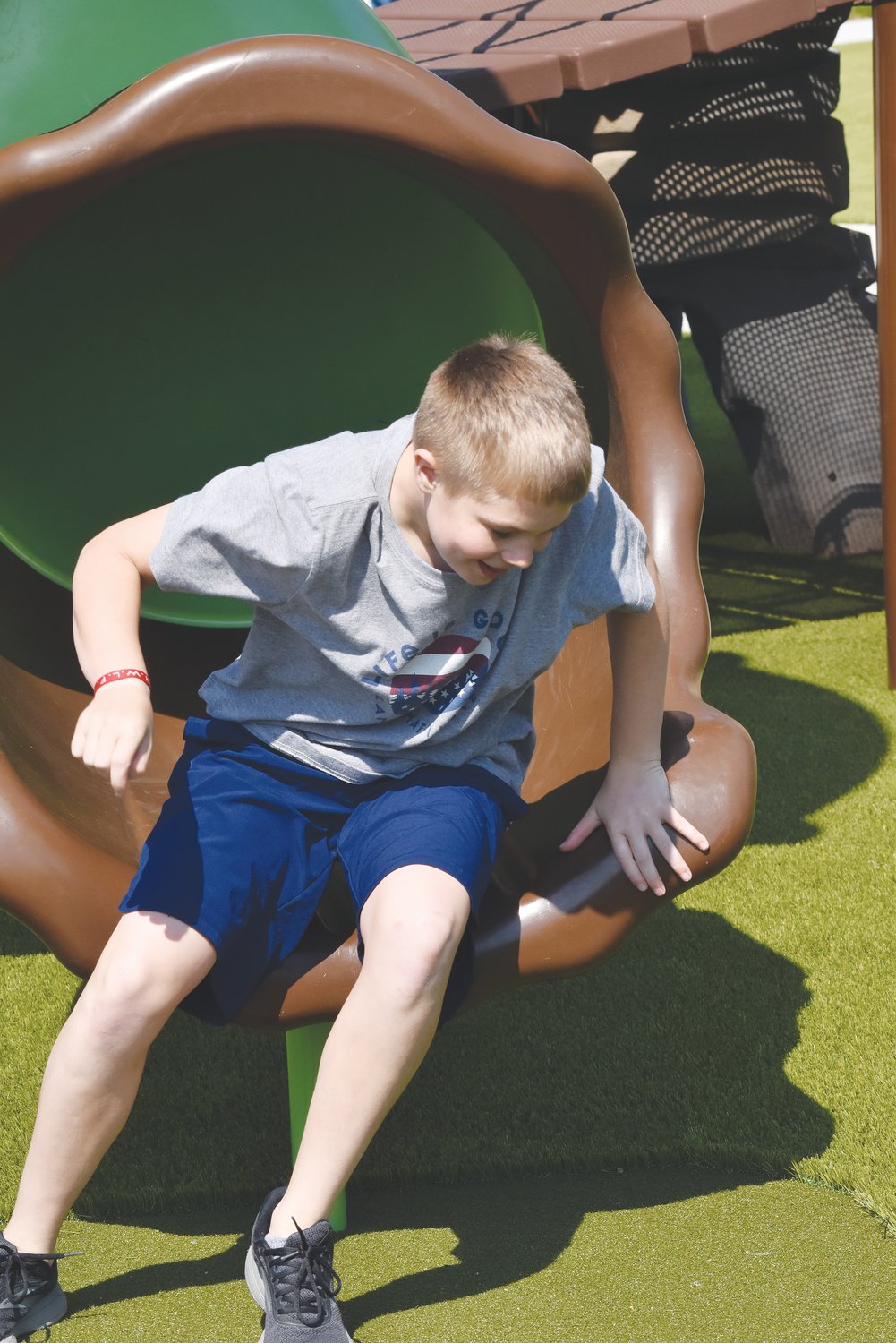 Gage Andress scampered out of one of the covered slides at the grand opening of Cross Timbers Park in April 2021.
Randy Keck/The Community News
Previous Next
Posted Sunday, January 23, 2022 2:20 pm
Willow Park

Willow Park first emerged in the late 1800s as a small rural community called Willow Springs. Located eight miles east of Weatherford on the north side of Interstate 20, the area remained largely unsettled until the 1960s when it was officially incorporated after the establishment of El Chico Ranch Estates, Lake Weatherford, and U.S. Highway 80 shed more light on the little town. During the 70s and 80s the community grew exponentially and added a golf course, fire department, police department, several churches, housing subdivisions, and other businesses.

Today, Willow Park is an incredibly attractive place to settle for individuals and families alike. Residents of Willow Park have access to both Aledo and Weatherford school districts depending on which part of the city residents live, as well as Trinity Christian Academy, which is located in the city.

Another factor that is unique to Willow Park is that less than 50 percent of the 7,424-acre area is developed, indicating significant development opportunities to come in the future as the area grows.

The most significant growth has come in the Crown Pointe/Willow Park North area, much of which sits on ground that was once Squaw Creek Downs race track.

A new apartment complex and houses are springing up amid a destination shopping area which includes shops, restaurants, and the Texas Health medical facility.

Willow Park Baptist Church’s new church and facilities have taken physical shape in an 82-acre development that will include a gymnasium, worship center, outdoor activity fields, a wedding chapel, and amphitheater.

On the south side of Interstate 20, the Willow Springs area is home to First Bank Texas’ new corporate headquarters as well as new dining and shopping venues opening on a regular basis. In addition, Brookshire’s completed a remodeling to offer new amenities to its customers.

Work has also begun on town homes in the area.

A new Public Safety Building was recently completed to house the police and fire departments, and the old location was transformed into a park and playground.

A new pipeline bringing much-needed water to Willow Park and Hudson Oaks was completed in 2021. The city and Willow Park Baptist Church also completed negotiations for a land swap that will allow the city to build an expanded sewer treatment facility near the older, near-capacity system.