Local news from the heart of East Parker County
Weather brought to you by:
Log in
Obituaries 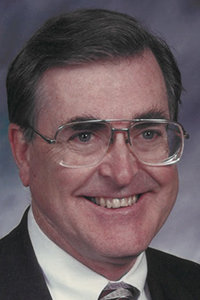 Bill was born in Dallas on June 9, 1943, to Richard Ransom McLeRoy and Polly Minton McLeRoy. He was committed to service above self and he contributed to civic, economic, and cultural improvement wherever he lived.

Bill graduated from of Austin College (BS) and Texas Christian University (MA) and was a Visiting Scholar at the University of Texas at Austin in Mexican history. Bill's career included positions at Central Virginia College, American Medical International, Austin College, and in 1996, founder and senior principal of The Whitestone Group, which served local, regional, and national nonprofit clients. He offered extended education fundraising and philanthropy courses through Texas Christian University. Bill was a Certified Fundraising Professional.

Bill served as museum design and exhibit advisor to museums in Amherst, Virginia; Sherman, Texas, and Galveston. With his wife, Sherrie, he co-authored an Amherst County history and Strangers in their Midst: A Study of the Free Black Population of Amherst County Virginia. He also wrote articles on philanthropy to Fort Worth and national business publications.

Together with Eduardo A. Peniche, a native Mexican colleague in Virginia, Bill hosted a live radio series on changes in Latin America on WPVR-FM. Together they also wrote articles for Novedades about the pending Panama Canal treaty. As a member of a community college business and cross-cultural center, Bill produced guides for business representatives traveling to Latin America. He also hosted a live series, 'The Community College and our Region," on WSET-TV.

Bill served as council member and Mayor Pro Tern for the city of Aledo, and as treasurer of the Aledo Economic Development Corporation. He was part of the Aledo multi-year development of a strategic master plan that led to construction of a new four-lane landscaped entry to the city, building a new comprehensive water and waste water system to meet future growth, and producing a master parks and recreation plan.

He served on the East Parker County Library advisory council member, as a Gladney Center volunteer, and on the KERA Public Broadcasting board of directors. In addition, he was a director of the Partnership for Planned Giving Lone Star Chapter; (and president), director of Fort Worth's Funding Information Center, and a director of the Rotary Club of Western Fort Worth Foundation.

He served on the Boy Scouts of America (Texoma Council) executive board, as an independent director for Grayson County State Bank, on the Junior Achievement Grayson County board of directors, Main Street Sherman and Denison boards of directors, Medical Plaza Health Services Foundation (Sherman), and Sherman ISD Educational Foundation as its founding president. He was a graduate of Leadership Sherman, president of the Sherman Rotary Club, and chairman of the Sherman Rotary Club Educational Foundation. He served on the Cuchara Association Board of Directors (Colorado), and Archeological Society of Virginia Central Virginia Chapter board.

The Rotary Club of Western Fort Worth recognized Bill's service as an Outstanding Rotarian. Together with his wife, he received the Friend of Grayson County CASA award. The Fort Worth Chapter of the national Association of Fundraising Professionals recognized him as the 2016 Outstanding Fundraising Professional as the recipient of the Ben Franklin Award. He was an Eagle Scout and recipient of Scouting's God and Country Award.

Bill was preceded in death by his parents and his brother, Richard R. McLeRoy, Jr.

The funeral service will be at 2:30 p.m. on Tuesday, November 29, at Greenwood Chapel in Fort Worth. Interment will be in Greenwood Memorial Park. Visitation will be from 6-8 p.m. on Monday at Greenwood.

Memorials may be made to the Texas Nature Conservancy (www.nature.org/texas), Rotary Club of Western Fort Worth Foundation (P. 0. Box 100125, 76185-0125), and Baylor University's School of Law Minton Lecture Series (www.baylor.edu/law), or to an organization of the donor's choice.