Tony Romo tees it up at Split Rail in quest of qualifying for U.S. Open 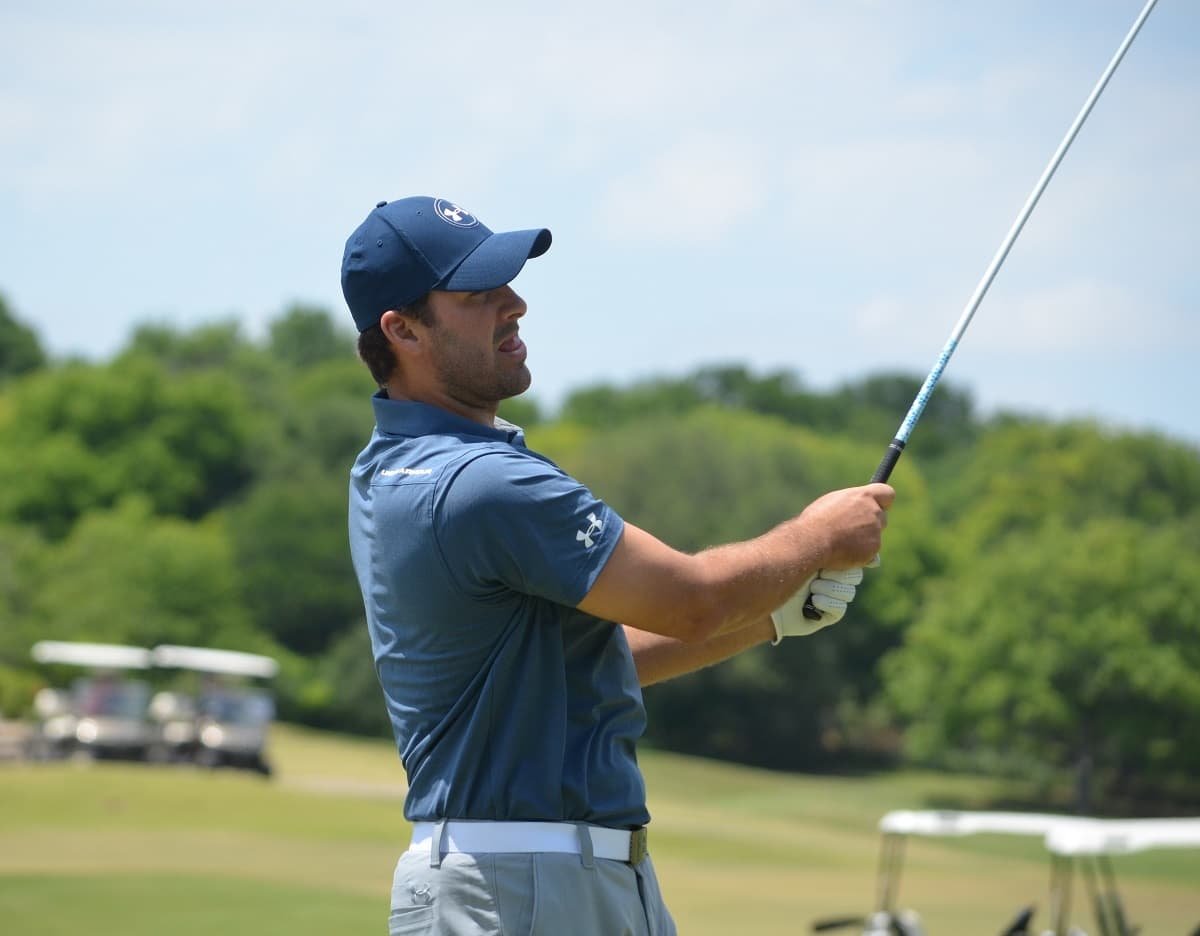 Former Dallas Cowboys quarterback Tony Romo watches his drive on hole No. 1 at Split Rail Links and Golf Club. Romo is trying to qualify for the U.S. Open today at Split Rail. His tee time was at 1:30 p.m. Photos by Tony Eierdam
Posted Monday, May 8, 2017 2:34 pm

Romo, with a scratch handicap and recently retired from football, is trying to qualify for the 2017 U.S. Open Championship by going through a local qualifier, which in his case is today at Split Rail in Annetta.

It is the first time since 2011 the 37-year-old Romo has attempted to qualify for professional golf's national championship.

According to the United States Golf Association (usga.com) almost 9,000 golfers will compete at local qualifiers - including today at Split Rail - that run through May 18, and 525 will advance to one of the 12 sectional qualifiers, which also include more than 400 exempt golfers.

Nearly half of the 156-player U.S. Open field will be comprised of players who advance from the sectional, according to the USGA.

Tony Romo waits on the No. 1 tee box at Split Rail Links and Golf Club. Split Rail is hosting one of the several local U.S. Open qualifiers today. The public is welcome.

The locals and Dallas Cowboys fans follow Tony Romo after he hit his drive on No. 1.