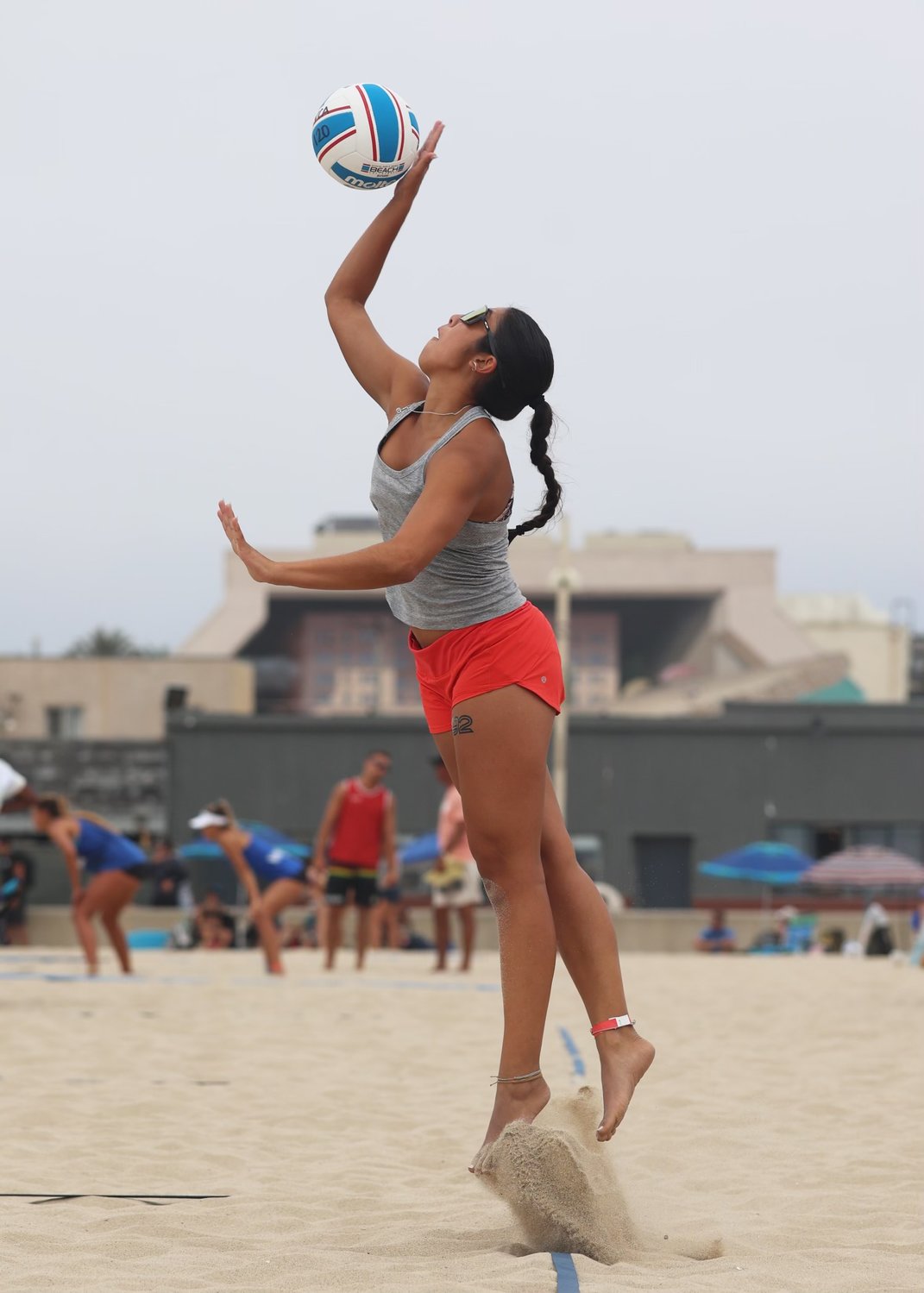 Every athlete has their end-of-season goal. In the summer seasons, the goal is national tournaments.

For Trinity Christian Academy senior volleyball player Katherine “Bella” Sigala, the goal was reached not just once, but four times.

Sigala does not play traditional club volleyball during the summer, though. Instead, she travels across the state of Texas and plays in beach volleyball tournaments, competing for spots in national tournaments.

Sigala started playing volleyball at a very early age, exclusively indoors. Then one day, she offered a passing glance at a few people playing the game she loved in the sand.

“It really interested me,” Sigala remembered. “I was like, ‘well I love being outside and I love volleyball, so let me give it a try.’ So I went to a local club in Fort Worth, TAV (Texas Advantage Volleyball) Beach Volleyball, and just fell in love with it from the first practice. It was something new, and it was an interesting change of pace.” 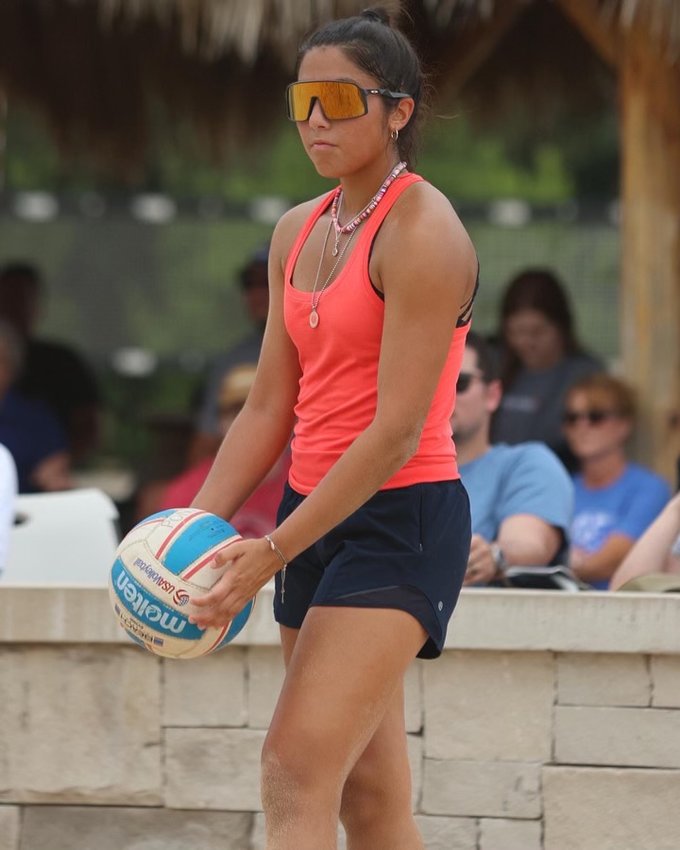 Despite her experience indoors, her abilities did not transfer to the sand immediately.

“I remember, that first practice I was so slow,” Sigala mentioned. “I didn’t know how to move correctly just because it’s so different. It took me a few months to get used to it and at that time I was still playing indoors at the same time. Also going from six players on the court to only having you and your partner was also a big switch.”

Around the age of 13, Sigala got more serious with beach volleyball, starting to practice three times a week instead of once, and moved her training to Impact Fort Worth at the Game On facility.

“It helped me grow,” Sigala said. “It helped me learn how to move between the sand and the court. It opened my eyes to more things I could do.”

It was not much longer before Sigala decided to play beach volleyball exclusively. She moved her training one last time, settling at 692 Beach in Lewisville, where she remains to this day. Since her last move, Sigala has competed in many tournaments across Texas earning multiple honors and national bids.

“I travel all across Texas,” Sigala explained. “I’ve been to Austin, San Antonio, the DFW Metroplex and in these tournaments you have to finish first or second to earn the national bids. Sometimes they will allow third but most of the time it’s the top two.”

In the summer of 2022, Sigala competed in the Beach Volleyball Clubs of America tournament, the Amatuer Athletic Union National Tournament, and the BVNE tournaments on both the east coast and the west coast.

At the same time, Sigala has also been playing indoor volleyball for the TCA Lady Eagles in the fall.

“I still decided to play at TCA,” Sigala mentioned. “My mom was the head coach there for a while and I figured I would still do school volleyball. It’s less competitive and the schedule is more flexible compared to club indoor teams. School ball was more relaxed and so it allowed me to do both.”

Opposite of how it was when she started, Sigala stated that the time spent in beach volleyball has actually helped her indoor performance.

“It was definitely a switch having to go back and forth,” Sigala said. “On weekends I would still play beach volleyball and then during the week I played indoors. There are a lot of rule differences but I got it down to a routine that I know when I'm on the court and when I'm on the sand. The sand definitely helped my vertical as well.”

Sigala plans to play beach volleyball at the collegiate level while also going to school for nursing after she graduates from TCA in 2023.

Eagles debut a home of their own