No. 8 Boswell takes lead in 6-5A after downing No. 2 Ladycats; Pioneers come back to defeat Bearcats 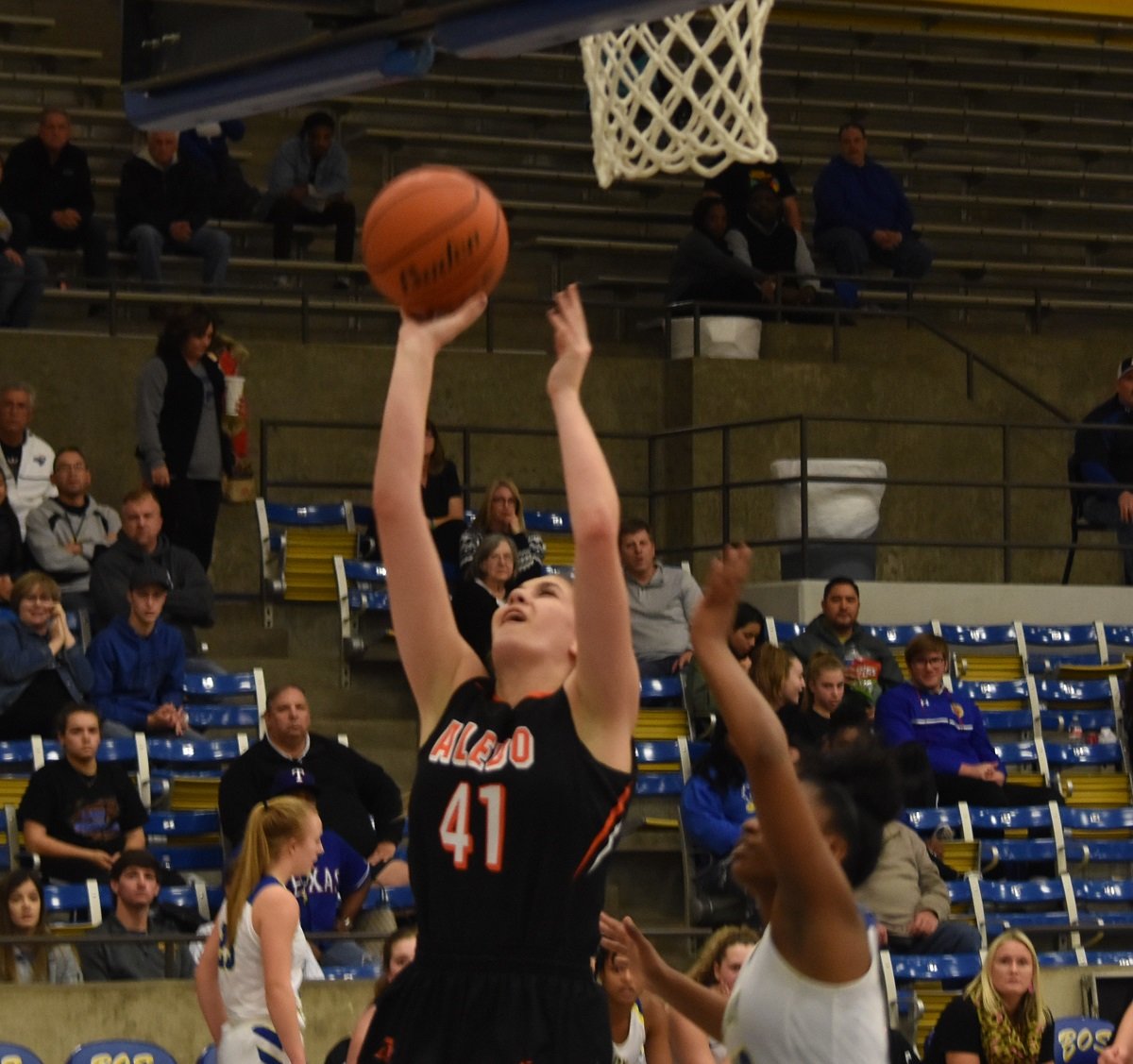 In a battle between two high-ranked girls basketball teams in a game to settle first place after the first round of District 6-5A play, the No. 8 Boswell Lady Pioneers defeated the No. 2 Aledo Ladycats, 79-47, Friday night at Boswell High School.

The loss drops the Ladycats to 6-1 in district play, while Boswell moves to 7-0. The Ladycats will begin the second half of district play at 6:30 p.m. Tuesday at Chisholm Trail High School.

Boswell took advantage of 31 Aledo turnovers, and was led in scoring by Texas commit Audrey Warren, who finished with 22 points. Boswell scored the first 10 points and never looked back. The Lady Pioneers led 26-8 after the first quarter, 37-21 at the half and 59-30 after three quarters.

"We got down early and could not get out of the hole," Ladycats head coach Nikki Hyles said. "They didn't do anything we didn't expect, we just didn't handle the ball well. You can't win games with 31 turnovers. This will be our motivation to get ready to play them again (in the second half of district play).

"We didn't execute our plan. We are going to watch the video and go over everything and get things fixed."

Boswell came back from a 10-point halftime deficit and went on a 22-10 run in the third quarter to come from behind and defeat the Aledo Bearcats, 50-47, Friday night in a boys' District 6-5A basketball game at Boswell High School.

The loss drops the Bearcats to 2-3 in district play, while Boswell raises its league mark to 1-4. The Bearcats will continue district play at 8 p.m. Tuesday at Chisholm Trail High School.

"It came down to defense," Bearcats head coach Fred Jones said "Boswell got a lot of uncontested looks at the basket, and that is something we talk about all the time - do not allow open looks. It is fixable, and our biggest thing is you get so many opportunities in a district run, and this one got away from us.

"But again, defensively we had a letdown in the third quarter, and it changed the game."

The Bearcats led 12-9 after the first quarter and built a 24-14 cushion at the half. In the third period, after Aledo guard Austin Hawkins nailed a three-pointer to tie the game, Boswell scored the final bucket of the third quarter to take a 36-34 lead and complete the 22-10 run.

Boswell never trailed in the fourth quarter. Boswell stretched its lead to 45-40 with three minutes left to play, but a made free throw each by Noah Arrington and Leo Bell surrounded by a tear-drop layup by Tre Owens cut the Pioneers' lead to 45-44 with 51 seconds remaining in the contest.

After Boswell guard Tymon Livas canned a pair from the charity stripe to give the Pioneer a 47-44 lead, Arrington matched the effort and hit a pair of free throws with 24 seconds left to cut the lead to 47-46. Forced to foul, the Bearcats put Limas back on the line, and he connected on both charity shots for a 49-46 lead with 22 ticks left on the clock.

With 10 seconds left Boswell fouled a driving Owens, who hit one of two charity shots to cut the lead to 49-47. Aledo wasted little time and fouled two seconds later, and Boswell guard Breshun Berry hit the first free throw but missed the second as Owens came up with the rebound with his team down, 50-47.

A long Aledo three-point attempt sailed wide as the buzzer sounded as Boswell hung on for the win.

Leo Bell scored 13 points to lead the Bearcats, with Arrington adding 11. Also scoring were Hawkins with nine points, Ayden Smith and Owens, each with five, and Hunter Vela and Reid Dietrich, each with two.

Aledo guard Hunter Vela drives in for a scoop-and-score layup Friday night during the Bearcats' loss at Boswell. Photos by Tony Eierdam