We all receive gifts at one time or another along life’s journey, but some gifts inevitably mean more than others.

My late aunt Joyce knitted or crocheted (I’m not sure which) an afghan that she gave me as a gift when I graduated from Iowa Park High School in 1975.

Now, some 46 years later, I still use it when it gets chilly, and I always think of her when I do.

I want to tell you about another such gift.

I was honored to serve as president of the Texas Press Association (TPA) from the summer of 2016 to the summer of 2017. As a magician by hobby, I used a magical theme when we planned the 2017 TPA convention.

Two of my great friends, Jim and Suzanne Bardwell, have always been mainstays at pretty much every press convention I have ever attended. In fact, Jim was the president of the North and East Texas Press Association in my early years at this newspaper, and he is the one who originally nominated me to a leadership position in that organization.

Jim and Suzanne have always come as a couple. They met at church camp when they were 13 years old, and a few years later they became husband and wife.

Jim was always publisher material and was hired to run several newspapers over the years, and Suzanne was a teacher — a very good one. She taught journalism for many years until she and Jim decided to venture out on their own and buy their own newspaper, the Gladewater Mirror. Later, they added the White Oak Independent and the Lindale News and Times.

They worked hand-in-hand to produce those three small newspapers.

As my presidential year came to a close at that 2017 Texas Press convention, Suzanne and Jim gave me a gift — a coffee cup.

The cup has a rabbit-in-the-hat magical theme. On one side it says “POOF! My work here is done.” On the flip side, the cup says “I always manage to pull it out of somewhere.” 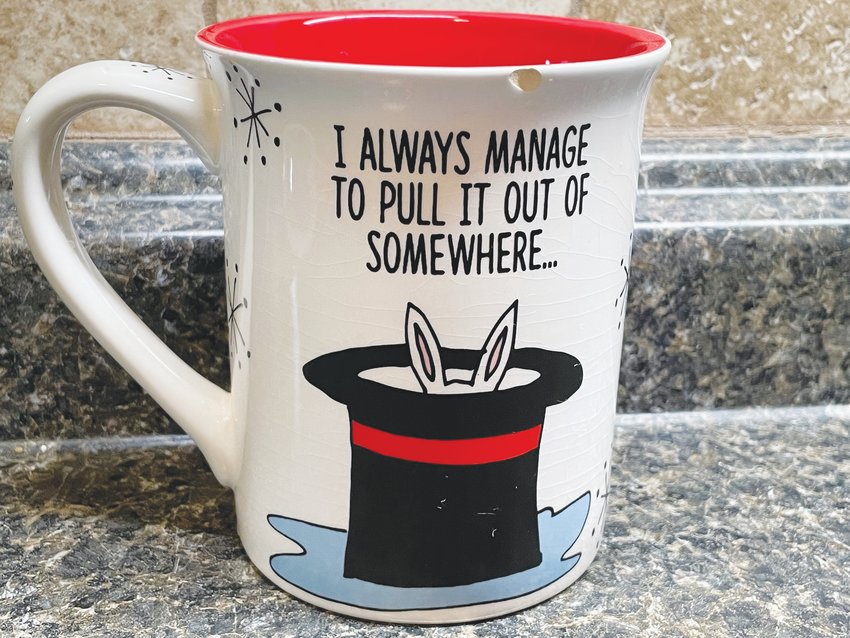 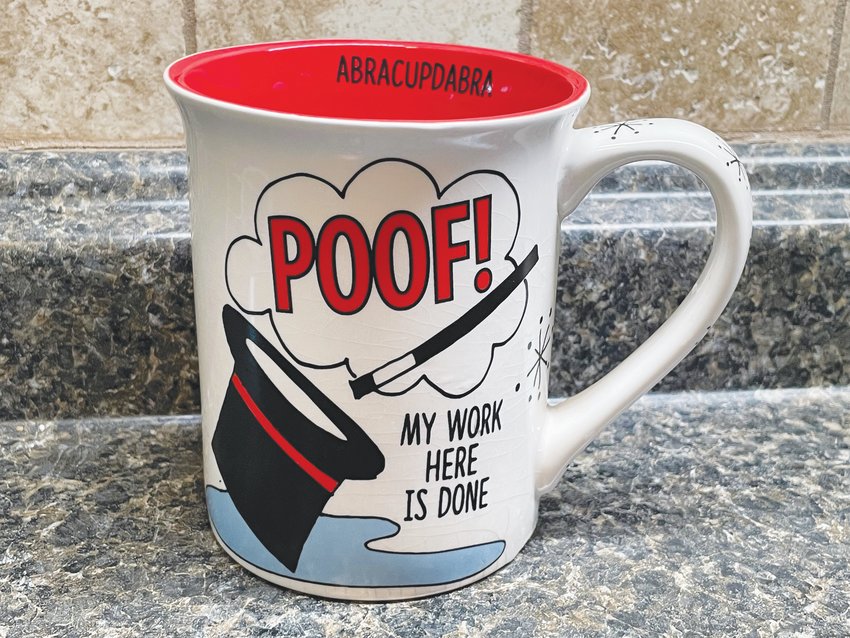 The cup had profound meaning for me in many ways. Of course, the magical theme was there. But the message on the front side of the cup marked the end of a journey. My work there was done.

The flip side, “I always manage to pull it out of somewhere,” could be the mantra for pretty much every community newspaper publisher I know!

More often there are weeks when any given publisher wonders if it is going to happen, wonders if the pages will be ready for the printer, but we always manage to pull it out.

Since Jim and Suzanne gave me that cup, with very few exceptions I drink my coffee from it every morning.

And just as I think of my aunt when I use the afghan, I think of Jim and Suzanne when I drink my coffee each day.

I am a part of a Texas newspaper family that is coping with the loss of Suzanne, who died in a car accident last Friday.

She was a bright spot of every gathering, teaching her students not only journalism, but life.

She wrote personal letters to many of her students, and handed out “Bard’s Life’s Little Instruction Book” containing a couple of hundred “rules” such as “The secret of happy living is not to do what you like, but to like what you do.” Another is “Joy is not the absence of suffering but the presence of God.”

One of her former students wrote: “She was truly one of a kind, and one of the greatest gifts God could have given to the people she touched, inspired, encouraged, and meant so much to. To this day, I always tell people of ‘that one teacher’ that really encouraged me and saw something in me that I didn’t even see myself.”

Suzanne left those who knew her, and especially her students, gifts that they will use all their lives — gifts much more substantial than a coffee cup.

Her gifts were tools to a better life..

If I could say one thing to Suzanne today, it would be to quote the coffee cup. “Your work here is done. I don’t think you could have done it any better.”