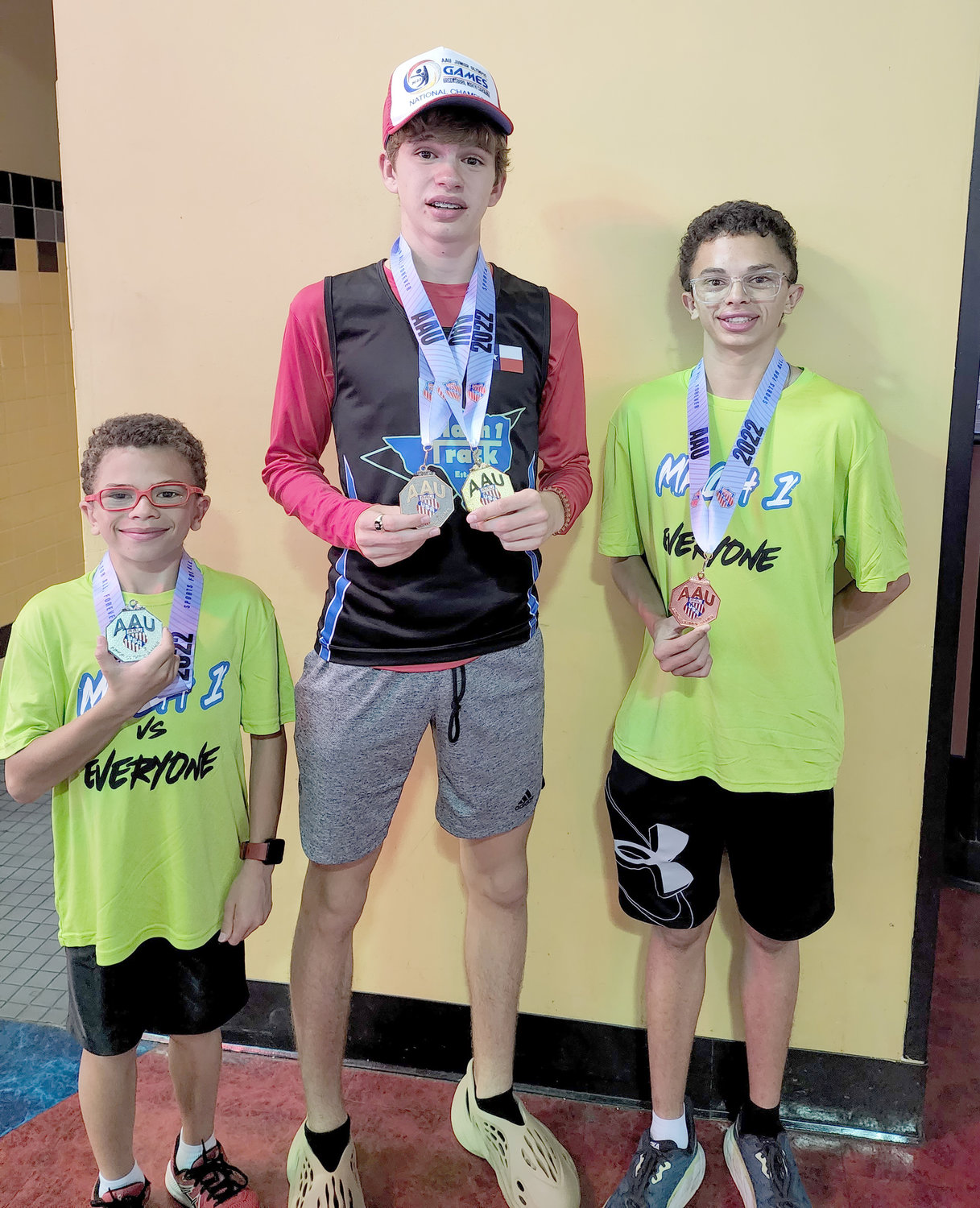 The Mach I Track Club in Weatherford has been sending athletes to the Amateur Athletic Union Junior Olympics for years, but never before have they accomplished what happened this past week in Greensboro, North Carolina.

Gannon Dolan not only captured the club’s third national championship in its lengthy history, but he became the first club member to set a national record in doing so. Competing in the Boys 13-14 division, he bested the previous record by four seconds in posting a time of eight minutes, 59 seconds to win the 3,000-meter run.

Dolan’s victory was by almost eight seconds faster than the runner-up.

“Gannon is a great runner and easy to coach because he listens to what you tell him and does exactly what we expect,” Mach I head coach Lupe Torres said. “It doesn’t hurt that he is a hard worker, like all the other Mach I athletes.”

Previous national champions for Mach I were Micah Neal and David Hebert.

In addition to his gold medal and record-setting performance, the Granbury runner was named All-American. He also finished third in the 1,500 earlier in the week with a time of 4:15.

All athletes who finished in the top eight of an event received All-American recognition.

Dolan joined Mach I in September of 2021. He then advanced to AAU nationals in cross country, finishing 11th at the meet in Kentucky.

“I did four workouts with them and went from the top 100 in Texas to the top six in the nation (his best time before nationals),” he said. “The Lord willing I’ll be with Mach I all through high school.”

Dolan will move into the Boys 15-16 division next season, where he said he already has his sights set on the national record of 8:42 in that age group.

One of the more inspirational performances in the meet came from Josh Fink of Aledo, competing in the Boys 11-12 division. In the 1,500 race/walk he tripped and fell down and subsequently fell far behind in the race. He recovered to finish second with a personal-record time of 8:22.

“Josh displayed a great deal of never give up attitude. Mach I is very proud of how he raced,” Torres said.

“I think somebody kicked the back of my foot,” Josh said. “I was thinking, ‘I made it this far. I know what to do, I need to just do it.’”

Jack and Josh Fink, Haught, Mansell and Walden were making a return trip to nationals.

“Everyone that ran at nationals really ran hard and really represented Mach I,” Torres said. “And those who didn’t compete had a great season that we are really proud of.”