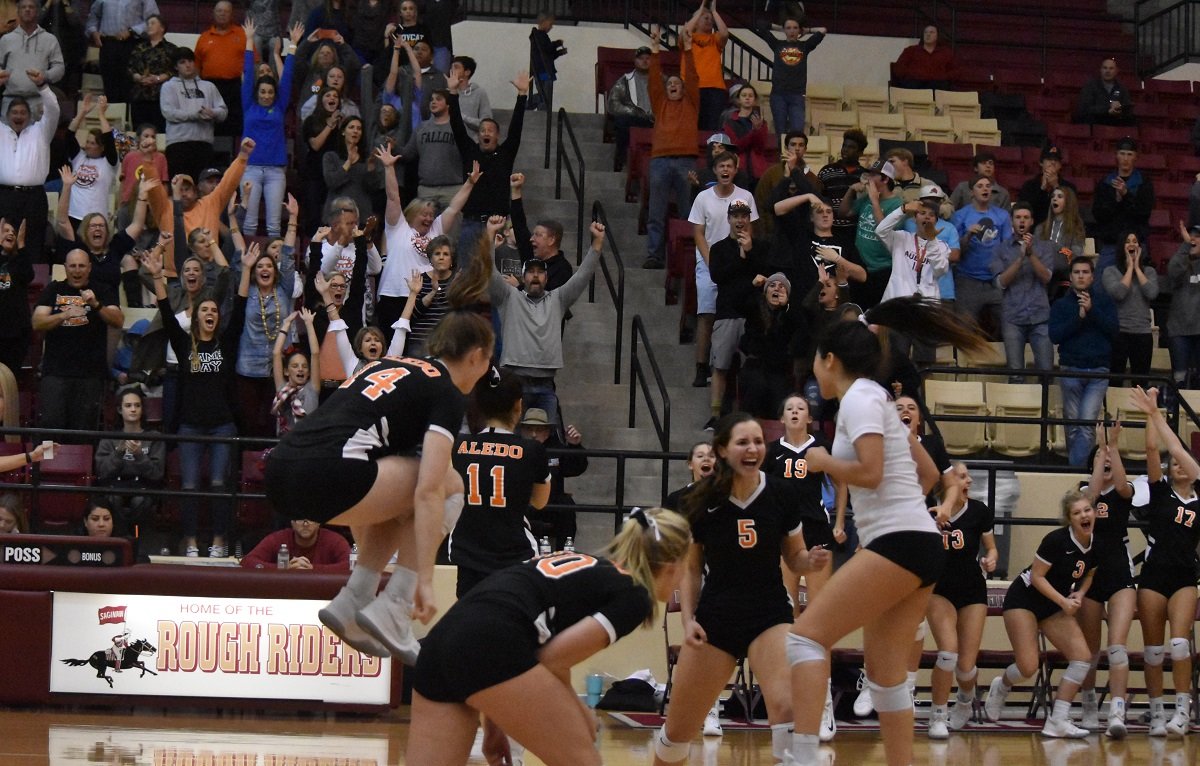 The Aledo Ladycats celebrate after defeating Grapevine in five games to win a Class 5A regional quarterfinal match Tuesday night at Saginaw High School. The win advances the Ladycats to the regional tournament in Abilene. Photos by Tony Eierdam
Posted Tuesday, November 7, 2017 10:43 pm

Paced by a pair of runs in the fifth set, the Aledo Ladycats shook off losses in games three and four to win the fifth and deciding game, 15-9, over the Grapevine Lady Mustangs Tuesday night in a Class 5A regional quarterfinal match at Saginaw High School.

The Ladycats took the opening game of the best of five match, 26-24. Aledo took a 2-0 lead in games after a convincing 25-14 win in game two, but Grapevine did not give up.

Grapevine took an early 4-2 lead in the fifth game, but Aledo came back with a 6-0 run for an 8-4 advantage.

Grapevine cut the Ladycats' lead to 10-9, but Aledo followed with a 4-0 run - thanks in part to a kill each from Sydney Casey and Hannah Jones, - for a 14-9 lead that brought the fifth game to match point.

On the ensuing rally, a Grapevine return sailed long for the Ladycats' match-winning point.

In other 5A, Region I volleyball action, Boswell was swept by Colleyville Heritage.

For the complete story on the Ladycats/Grapevine match see the Nov. 10 issue of The Community News.