Ladycats stay at top of district standings with 67-26 win over Brewer; Bearcats fall to Bears 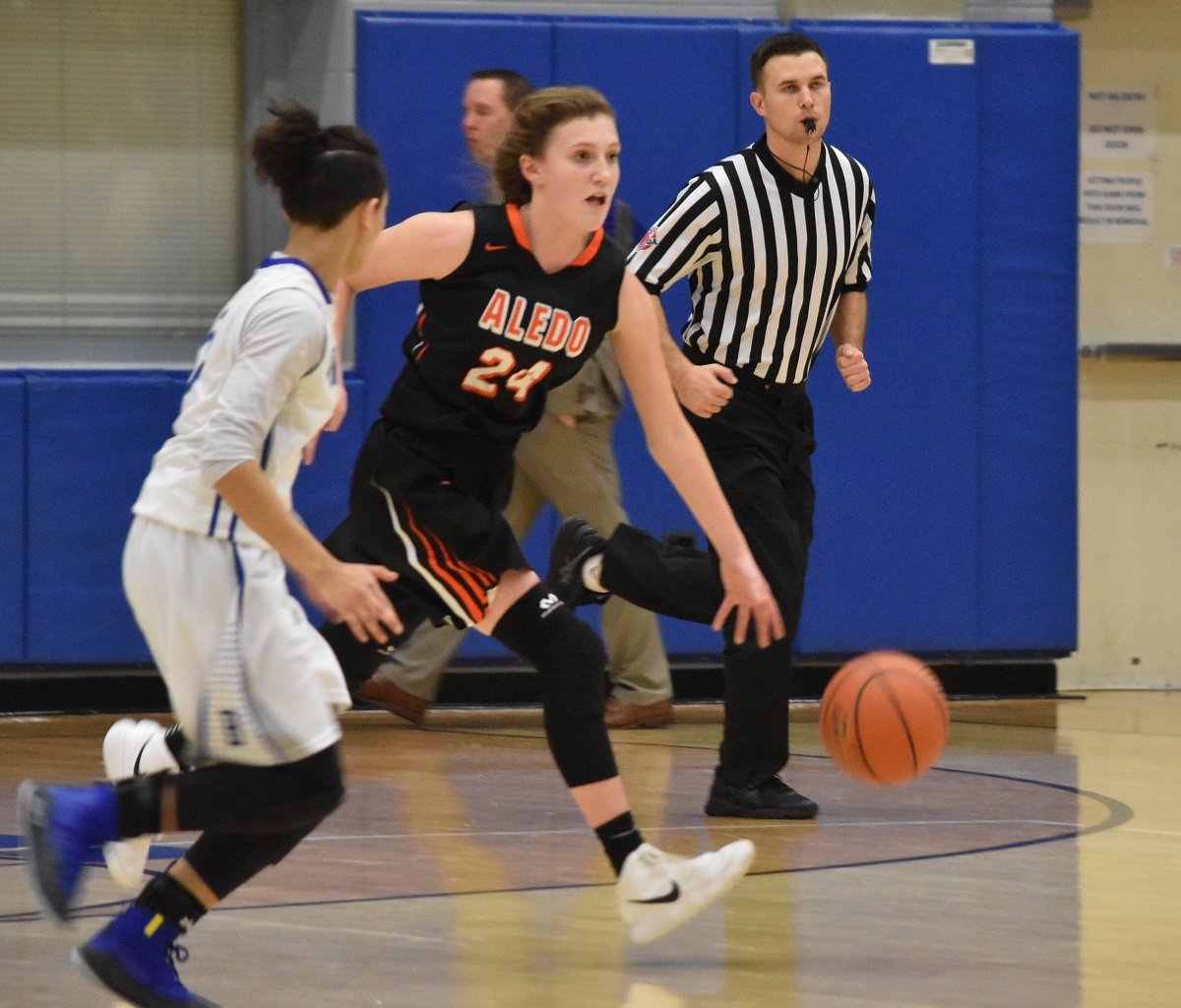 Nine different Aledo ladies figured in the scoring as the state-ranked No. 2 Ladycats ran past the Brewer Lady Bears, 67-26, Friday night in a girls' District 6-5A basketball game at Brewer High School.

The win raises the Ladycats' record to 21-2, and 5-0 in district play. Aledo is tied with Boswell for the district lead, and the two teams will meet Jan. 12 at Boswell High School. The Ladycats will continue 6-5A action at 6:30 p.m. Tuesday at home against Northwest.

Taylor Morgan and Reagan Brown each scored 11 points to lead the team, with Riley Sale and Janessa Payne each adding 10. Also scoring were Elizabeth Allanach with nine points, Sarah Haeussler with six, Alaina Touchet and Chandler Arnold, each with four, and Abby Losos with two.

Brewer ended the first half on a 12-6 run and held off the determined and aggressive Aledo squad in the second half as the Bears got past Bearcats, 61-44, Friday night in a boys' District 6-5A hoops contest at Brewer High School.

The Bearcats suffered their first district loss and drop to 2-1 in league play, while Brewer raises its 6-5A mark to 2-1.

Cameron Yates and Noah Arrington each scored 13 points to lead the 'Cats. Arrington also pulled down a team-high eight rebounds.

Also scoring were Austin Hawkins with seven points, Leo Bell with five, Ayden Smith with three, Hunter Vela with two and Tre Owens with one.

The Bearcats will return to district action at 8 p.m. Tuesday at home against state-ranked No. 3 Northwest.