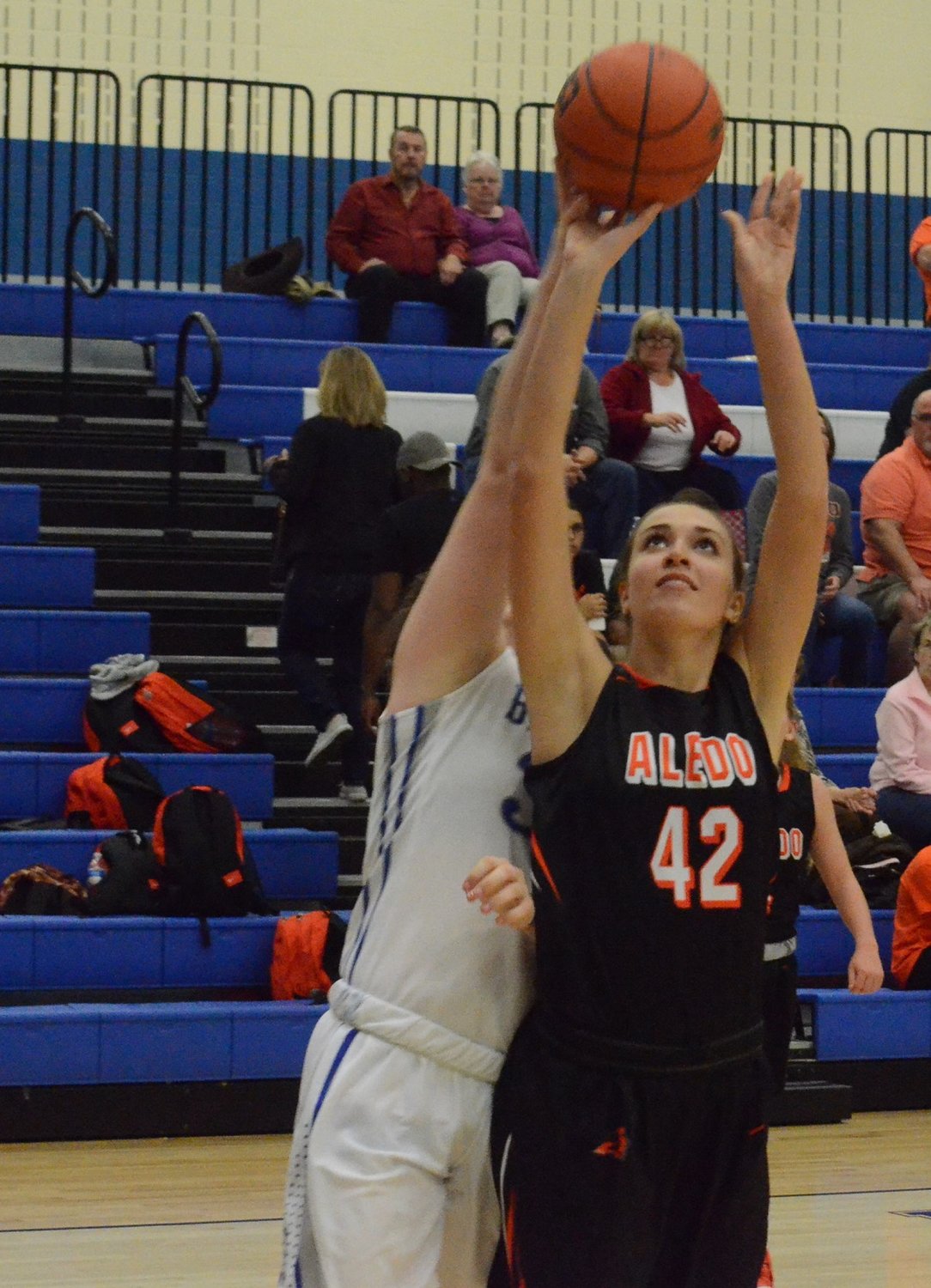 Holding Brewer to single digits in every quarter, the Aledo Ladycats cruised past the Lady Bears, 64-21, Tuesday night in a girls' District 6-5A basketball game at Brewer.

The win raises the third-place Ladycats' 6-5A mark to 9-3 as Aledo is two games ahead of Chisholm Trail, which lost to second-place Northwest. The Ladycats will host Northwest on Friday with a chance to tie the Lady Texans for second place.

Aledo held Brewer to 6, 3, 7 and 5 points in consecutive quarters, while using a 23-3 run in the second period to put the game away. The Ladycats led 42-9 at the break and took a 53-16 advantage into the fourth quarter.

Taylor Morgan led the Ladycats with 19 points, with Janessa Payne adding 12. Also scoring in double figures were Riley Sale with 11 points and Sarah Haeussler with 10.

Other Ladycats' scorers included Erin Weiss with four points, followed by Elizabeth Allanach, Abby Losos and Chloe Mefford, each with two, and Anastasia Morrison and Hannah Adrion, each with one.

Brewer went on a 14-5 run in the second quarter and never looked back as the Bears defeated the Aledo Bearcats, 60-41, in a boys' District 6-5A basketball game Tuesday night at Brewer.

The loss drops the Bearcats to 4-6, while Brewer - which hit 10 three-pointers in the contest - raised its league mark to 8-2.

Brewer took an 18-7 lead after the opening period and built a 32-12 cushion at the half. Brewer outscored Aledo 18-12 in the third period to take a 50-24 lead into the fourth quarter.

Also scoring for the Bearcats were Andres Valdez with seven points, Cam Caldwell and Tre Owens, each with six, Jake Hawkins with five, Hunter Vela and Noah Arrington, each with three, and Ayden Smith with two.

The Bearcats will return to district action on Friday at home against Northwest.

For more on both games see the Feb. 3 issue of The Community News.

Aledo guard Cameron Yates (12) gets out of trouble under the basket Tuesday night during the Bearcats' loss at Brewer. Yates led the Bearcats with nine points. Photos by Tony Eierdam