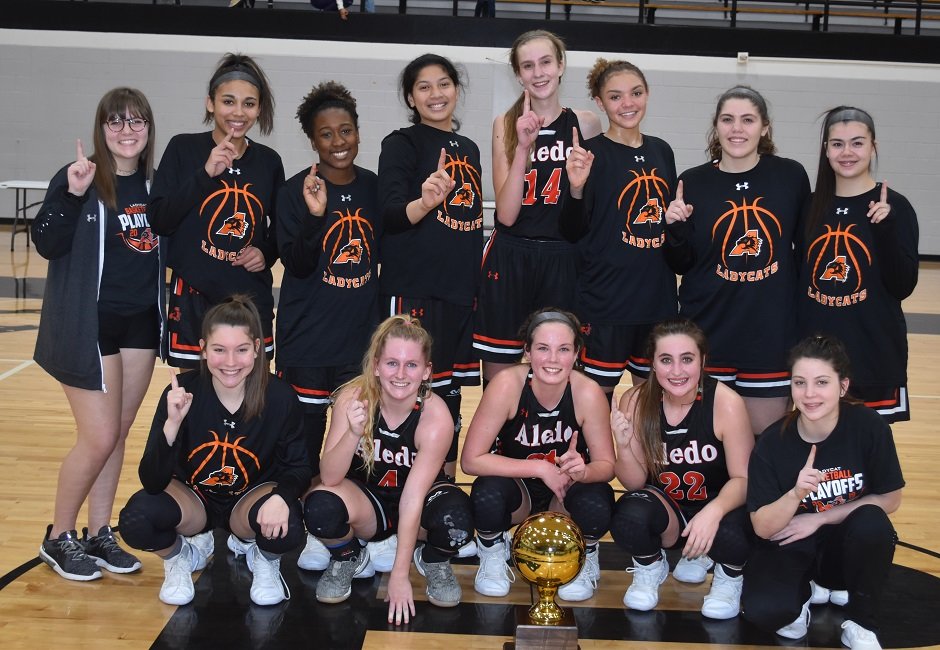 The Ladycats (26-7) will advance to the regional quarterfinals and face No. 2 Amarillo, a winner over El Paso Eastlake in another area championship game.

The Ladycats and Amarillo will play at 6 p.m. Tuesday at Sweetwater High School.

The Ladycats scored 22 points in the fourth quarter to thwart off a Burges comeback effort.

“We just stuck to our game plan,” Ladycats head coach Nikki Hyles said. “But we had more turnovers than I would have liked in the first half which kept Burges in the game. Burges is a very good team, and they were gritty and got after us.”

In addition to Allanach, guard Riley Sale and post Maddie Shumway each finished with double figures in scoring - each with 13 points - and Pearce added seven points to go along with her 12 boards.

“Liz (Allanach) had a great game, and Riley and Audrey had great games," Hyles said. "But we played good team basketball, and I thought we did a better job tonight of rebounding and blocking out, especially in the second half. We executed our game plan well on both ends of the court.”

After taking a two-point lead in the first quarter, Allanach and Sale each connected on a trey and freshman Kylie Anderson closed the first-quarter scoring with a driving layup to give the Ladycats a 19-10 lead after eight minutes.

Burges, a small but quick team, managed to cut the AHS lead to 25-21 before the Ladycats closed the first half with a scoring flurry.

The run began with a three-pointer from the left baseline by Allanach. Shumway followed by hitting one of two free throws, and as the buzzer sounded Sale swished a jumper from the left side as Aledo took a 31-21 lead at the half.

In the third quarter Burges once again cut into the Ladycats’ lead. But leading 34-28, but Aledo canned five of six charity shots to extend its lead to 39-25.

Later in the third period the Ladycats’ lead grew to 43-29 after a put back following an offensive rebound by Shumway, but Burges stayed in the game by canning consecutive threes to cut the Ladycats’ lead to 43-35 as the contest moved to the fourth quarter.

The Ladycats, however, made sure the Lady Mustangs would not come back by scoring 22 fourth-quarter points – paced by seven points from Sale and six by Allanach – to secure the win and advance to the regional quarterfinals.

Also scoring for the Ladycats were Haley Herrin with four points and Anderson with two.

Aledo’s Elijah Sohn finished in second place in both the boys’ 200 and 100 freestyle races in preliminaries today in Austin as he advances to the finals in both races.

The top eight finishers in the preliminary rounds advance to the state finals.

Also, Hannah Farmer will compete for medals Saturday in two races. She finished second in girls’ 100 Breaststroke and eighth in the girls’ 50 Freestyle to advance to the finals in both races.

The quartet also competed in the girls 200 Medley Relay, finishing in 20th place.

Class 5A finals begin at 3:30 p.m. Saturday at the Lee and Joe Jamail Texas Swimming Center on the campus of the University of Texas.