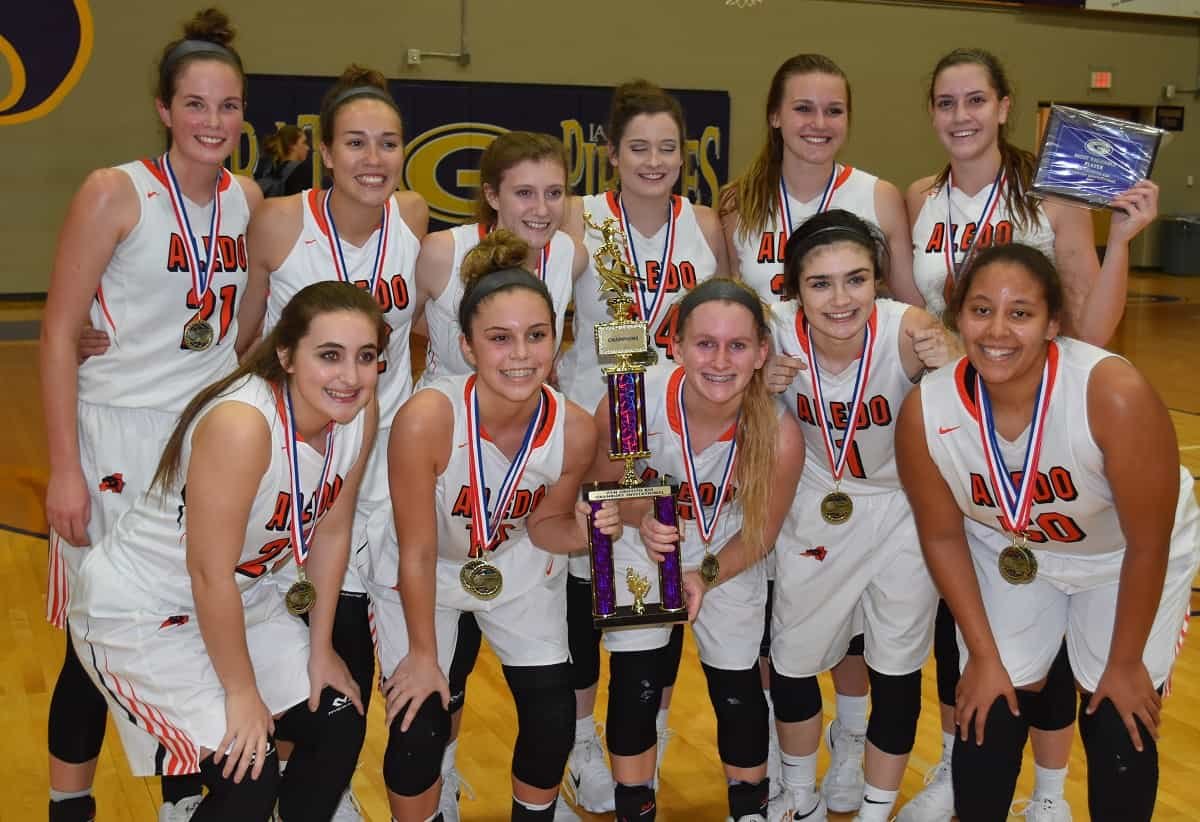 The Aledo Ladycats pose with their championship trophy moments after winning the Granbury tournament with a 45-36 win over Burleson Centennial. Photo by Tony Eierdam
Posted Saturday, December 2, 2017 7:20 pm

Aledo senior post Sarah Haeussler poured in a game-high 15 points and grabbed nine rebounds to lead the Ladycats to a 45-36 victory over Burleson Centennial Saturday afternoon in the championship game of the Granbury tournament.

Haeussler was named Most Valuable Player of the tournament, with sophomore guard Taylor Morgan and sophomore post Janessa Payne each selected to the all-tournament team.

After junior guard Elizabeth Allanach opened the scoring with a three-point bucket, Haeussler scored on a put back and a jumper from the lane for a quick 7-0 lead. Aledo would never trail in the game.

The Ladycats led 16-7 after the first quarter and built a 25-14 lead at the half. Centennial outscored Aledo 9-8 in the third period to cut the Ladycats' lead to 33-23 as the game moved to the fourth quarter.

In the fourth period, Centennial, using a strong press, cut the lead to 37-34. But down the stretch, Morgan canned eight free throws to seal the win.

Also scoring for the Ladycats were Payne with nine points, Morgan with eight, Allanach with seven, Riley Sale with four and Abby Losos with two.

The Ladycats (13-2) will continue non-district play at 6:30 p.m. Tuesday at Mineral Wells.