Ladycats, Bearcats take wins over Saginaw in 6-5A soccer action 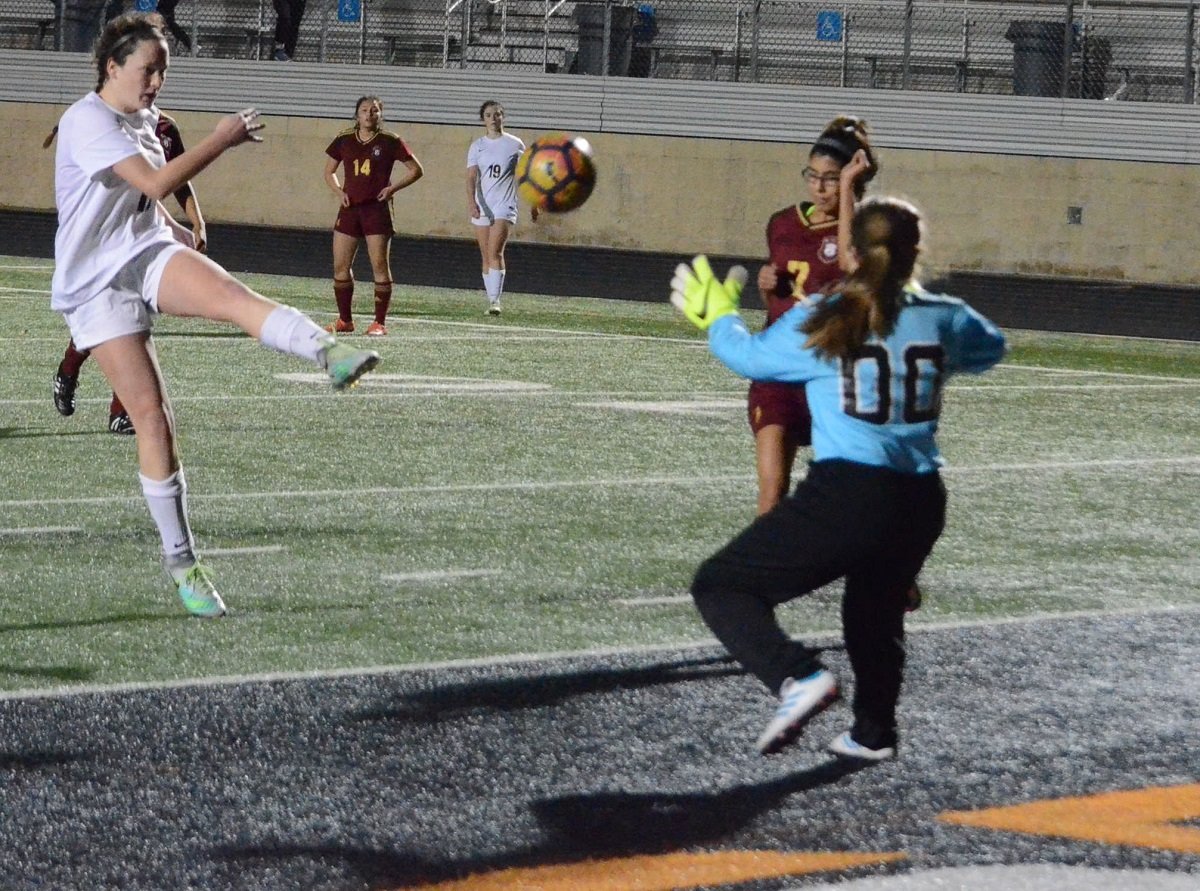 Both the Aledo Ladycats and Bearcats soccer teams defeated Saginaw in District 6-5A soccer matches on Tuesday night, and both remain on top of the league standings.

Six different Ladycats scored, and goalkeeper Makenzie Covington did not have to make a save in a match played at Bearcat Stadium.

The win raises the first-place Ladycats' district record to 8-1.

The Ladycats led 2-0 at the half on goals by Kristen Burns and Reagan Knesek. Burns' goal came after a corner kick by Knesek, and Knesek's goal was unassisted.

Cameron Huddleston found the back of the net to begin the second half scoring, with Brooke Jones, Krista Thrasher and Vanessa Rajan each following with a goal. Peyton Laughley assisted on the fifth and sixth goals.

At Saginaw, the Bearcats stayed undefeated at 9-0 in district play after the win.

Both teams will be back in 6-5A action at 7:30 p.m. Friday . The Ladycats will host Eaton while the Bearcats travel to Eaton High School.

For more on both Tuesday matches see the Feb. 24 issue of The Community News.