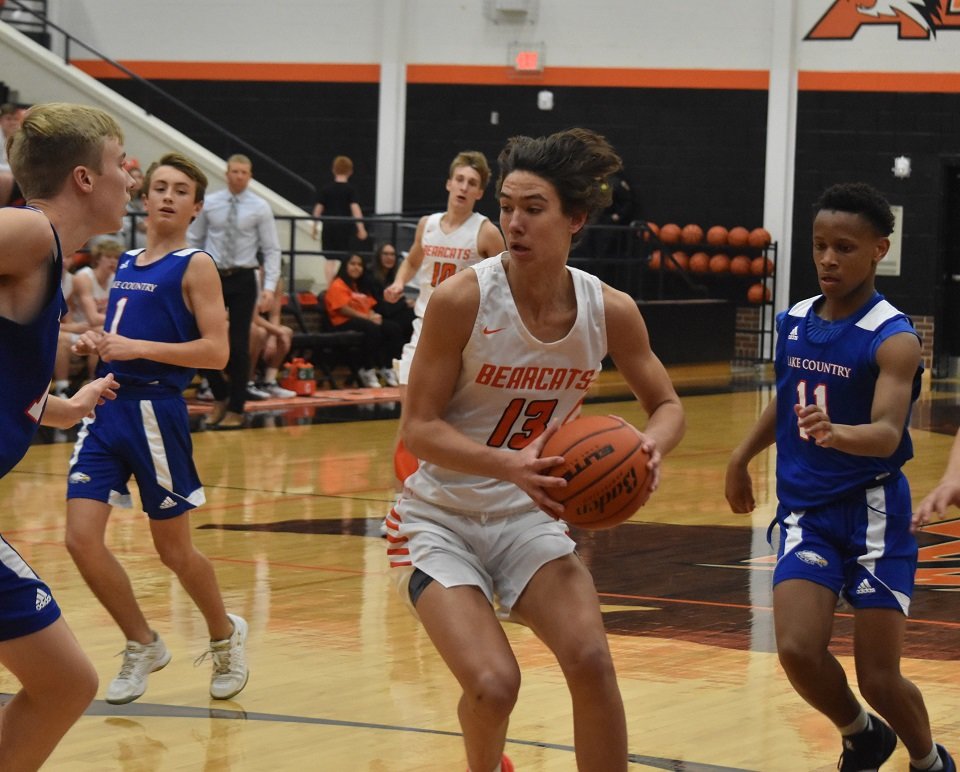 Both the Aledo Ladycats and Bearcats basketball teams won today in their respective openers of the Moritz Classic tournament at Aledo High School.

Also scoring were Cole Nitsch with 10 points, Christian Hillman with five, Clark Crawford with four, Reid Dietrich, Audie Isbell and Braedyn Eicke, each with three, and Chase Becker with two.

The Bearcats will continue tournament play at 1:30 p.m. Friday against Fort Worth South Hills in the main gym.

Aledo freshman post Raylee McDonald drives in for a layup during the Ladycats' 55-42 victory over Sheldon, Australia. Photo by Tony Eierdam

Also scoring were Presley Hull with six points, Haley Herrin, Addyson Hebel and Abby Morrison, each with five, Audrey Pearce with four, Sophie Smith and Kylie Anderson, each with three, and Laila Grubbs, Raylee McDonald, Kalen Atonio and Melia Miller, each with two.

The Ladycats will play two games on Friday, at 9 a.m. against Princeton and 3 p.m. against Krum. Both games will be played in the main gym.

The Ladycats JV will play Sheldon at 4:30 p.m. Friday in the practice gym.