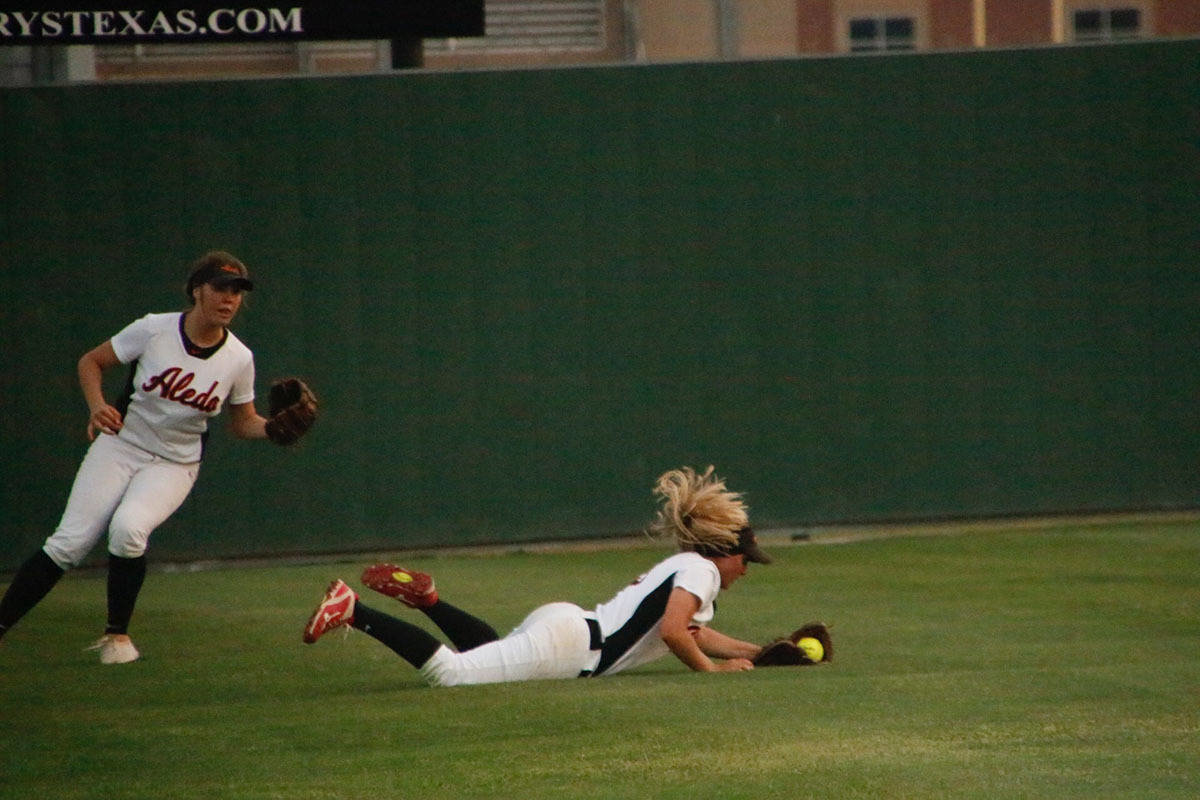 Pitcher Hannah Andrews knocked in the winning run in the bottom of the seventh inning after a game where the Ladycats struggled to stay on top, battling fielding mistakes and sluggish bats.

"I told them to wake up," said coach Heather Oakes. "We were treating it like we knew we were going to win, but midway through I told them they weren't going to lay down and we had to start fighting."

Denison took a 2-0 lead in the first inning but Aledo answered with four runs of their own in the bottom of the first. Denison tied the game up at 4-4 in the second, and the Ladycats were only able to manage two hits in the second, third and fourth innings.

The bats finally woke up in the fifth inning with Andrews knocking a double nearly out of the park, sending Megan Reynolds across the plate for the go-ahead run to make it 5-4 in the Ladycats' favor.

Denison tied it up in the top of the seventh inning but a diving catch by Gracie King provided the third out, paving the way for Mykayla Stroud to lead off with a single, followed by Reynolds with another single, and then Andrews' winning RBI single.

The Ladycats will play Richland in the next round of the playoffs. Oakes said she would like another best-of-three series but didn't have any details on time or dates yet.