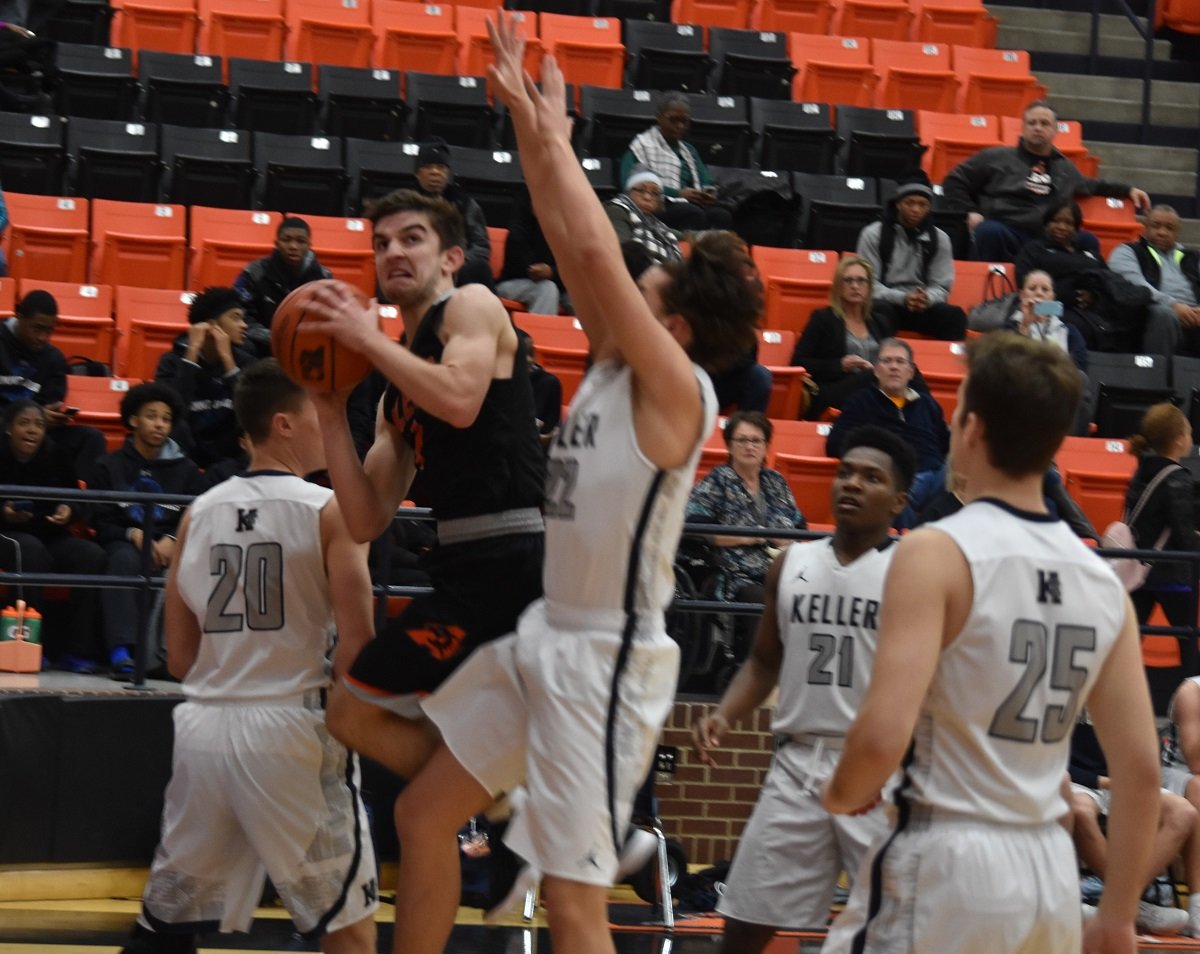 Keller scored the first 21 points on its way to a 63-29 win over the Aledo Bearcats Friday afternoon in the Moritz Dealerships Holiday Classic fifth-place game at the Aledo High School gym.

The Bearcats (11-11) went 2-2 in the tournament, defeating Dallas Molina and Arlington High School. The Bearcats have concluded non-district play and will pick up District 6-5A action on Tuesday at home against Eaton. The tip is scheduled for 8 p.m.

Bearcats head coach Fred Jones said the tournament was a "dress rehearsal" for district play, and that it allowed newcomers from football - Tre Owens and Jeffrey "Scooby" Carter - to see a little game action.

"It was nice to get back on the court after the holiday break," Jones said. "Getting back on the court and getting our legs back was extremely important. Another important element was playing four games in two days allowed us to work on our depth. A lot of guys had opportunities to play, and this tournament helped get Tre and Scooby to learn our system.

"Tournaments like this for us are huge. This prepares us for Eaton. I love our team. We have great leadership, and the guys play hard. The biggest thing is, these guys believe in team. Everybody has a role, and it is going to take every player doing his job to give us a chance. That's the best part about this team."

Owens led the Bearcats with 10 points, with Austin Hawkins adding nine. Also scoring were Ayden Smith, Cameron Yates and Brian Biggs, each with three points, and Max Newell with one.

Aledo junior Tre Owens (2) attacks the basket on a drive down the lane during the Aledo/Keller game. Owens led the Bearcats with 10 points.

Aledo senior Hunter Vela (13) gets into defensive position during the Bearcats/Keller game at AHS.