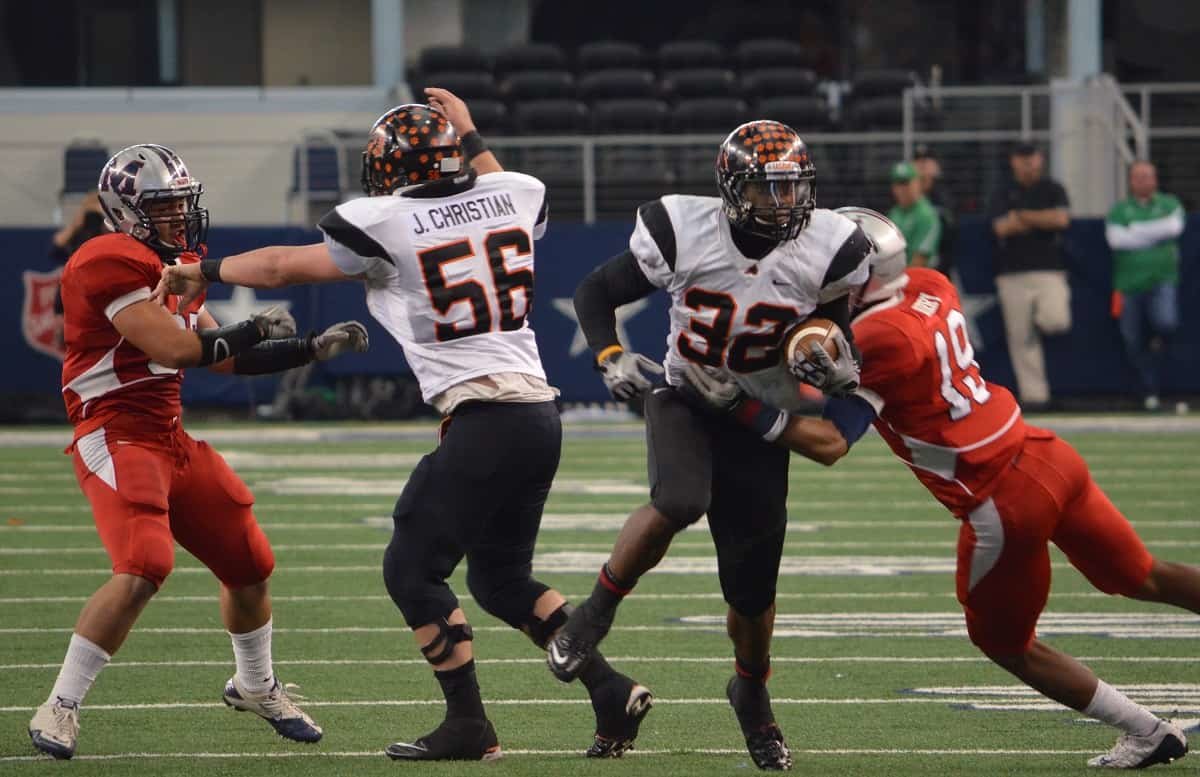 Former Aledo All-American running back Johnathan Gray (32), shown in the 2011 state championship game, will be inducted into the Texas High School Football Hall of Fame in May, it was announced today.
Posted Thursday, October 19, 2017 2:29 pm

Former Aledo Bearcats All-American running back Johnathan Gray will be inducted as part of the Class of  2018 to the Texas High School Football Hall of Fame, it was announced today in a press release.

Gray, representing the time period of the 2000s, will be inducted along with Bobby Cavazos (1950s and  before), Brad Dusek (1960s), Ken Washington (1970s), Tommy Jeter (1980s) and Kliff Kingsbury (1990s). Non-players also being inducted are coaches Phil Danaher and Bob Shelton, along with contributors Dave Campbell and Bruce Hardy.

Gray, who led Aledo to three-straight state championships from 2009-2011, rushed for 10,889 yards, falling just 343 yards short of Kenneth Hall’s career rushing record. Gray scored 205 touchdowns, including setting a state-championship-game record by scoring eight touchdowns in Aledo’s 69-34 victory over La Marque in 2010. Gray went on to the University of Texas where he finished his college career in 12th place on the Longhorns career rushing list with 2,607 yards.

The Class of 2018 the Hall of Fame induction ceremony will be at 6 p.m. on May 5 at Baylor University’s Ferrell Center. Tickets cost $45 for adults and $15 for students. To order tickets, contact Tiffany Wilkins at txhs.footballhof@gmail.com or call (210) 290-8570.