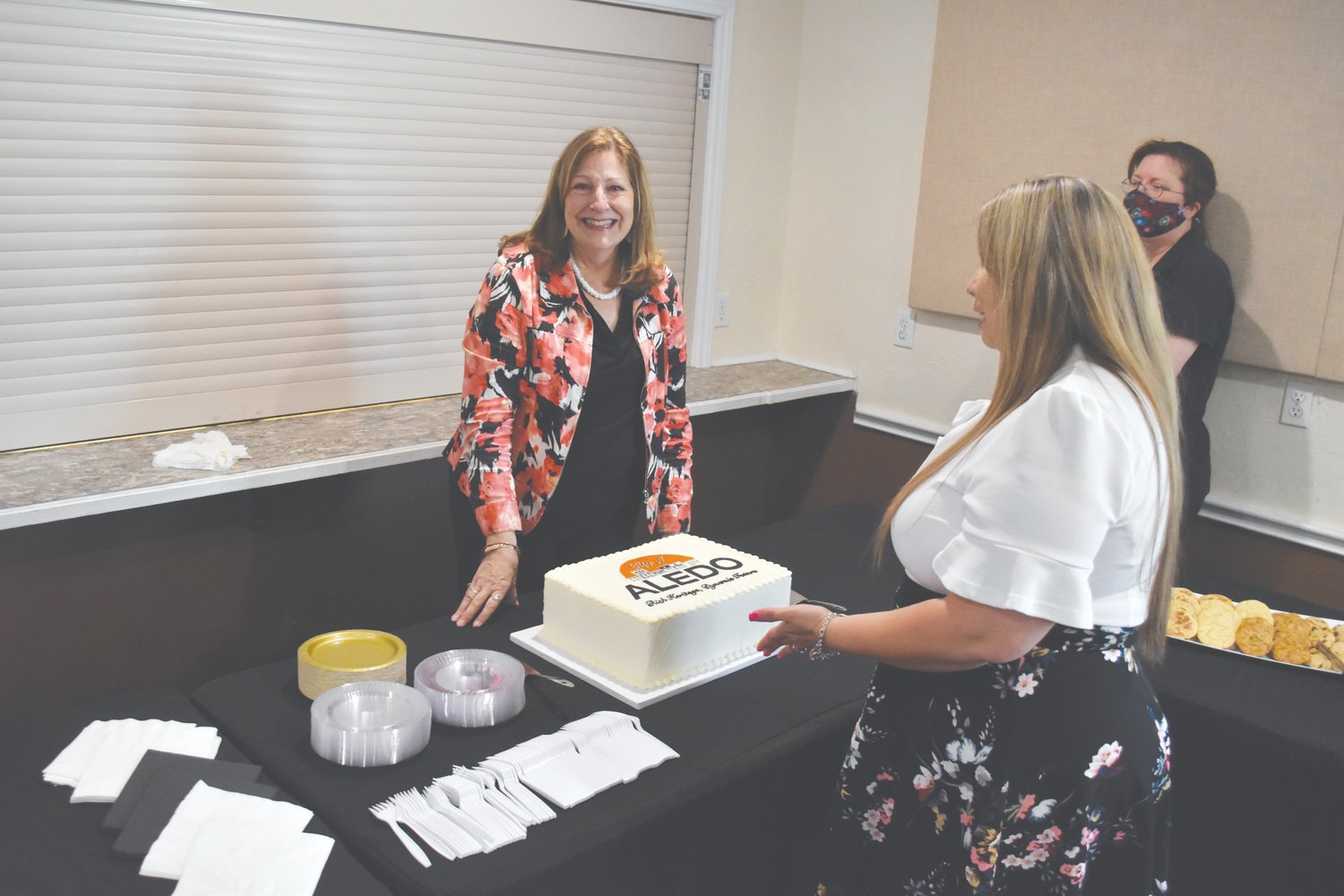 Kit Marshall is shown at the going away reception held on May 26 at the Aledo Community Center.
Randy Keck/The Community News
Posted Friday, June 24, 2022 3:23 pm

Last Thursday, Kit Marshall made a graceful exit from her role as mayor of the City of Aledo. Kit served on the city council for four years starting in 2002, and then as mayor for the past 16 years.

I couldn’t let the occasion pass without making a few remarks, as I believe Kit’s term, particularly as mayor, was very good for the city.

While no one in elected office, from president to mayor, deserves all the credit or all the blame for what happens, without Kit’s forward thinking and initiative the city would not be where it is today, and she deserves credit for that.

There are so many things she either initiated or played a role in, it is difficult to enumerate, but I have a few selected accomplishments I’d like to highlight.

When I first moved to Aledo, I bought an older frame house on Walnut Street. The house didn’t have a stitch of insulation, and when trains came through town the windows of the house would rattle and the train horn might as well have been in my bedroom, because there was no sound insulation from its source.

Back then, only eight trains a day came through Aledo, yet Aledoans were regularly awakened at 3 a.m. or 5 a.m. by the train whistle.

Kit helped spearhead the effort, along with Johnny Campbell and others, to get a silent crossing in Aledo. It took a while, and there was a lot of red tape, but now, even with a three-fold increase in train traffic, a train whistle is seldom heard.

Anyone in Aledo who gets a good night’s sleep can thank Kit.

Kit has also played a major role in helping to preserve the look and feel of downtown Aledo, promoting policies that helped with the establishment of a historic district in the city. Programs that helped Front Street maintain its identity helped Aledo keep its unique personality. Kit also instigated the painting of historic murals in the city.

Along those same lines, if you work out at Aledo Athletic Club you’ll notice an old windmill on the property. Kit was involved in the negotiations with the developer that kept that bit of local history intact.

Perhaps her crowning achievement before leaving office was helping secure about 300 acres of new extraterritorial jurisdiction tat most likely will eventually become part of the city at its entrance.

The potential for growth in commercial tax base in that particular transaction will be great for the city and its taxpayers.

I didn’t always agree with Kit on everything, but in her time as mayor she operated as a fierce advocate for the city, whether by securing new infrastructure such as the widening of FM 1187, working to bring water in from Fort Worth long before other cities, or shepherding creative solutions to traffic problems such as the loop around Aledo Commons.

There is a lot more, but suffice it to say Kit has been a major asset to the city, and we owe a debt of gratitude.

And for those who don’t realize, the mayor is not a paid position. Kit has given countless hours over 20 years to the city.

So I think it only appropriate to say “Kit, ya’ done good! Thank you!”