Bombs away: Ladycats smash 3 home runs to blow out Denison, 14-3, in opening game of bi-district playoffs 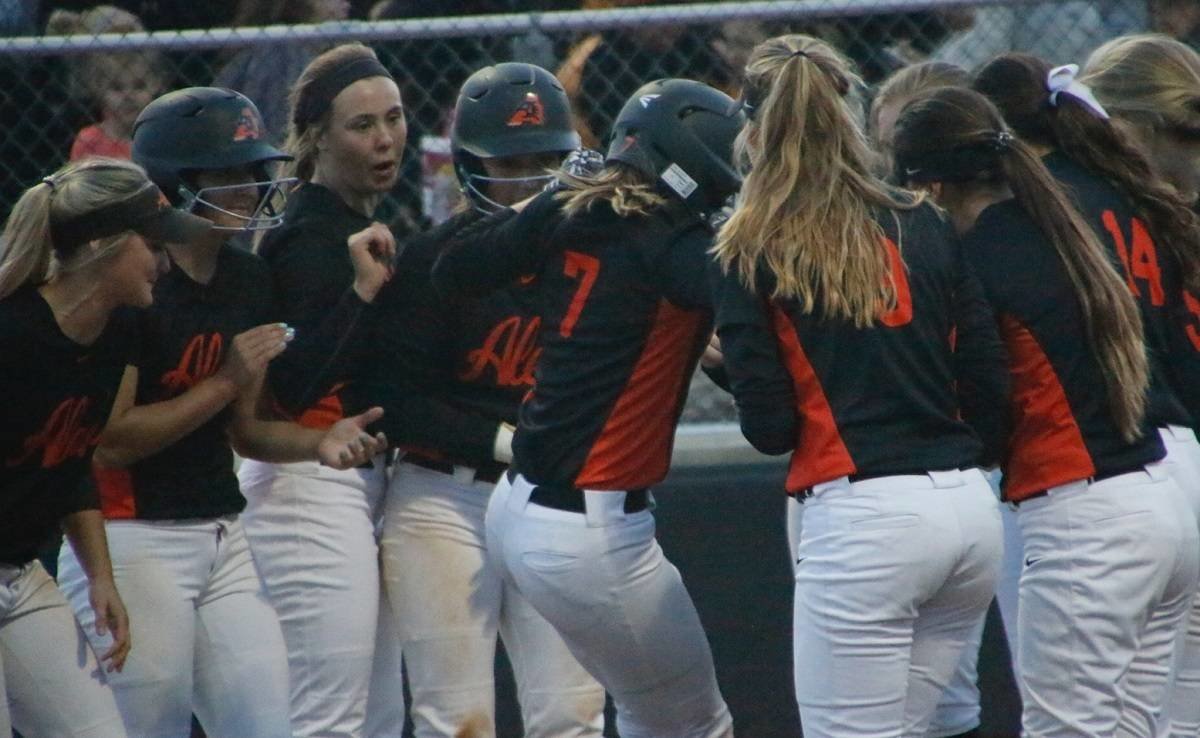 Mykayla Stroud smashed two home runs and Lindsey McElroy added another to lead the Aledo Ladycats to a convincing 14-3 victory over Denison Wednesday night in the opening game of a best-of-3 bi-district playoff series at Denison.

Game 2 will be at 5 p.m. Saturday at Aledo. If a third game is necessary, it will be played following Game 2.

Hannah Andrews was the winning pitcher, allowing four hits and two walks while striking out eight in seven innings.

The Ladycats took a 2-0 lead in the first when Megan Reynolds drove in a pair of runs with a single. McElroy blasted a two-run homer in the second for a 4-1 lead.

The Ladycats sent up 10 batters in the five-run fourth. The big hit in the frame was a two-run homer by Stroud, who also hit a round-tripper in the fifth. Two more runs were scored in the fourth when Sydney Marris hit a triple to drive in a run. But on the play a throwing error plated Marris as she touched all the bases.

Aledo recorded three hits in their four-run seventh inning, with Stroud driving in her fourth run of the game on a double. For the game, Stroud was five for six at the plate with two homers, two singles and a double.

For the complete story see the April 28 issue of The Community News.