Bearcats use 11 three-pointers to sink Stephenville, 51-41 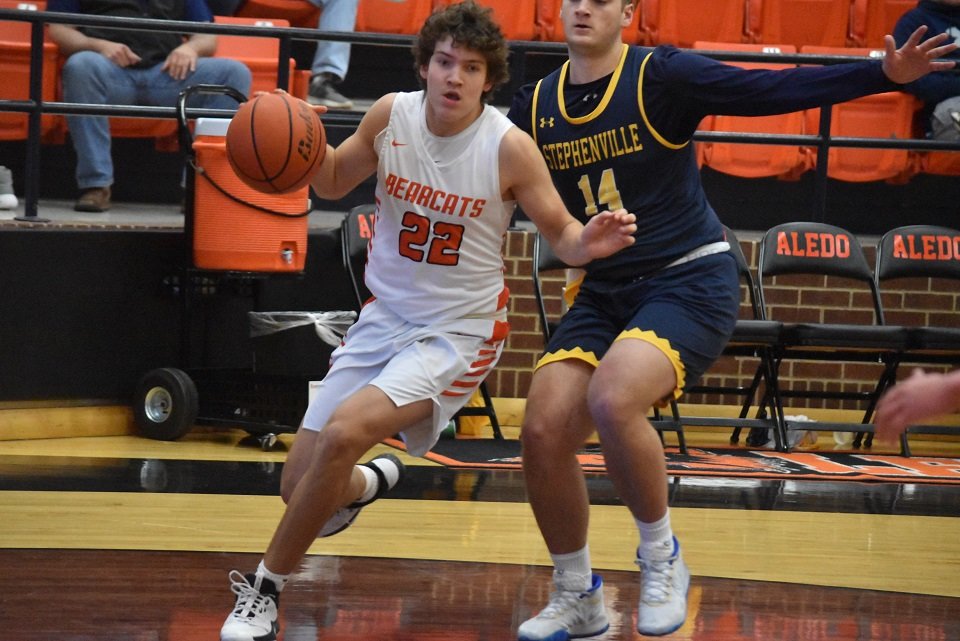 The win raises the Bearcats' record to 10-6. Aledo will continue non-district play at 2 p.m. Friday, Jan. 3 at home against China Spring.

Dietrich, who canned five treys, led the 'Cats with 21 points. Sohn finished with 12 points and Newell recorded 11 as each hit three three-pointers.

Also scoring for the Bearcats were Cole Nitsch with four points, Chase Becker with two and Christian Hillman with one.

Paced by nine points from Sohn, Aledo jumped out to a 17-8 lead after the first quarter and held a 26-15 advantage at the half. The Bearcats outscored the Yellow Jackets 15-14 in the third period to take a 41-29 lead into the fourth quarter.

"I thought we did a good job of taking what the defense gave us," Bearcats head coach Jamon Copeland said of his team's three-point shooting. "That was not our plan. Our philosophy is paint-touch, paint-touch, paint-touch; we want to get the ball as many times as we can in the paint either off a bounce or a post feed.

"But Stephenville (defensively) was packing it in, so when you play a team like that you have to make shots. Our best shooters were getting good looks and they took advantage of it."

Copeland was also pleased with his team's defense. The Bearcats held Stephenville to single digits in the first two quarters while only giving up 41 points for four quarters.

"I was really pleased with the guys," he said. "We made a few defensive mistakes against their best player, but other than that the guys guarded hard and gave it their best."