Bearcats sting Azle, 74-39, in boys' District 6-5A opener; No. 5 Ladycats move to 3-0 in league play after downing Lady Hornets 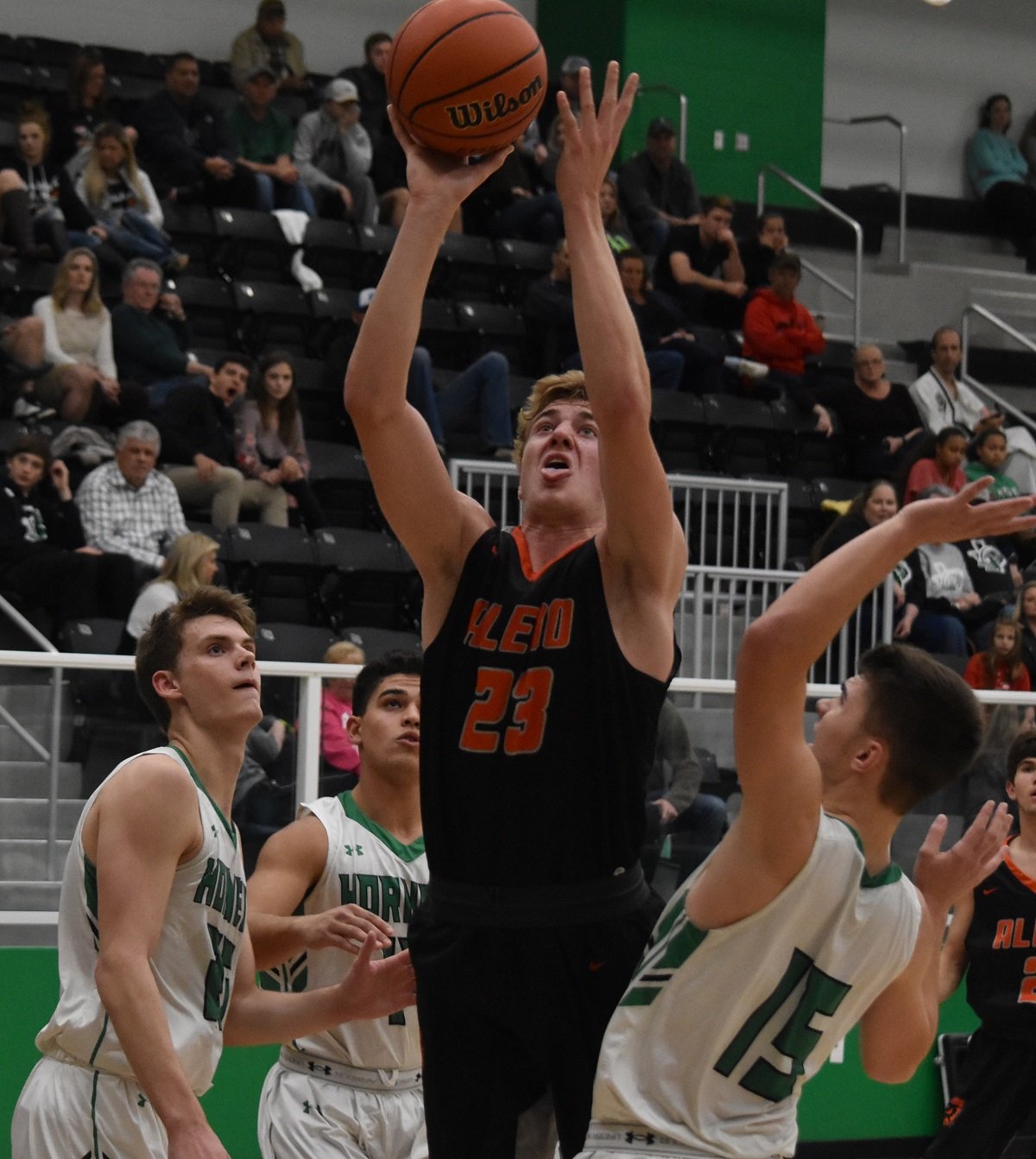 Aledo post Ayden Smith (23) goes up strong for a layup during the Bearcats' win at Azle. Smith finished with a game-high 22 points and nine rebounds. Photos by Tony Eierdam
Posted Tuesday, December 19, 2017 10:34 pm

Aledo senior post Ayden Smith scored a game-high 22 points and pulled down nine rebounds and Noah Arrington added 19 points as the pair helped the Bearcats to a 74-39 victory over Azle in the boys' District 6-5A opener Tuesday night at Azle.

The win raises the Bearcats record to 1-0 in district play and 8-9 overall.

Aledo led 19-7 after the opening period and 43-14 at the half. The Bearcats outscored the Hornets 13-9 in the third period to take a 56-23 lead into the fourth quarter.

Also scoring were Cameron Yates with 10 points, Truen Johnson with nine, Leo Bell and Austin Hawkins, each with five, and Hunter Vela with four.

Aledo post Alaina Touchet (35) drives in for a layup while Reagan Brown (24) gets into position Tuesday night during the Ladycats' win at Azle.

Aledo sophomore guard Taylor Morgan scored a game-high 17 points to lead the state-ranked No. 5 Ladycats to a convincing 55-39 win over Azle in a girls' District 6-5A game Tuesday night at Azle.

Also scoring were Janessa Payne with nine points, Sarah Haeussler and Riley Sale, each with eight, Elizabeth Allanach and Alaina Touchet, each with five, Abby Losos with two and Reagan Brown with one.

For more on both games see the Dec. 22 issue of The Community News.