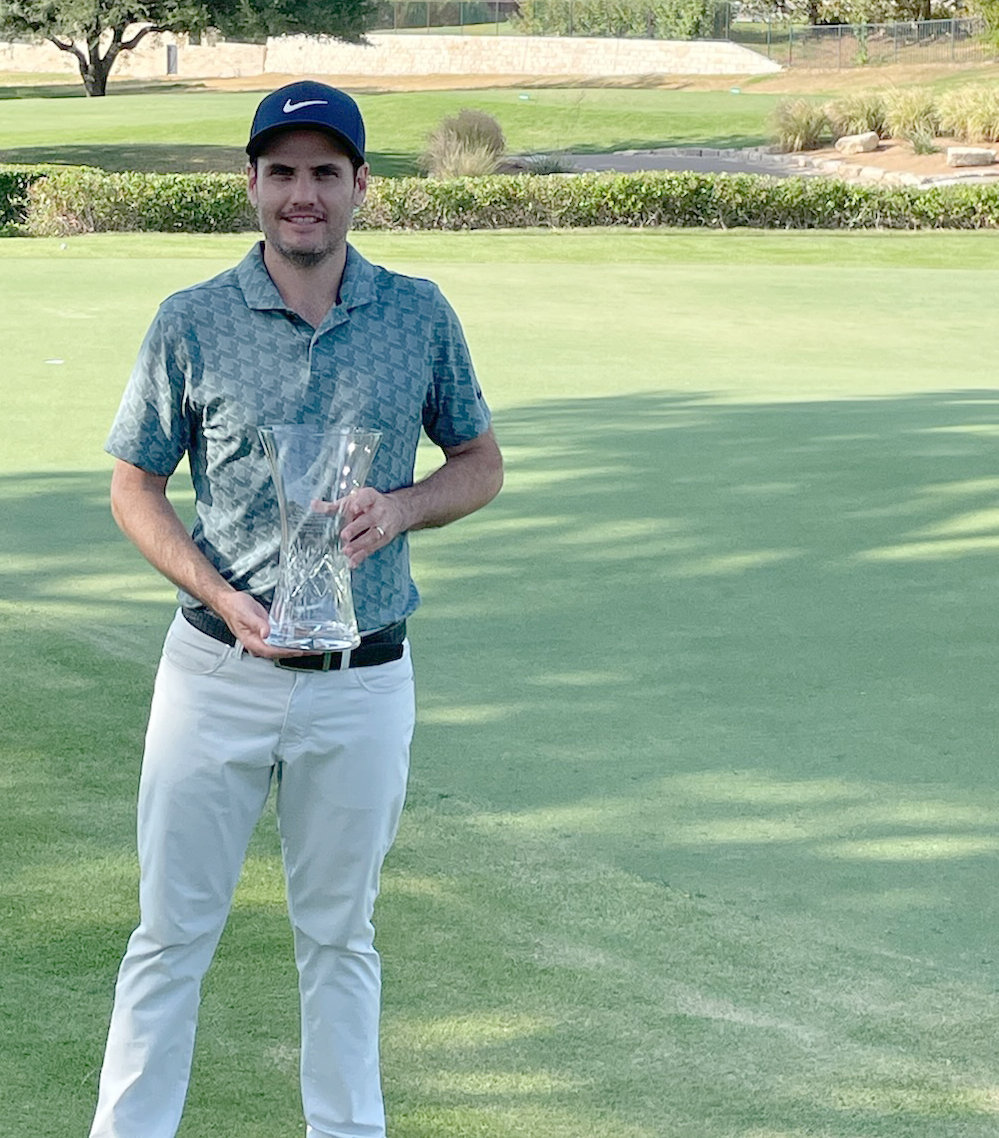 Once again an area golfer had an elite performance in a prestigious golf tournament on the Northern Texas Professional Golfers Association Tour.

Following a runner-up performance by Joel Thelen of Hudson Oaks in the Texas State Open, Armando Villarreal, general manager and head professional at Oeste Ranch Golf Course in Willow Park, captured the crown in the National Car Rental Northern Texas Assistant PGA Professional Championship at Mira Vista Country Club in Fort Worth Monday. He fired rounds of 4-under-par 67 and 3-under 68 to finish at 135 and win by two strokes.

And he played both rounds in the same day.

"It was definitely tough. We were in carts, so that helped. It makes it better, but still, it was so hot and the sun was so intense," Villarreal said. "Also, we're working at the course all day. I'm used to being in the office most of the day, so being out in that heat for seven or eight hours was hard."

For his victory Villareal was awarded $1,000.

He led the entirety of the tournament, taking his eventual victory margin of two strokes into the second round. Brendon Lowrance of Abilene Country Club finished second with rounds of 69-68.

In each of his four starts this year Villarreal has finished inside the top 20, including tied for sixth at the On The Rocks/Golf Pro Payments Western Championship, and a solo third at the Prize Possessions/E-Z-GO Eastern Championship.