Latest starship in animated series named for the city 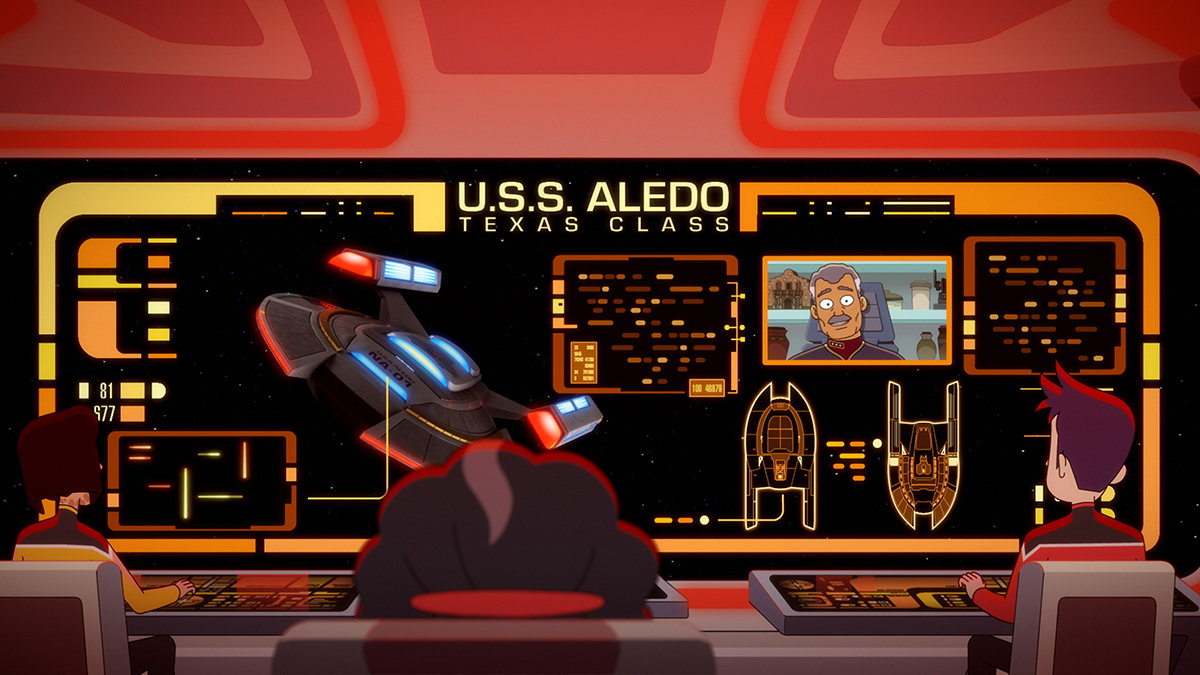 Local Star Trekkers were thrilled to learn that Aledo has now entered the Star Trek Universe via the latest fully-automated Starfleet ship in the new Texas Class, the U.S.S. Aledo.

The Aledo was unveiled on Oct. 20, when “Trusted Sources,” the ninth episode of season three of Star Trek: Lower Decks was streamed on Paramount+.

Lower Decks is one of the latest Star Trek series, and the first animated series in the franchise since the 1970s. It is also the first Star Trek series classified as a comedy. It follows the adventures of the low-ranking crew of the Starship Cerritos, a California Class ship.

The series began in 2020 and has received numerous award nominations, including one Primetime Emmy nomination. It is among the IMDbPro Top 200 Most Popular TV Titles 2020-2021, and recently Paramount+ announced a fourth season is in the works.

But what was the inspiration for the U.S.S. Aledo?

The writer of the episode, Ben M. Waller, answered that question.

Waller, who has been with the series since its inception, was the moving force behind the name. 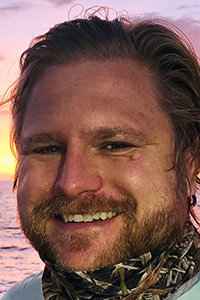 “At the start of season three, we knew that we wanted to be building towards the reveal of like a Texas Class of ships,” Waller told The Community News. “The philosophy behind the ships in our show is the ships that might have been overlooked by the big flashier ships in Starfleet like the Enterprises and the Voyagers.”

In the California Class of ships that originally populated the series, Waller said ships named after other California cities (in addition to Cerritos) have moved in and out of the show.

All the writers then work together to come up with story lines for each episode.

“At the start of season three, with the Texas class coming out, I immediately knew what city I'd name it, why I'd name it that, and  I just prayed that I would get assigned the episode where the Texas class flagship was finally revealed, because I wanted it to be the Aledo,” Waller said. “I was assigned the ninth episode. And as I was watching everyone start to write their episodes, I was reading the drafts as they came in. And I was like, 'please don't reveal the ship, please don't reveal the ship.' And we finally got to my episode, and we started to talk.”

McMahon decided Waller’s episode would be the one to reveal the first Texas Class starship, and Waller was elated.

“So I went home. I wrote it up, I threw the Aledo references in there as much as I could, because my wife and her family are actually from Aledo and I wanted to include it as a little bit of a heartfelt tribute to them.”

Waller’s wife is Vicky Papa, who graduated from Aledo High School in 2003.

Waller’s inclusion of Aledo references in his episode was not yet a done deal, however.

McMahon liked Waller’s draft, “but the thing with writing TV is it goes through about 100 people before it finally gets to the air,” Waller said. “And the whole time I'm thinking, ‘I don't know if they're going to know Aledo or I don't know if it's going to fit what they're looking for in terms of the philosophy behind the way we name our ships.’ And every time it went to a new draft, I kept checking them because there'd be the producer’s draft, the studio draft, the network draft, the first animatic drafts, so on and so forth.

“Because it's animation, it just keeps getting revised every time and every time the Aledo name was in there. And I was so glad that when we finally went to sound mix, I got to go to Warner Brothers Studios and sit on the scoring stage there to watch them add the music in. And the Aledo name was still on the ship at that point. So I was like, ‘I did it! My wife knew about it, but her extended family didn't know and so when the episode came out, it was it was a pretty nice moment for for me to pull that off.”

In addition to Star Trek: Lower Decks, Waller’s writing credits include the TV series Relationship Goals and RocketJump: The Show.

Waller grew up in Florida.

I think I started writing because I wasn't that great at anything else,” he said. “ I always pursued TV and film in high school. I learned that all the televisions in the high school were networked to one DVD player. So as long as I burned something onto a DVD, I could make sure every TV saw it. And I kind of became like my own news network.”

“That just sparked a real interest in me for it. And I went out to Los Angeles to USC, in the film school there. And once I graduated, I already had a few jobs. And I just kept at it until I finally could become a writer for television. That was always the goal.”

He started on YouTube and made a new video every week. YouTube wasn’t mainstream back in 2011, but he had good success.

Waller then made one of the first original series for Netflix.

“And then I just knew that there was a ceiling there. And so I made the jump over to television, and I just didn't look back,” he said.

The U.S.S. Aledo’s overall appearance on the series was brief, but in the Star Trek universe, nothing is final.

You can watch Star Trek: Lower Decks on Paramount+.