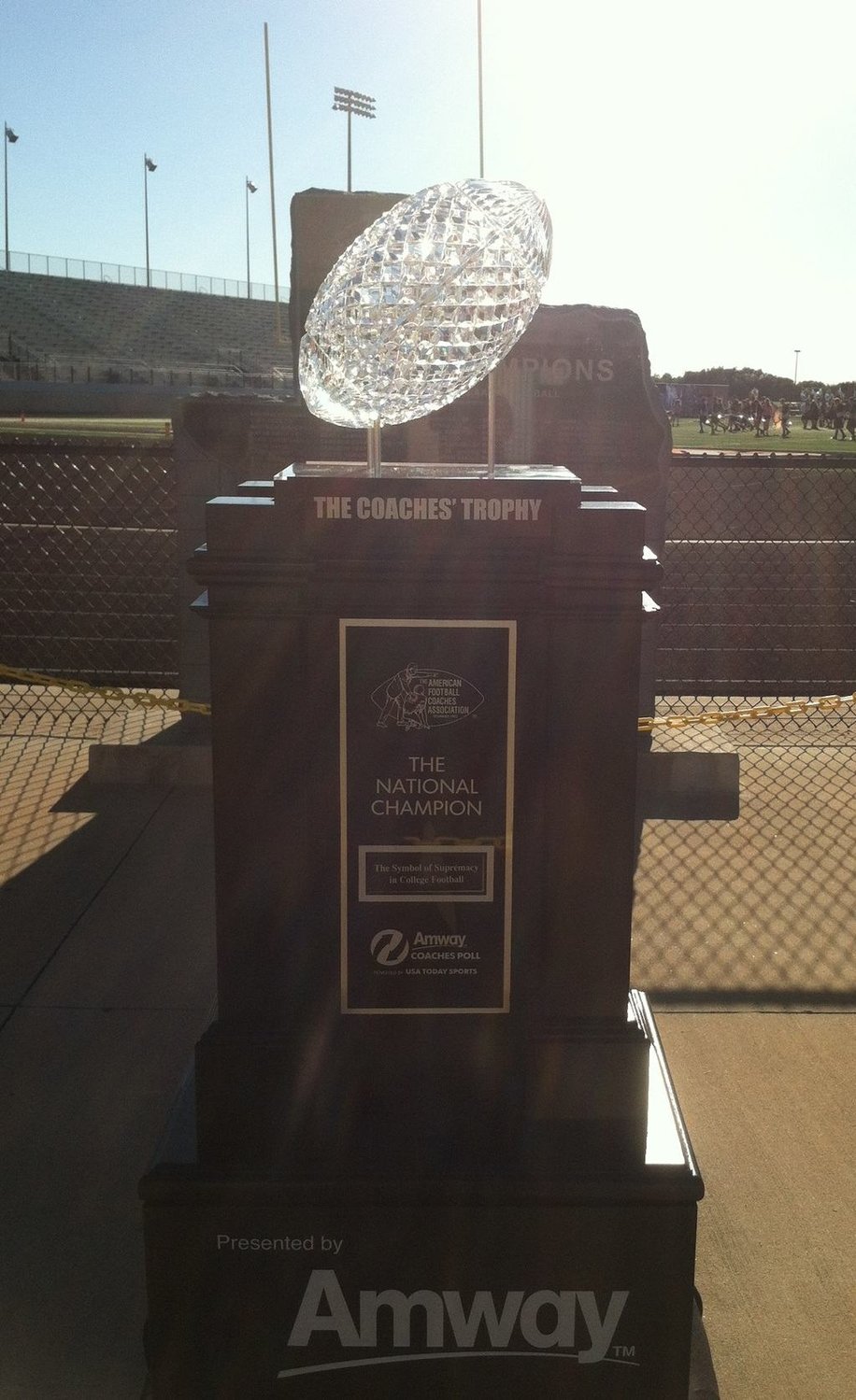 A nice addition to today’s Homecoming festivities at the Aledo Bearcats/Saginaw game is the display of the NCAA Division I football championship trophy just inside the front gate of Bearcat Stadium.

The trophy - officially called The American Football Coaches Association Coaches’ Trophy, presented by Amway - is part of a 10-week tour that stops in Aledo today. The trophy will be displayed Saturday in Fort Worth at the TCU/Oklahoma football game at Amon G. Carter Stadium.

This is the fifth week of the tour.

Ginnie McSpadden, AFCA Coaches trophy spokesperson, said the trophy creates a lot of excitement wherever it is displayed.

The trophy is valued at $30,000 and stands almost five-feet tall.

“We get a great following when we show the trophy,” McSpadden said. “We are so excited to be here in Texas, where high school and college football are big. We present the coaches trophy - and this is the actual trophy and not a replica - to the winner of the Division I football championship game at the end of the season.

“This is part 5 of our 10-week tour. Next week we will be at the Rutgers/ Michigan game and the following week we will have the trophy at the Clemson/N.C. State game.”

The AFCA Coaches’ Trophy, featuring the iconic Waterford© Crystal football, presented by Amway, will be awarded to the No. 1-ranked team, and national champion, in the Amway Coaches Poll following the conclusion of the college football season.