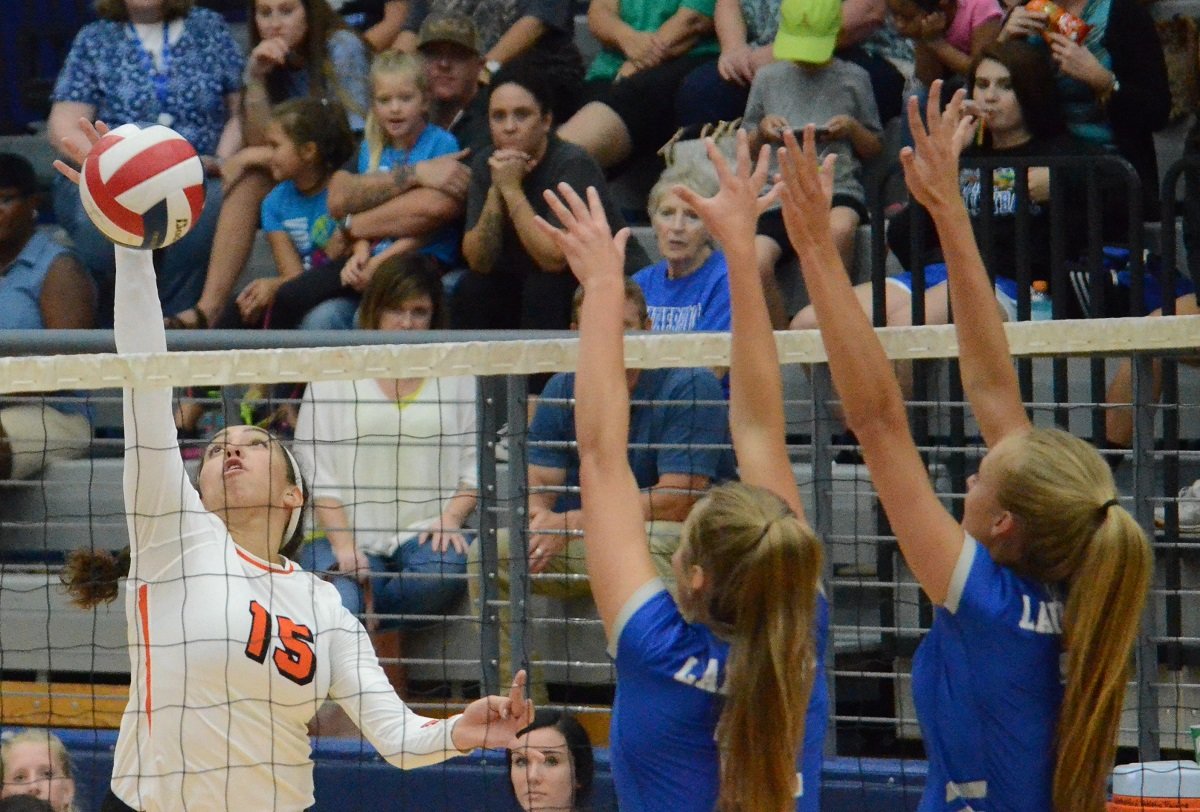 Aledo outside hitter Evelyn Torres (15) sends down one of her team-high nine kills Tuesday night during the Ladycats' loss at Weatherford. Photo by Tony Eierdam
Posted Tuesday, August 15, 2017 8:49 pm

In a battle of not only Parker County rivals but also of husband and wife head coaches, the Weatherford Lady Roos defeated the Aledo Ladycats, 25-15, 25-13, 25-21 Tuesday night in a non-district match at Weatherford.

The match included a husband versus wife match up as Aledo is coached by Claire Gay, and Weatherford is coached by her husband, Nick Gay. Both are in their first year at their respective jobs.

Weatherford led from start to finish in the opening game, but in games two and three the Ladycats jumped out to leads of 3-1 in each set before Weatherford rallied.

In game three, Weatherford was again down 3-1 after the first four rallies, but the Lady Roos used an 8-3 run to capture the lead, and with the score tied at 17 each, went on an 8-4 run to win the game and the match.

Outside hitter Evelyn Torres led the Ladycats at the net with nine kills.

For the complete story see the Aug. 18 issue of The Community News.