Terrell uses late run to get past Aledo Bearcats, 54-42 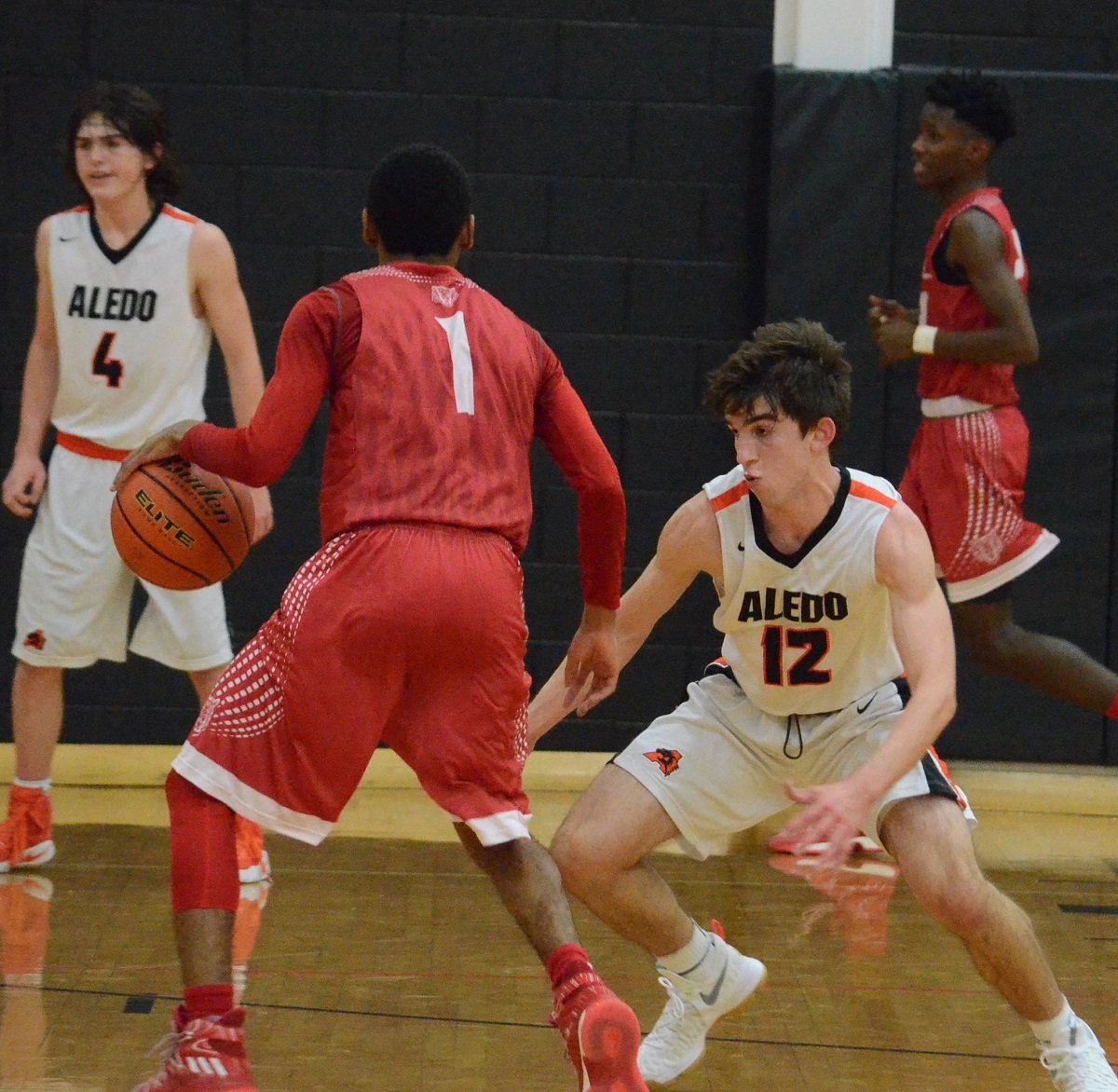 Terrell went on a 13-5 run in the fourth quarter to break open a tight game and defeat the Aledo Bearcats, 54-42, Tuesday night at the Moritz Dealership Holiday Classic at Aledo High School.

The Bearcats will play next at 1:30 p.m. Wednesday at the AHS practice gym.

Cam Caldwell led the Bearcats with 11 points while pulling down a team-high nine rebounds.

Also scoring for the Bearcats were Noah Arrington with eight points, Jake Hawkins with six, Ayden Smith with five, and Tre Owens, Bryce Lancarte and Cameron Yates, each with four.

Aledo led 10-8 after the first quarter and 22-20 at the half. Terrell scored 18 points in the third period while holding Aledo to 10 to take a 38-32 lead into the fourth quarter.

A layup by Smith followed by a driving layup from Caldwell and a made free throw by Owens cut the Terrell lead to 41-37.

But Terrell followed with 13 points while holding the Bearcats to five points to take a 12-point win.

All Aledo games on Wednesday will be held in the practice gym.