State-ranked No. 8 Ladycats send down Denton Guyer in 4 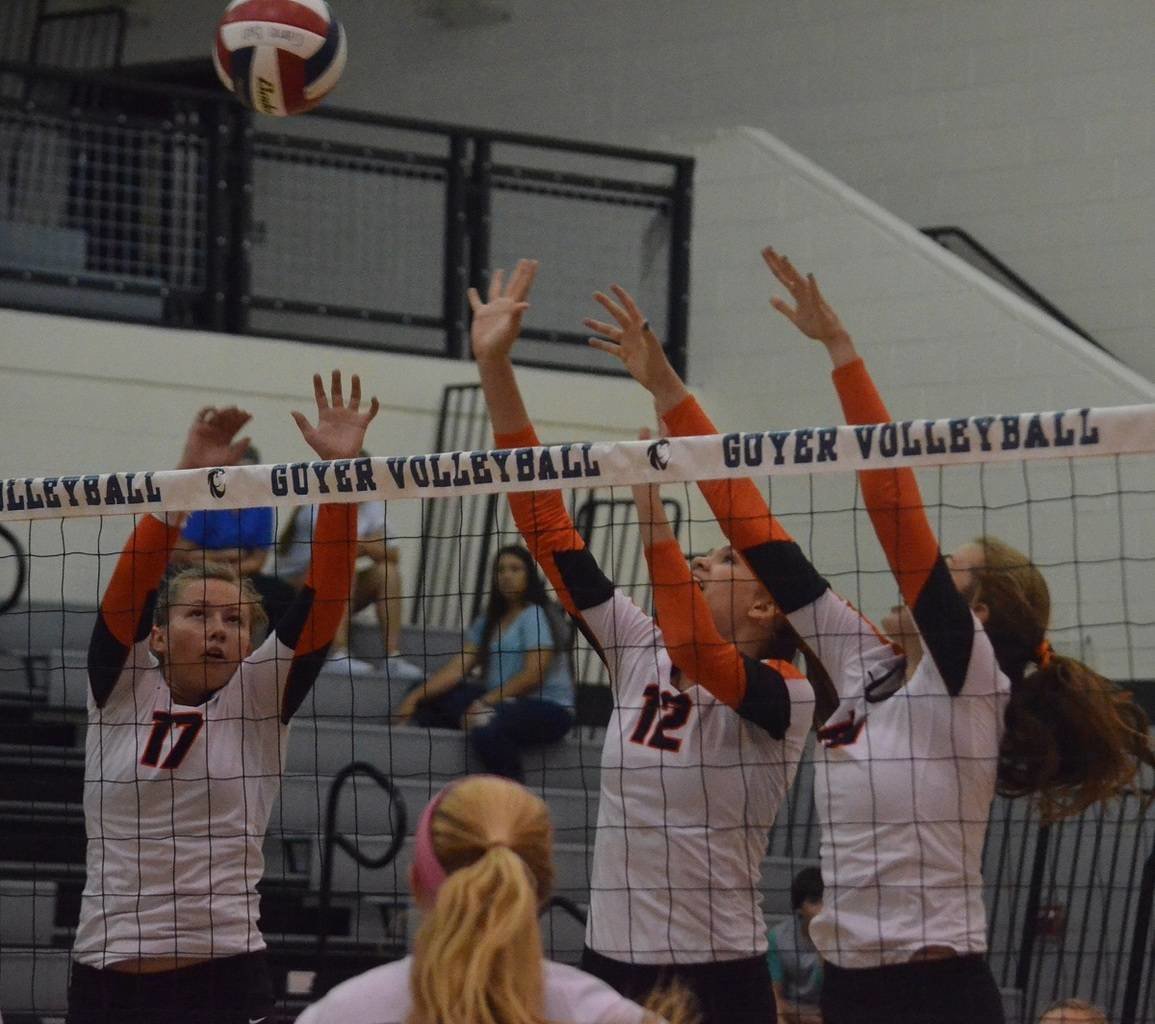 Aledo's front row of (from left) of Erin Weiss, Emily Smith and Amanda Norman put up a block Tuesday night during the Ladycats' victory over Denton Guyer in a non-district volleyball match played at Denton Guyer.
Posted Tuesday, August 30, 2016 10:51 pm

Norman closed out game one with a pair of kills - both off feeds from setter Erin Weiss - and in the third set Goings gave the Ladycats a 2-1 lead in games in the best-of-5 match by sending down three kills in the last four rallies.

After falling behind 1-0 in the fourth game, the Ladycats tied the score on a crafty dink from Norman, and after a Guyer return error the Ladycats never trailed again.

Aledo led 16-12 after a kill by Smith before Guyer had problems returning the serve of Aislinn Pool. Pool's line-drive, close-to-the-net serves proved difficult to return, and as a result Guyer committed three service errors. Add a combination block by Smith and Goings, and the Ladycats extended their lead to 20-12.

A kill from Weiss, two Guyer return errors and a block by Haeussler brought game four to match point with Aledo leading 24-16.

Two rallies later, Weiss sent a pinpoint set to Norman, who with authority slammed down the match-winning kill.

For the compete story see the Sept. 2 issue of The Community News.