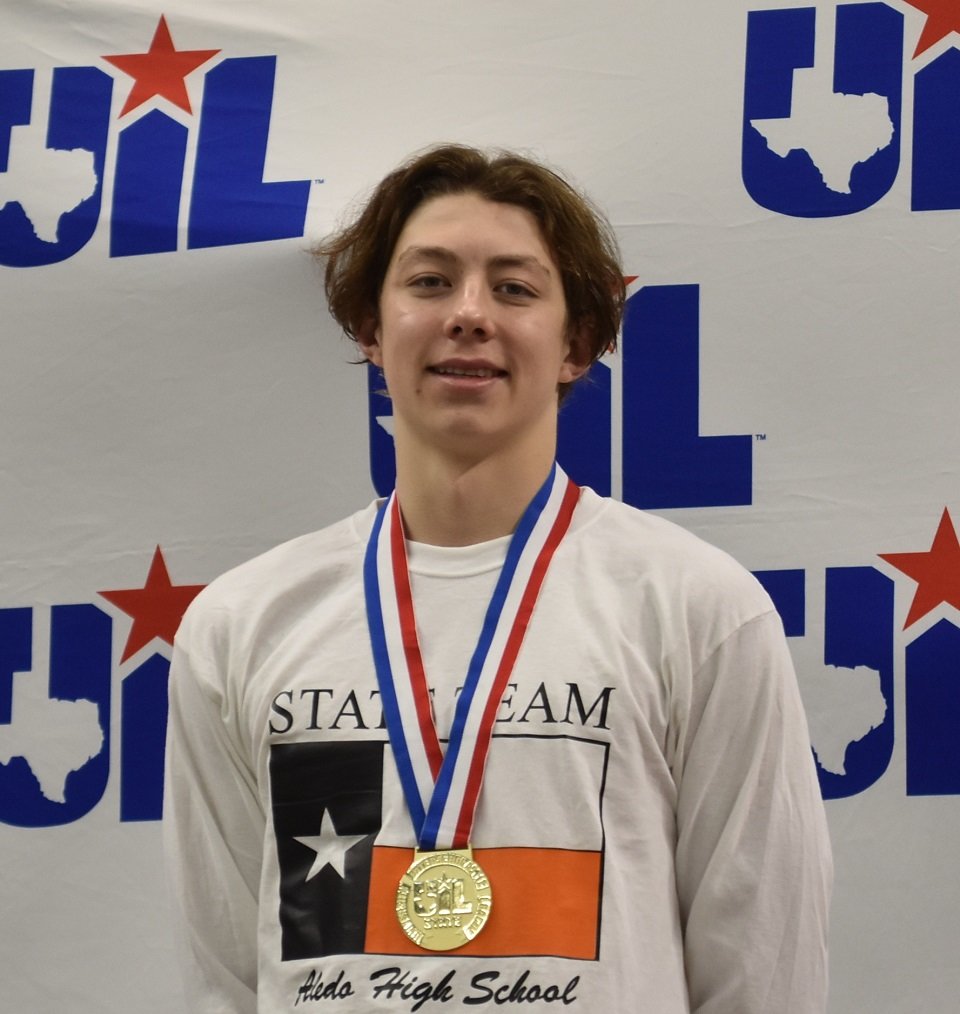 Aledo junior Elijah Sohn receives a gold medal after winning the boys’ 200 freestyle race this afternoon in the finals of the Class 5A Swimming and Diving State Championships at the University of Texas. Photo by Tony Eierdam
Posted Saturday, February 16, 2019 7:19 pm

Aledo junior Elijah Sohn captured a gold medal by winning the boys’ 200 Freestyle race and added a bronze medal in the boys’ 100 Freestyle this afternoon at the Class 5A Swimming and Diving State Championship finals at the Lee and Joe Jamail Texas Swimming center in Austin.

Also qualifying for two individual events in today’s finals was Aledo junior Hannah Farmer, who finished second to earn a silver medal in the girls’ 100 Breaststroke (1:04.31) and sixth in the girls’ 50 Freestyle (23.62).

“I thought he got to the wall before me,” Sohn said. “I was surprised when I looked up (at the scoreboard) and saw I had won. I felt like I swam the race I wanted, and it was the fastest time I have ever had (in the 200 Freestyle).

“My strategy was to not start off too hard, but after the first 100 yards I knew I had the lead, but he (Furrer) always finishes strong. I thought he had me, but I just pushed hard at the end.”

“I am happy with my placing (in Breaststroke),” Farmer said. “I am also exhausted. I am not so much happy with my time, but I am excited to win a silver medal and overall I am happy about the race. I had so much fun this weekend. I love my relay teammates.”

The girls’ 200 Freestyle team of Farmer, Hanah Terrell, Abby Morrison and Maddie Edwards placed fourth in the consolation finals (race between places 9-16 from preliminary round) with a time of 1:41.69.

For more see the Feb. 22 issue of The Community News.

Aledo junior Hannah Farmer receives a silver medal for placing second in the girls’ 100 Breaststroke today at the Class 5A Swimming and Diving Championships at the Lee and Joe Jamail Texas Swimming Center. Photo by Tony Eierdam[/caption]