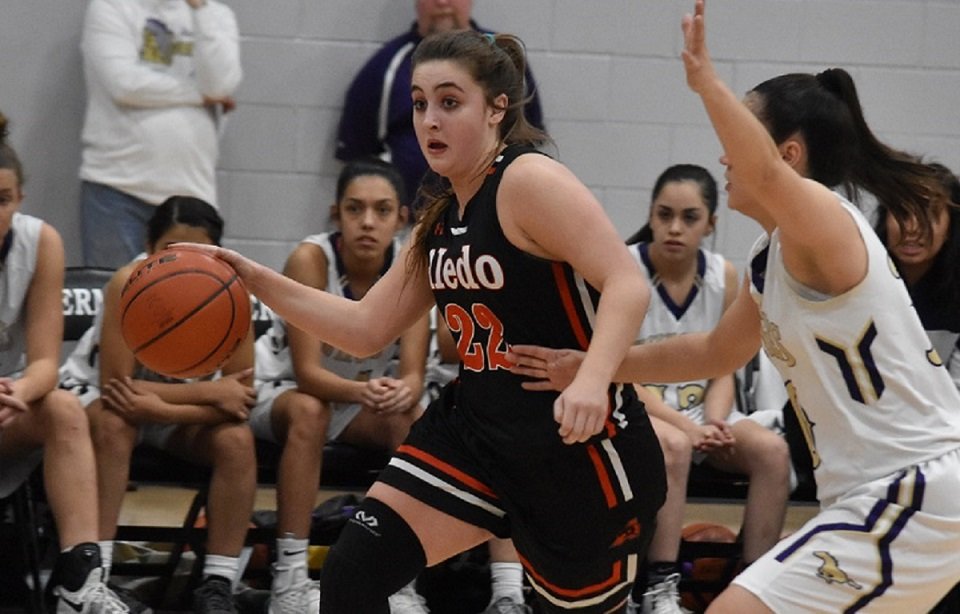 Aledo High School teams will be traveling the stat as sports action continues for the Ladcyats and Bearcats.

The AHS basketball teams each have playoff games on the road.

Tip off is at 6 p.m. today at Sweetwater High School.

Ladycats head coach Nikki Hyles said her team is not intimidated by facing the No. 2-ranked team in the state and defending state champion, and instead feels her team not only accepts the challenge, but are eager to continue their streak of 10 wins in their last 11 games since the beginning of district play.

“The team is excited about playing Amarillo. They are looking forward to the challenge,” Hyles said. “Amarillo is a fundamentally sound team. They have several strong players and have some depth coming off the bench, as well.

The Bearcats (13-20) are making their first playoff appearance since 2014, facing 26-5 Amarillo Palo Dura – the second seed from District 3-5A – in the bi-district (first round) playoffs.

Tip off is at 6 p.m. today at Vernon High School.

“All of our kids, especially our seniors, are excited about this opportunity,” Jones said. “The first day on campus I spoke to these seniors, who were freshmen at the time, about expectations for our program. It’s great to see them reap the benefits of their hard work while achieving a program goal. But again, this is a community effort.”

The Bearcats will be facing a playoff-experienced team in Caprock, and Jones said in order to win the Bearcats need to limit turnovers and win on the glass.

“Caprock has size, length, and athleticism,” Jones said. “They are a tough pressure defensive team. We will have to take care of the ball and be aggressive offensively. Defensively, we have to win the paint and the rebounding battle.

“We have to be great in defensive transition to start with, and we have to put pressure on them by getting to the foul line. If we can consistently compete in those two areas, we will be in great position.”

The Ladycats soccer match, scheduled for today, has been moved to Wednesday because of the inclement weather. The JV girls will play at 5 p.m. followed by the varsity girls at 7 p.m. at Bearcat Stadium.

To avoid the weather, the Bearcats moved their game up a day and fell 2-1 at Wichita Falls Rider in district soccer play on Monday night.

The Ladycats softball home opener scheduled for today was called off due to rain. Also, the AHS powerlifting team will be competing today at the district meet in Granbury.