No. 7 Ladycats sweep Richland in final tune-up before district play 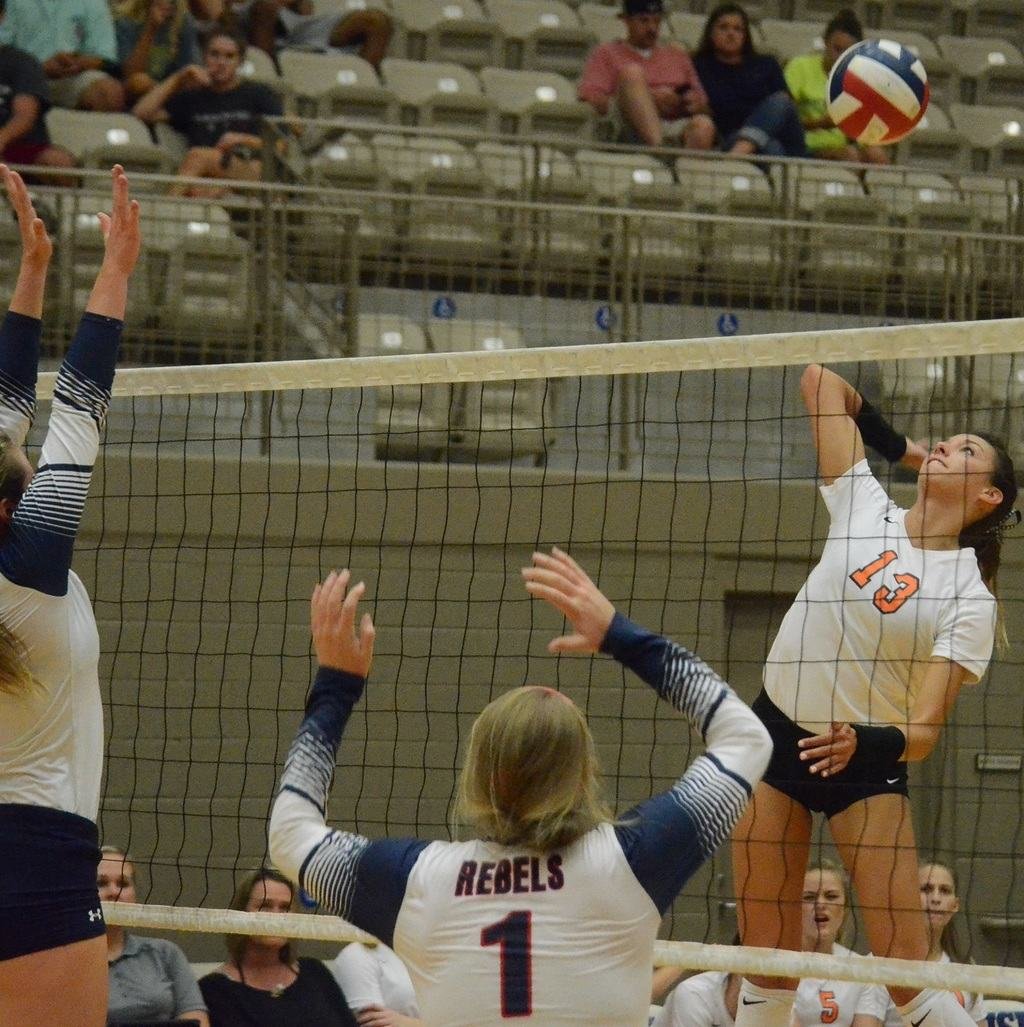 Paced by a combined 27 kills from seniors Maddie Goings and Emily Smith, the Class 5A state-ranked No. 7 Aledo Ladycats swept the Richland Lady Rebels, 25-21, 25-14, 25-18 Tuesday night in non-district volleyball action at Thomas Coliseum in Haltom City.

The win elevates the Ladycats' record to 22-7.

Aledo will begin District 6-5A play at 6:30 p.m. Friday at Northwest High School.

"We are ready for district play," Ladycats head coach Kathy Goings said. "I like where we are as a team, and I believe the girls are ready to get into the challenges that come with district play. We came out a little lethargic tonight, but that's probably because the girls are looking forward to district."

Maddie Goings led all hitters with 17 kills, with Smith adding 10.

Aledo led from start to finish in the opening game. Kills from Goings and junior hitter Sarah Haeussler closed out the opener.

The Ladycats jumped out to a 16-6 lead in game two and cruised to an 11-point win to take a 2-0 lead in games in the best-of-5 match. Brecken Roquemore and Goings each sent down five kills to pace AHS in the second set.

The hosts were not going to go down easily in game three as the Lady Rebels held a 7-5 lead.

However, the Ladycats came back with a 7-0 run to take a 12-7 lead. Senior hitter Amanda Norman recorded two kills in the run, with Goings, Smith and setter Erin Weiss - the match leader in assists - each sending down a kill. Smith had a block in the run, and Goings fired an ace as the Ladycats took a five-point lead.

Richland was not giving up and came back to cut the visitors' lead to 14-11.

But paced by three kills from Goings and a pair of Richland return errors, Aledo followed with a 5-1 run to increase its advantage to 19-12.

A Richand service error set the tone for the ending of the match. With AHS now leading 22-18, Weiss set up Smith for a kill off a quick set, and the tandem struck again on the ensuing rally to bring game three to match point.

Hitter Sydney Casey ended the match when she sent down a Weiss offering for a kill to seal game three and the match.

Aledo junior varsity hitter Alex Grooms elevates for a kill during the Ladycats' 25-12, 25-17 win over Richland Tuesday afternoon at Thomas Coliseum. The freshman Ladycats dropped their first game, 25-16, but came back with wins of 25-19, 25-12 to claim the match.