No. 7 Ladycats swat Azle; have sights set on No. 8 Boswell 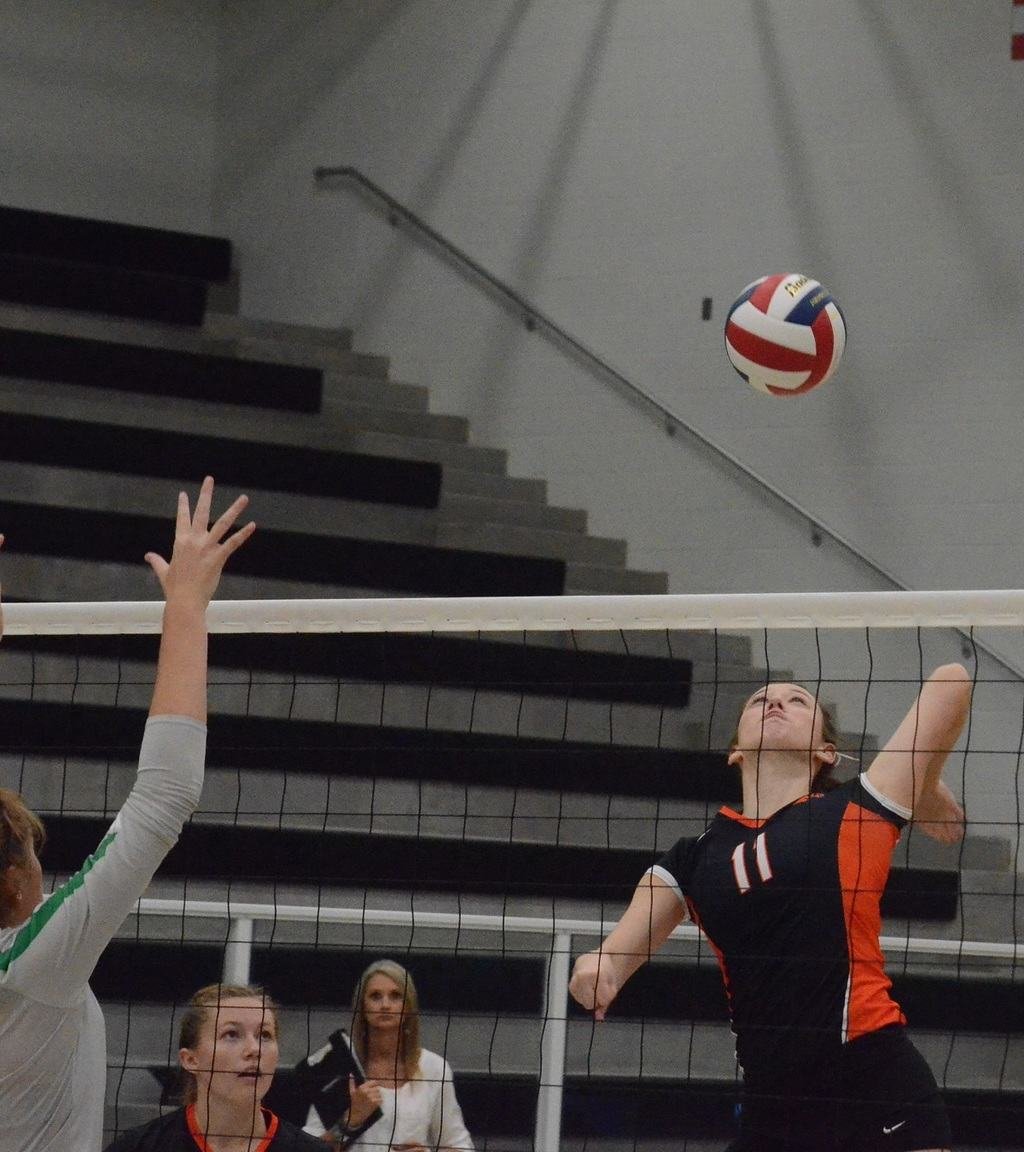 Maddie Goings recorded a match-high 10 kills and added five aces, and senior hitter Amanda Norman produced seven kills as the state-ranked No. 7 Aledo Ladycats cruised past the Azle Lady Hornets, 25-10-, 25-6, 25-14 Tuesday night in a District 6-5A volleyball match at Azle.

The Ladycats (24-7, 2-0) will continue district play on Friday at home against No. 8 Boswell. It will be the second time in a week the Ladycats have faced a Top 10 district foe. Aledo swept No. 9 Northwest on Sept. 9

The first serve on Friday will be at 6:30 p.m. at the Aledo High School gym.

"I like playing in this district because it is so competitive," Ladycats head coach Kathy Goings said when asked about playing two Top 10 teams in a week. "Boswell will be tough and it will be an exciting match. I am hoping, especially with no football game (the Bearcats football team has an open week this week) that we can pack the gym. I know Boswell will bring a lot of students over to our place, and I am hoping our students will come out and out-yell theirs. It should be a fun night."

Against Azle (0-2), the Ladycats were active at the net. Senior middle hitter Emily Smith added six kills, while Brecken Roquemore finished with five.

For the complete story see the Sept. 16 issue of The Community News.

Aledo junior Sydney Casey bumps a pass to the front row Tuesday during the Ladycats' sweep over Azle.

Ladycats JV outside hitter Alex Grooms (5) sends down a kill as Anna Rogers (13) and Anastasia Morrison (7) get into position. Both Ladycats sub-varsity teams swept Azle in matches played Tuesday at Azle.