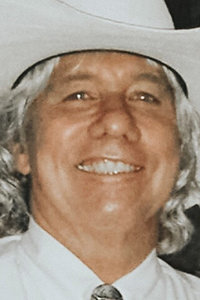 Marcus Dean Turner, 66, beloved husband, father, step-father, and grandfather passed away Thursday, November 7, 2019, at his home with his wife.

Marcus was born September 6, 1953, in Fort Worth, son of Weldon Stuart and Vonda Lee Smith Turner. His family moved to Parker County in 1957 where he grew up. Marcus attended all 12 years at Aledo where he graduated in 1972. He attended Weatherford College where he received his Associates Degree.

Marcus met Barbara Cardwell, they fell in love and were married on January 4, 1974. They had four wonderful children together, Marty Ann, Suzanne Elizabeth, Lucas Jonathan, and Shane Thomas. After many years of marriage and all their children were grown, Marcus and Barbara divorced. He later married Karen Ory on January 9, 2010, and added two lovely step-daughters, Madeline and Nicole, to the family.

Marcus began his career in construction at a very early age. He was passionate about his work until the day he died. Marcus took great pride in building and remodeling homes for a span of 51 years.

He was preceded in death by his mother, Vonda Lee Smith Turner; father, Weldon Stuart Turner; and step-mom, Bobbie Turner.