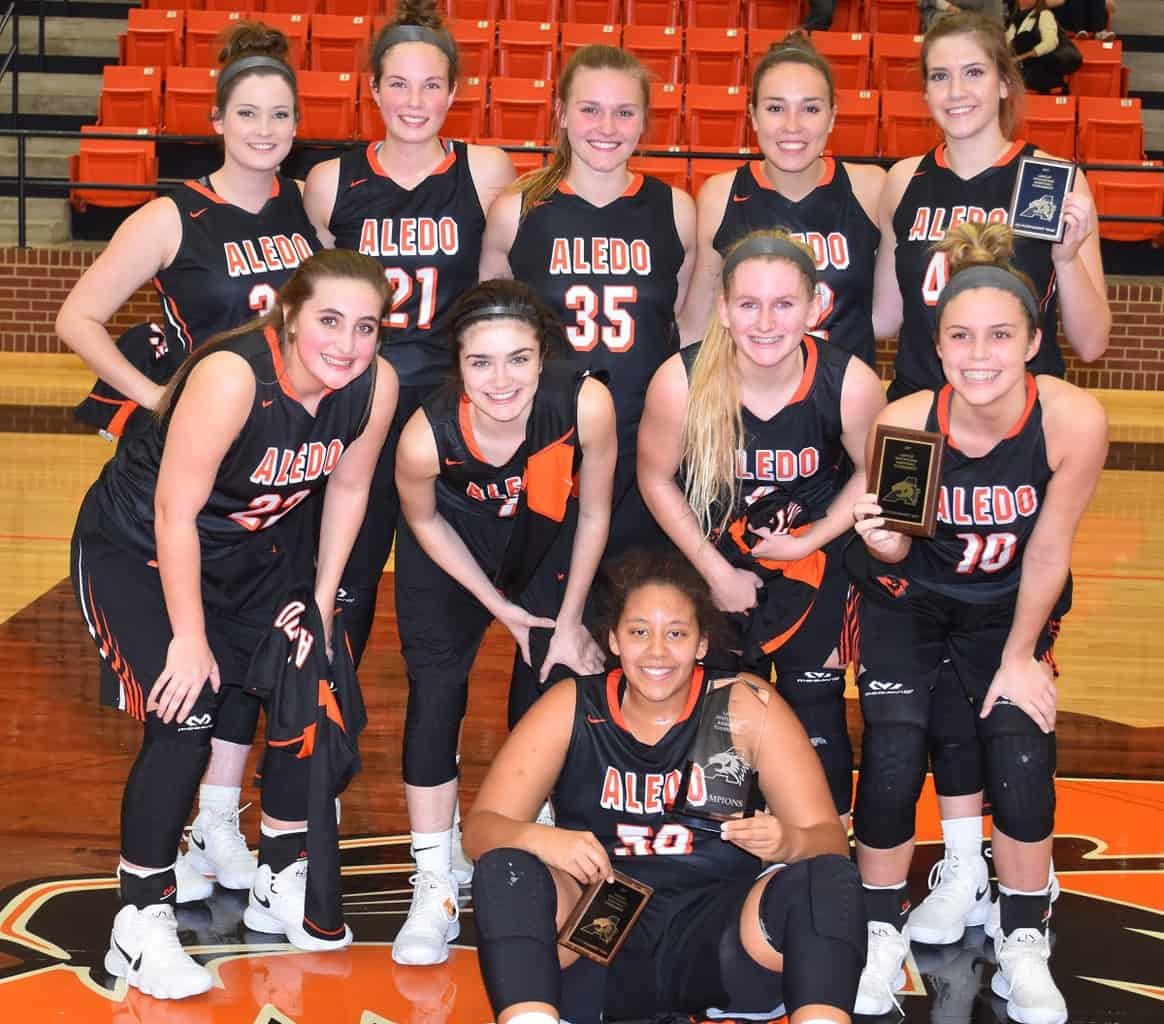 Two steals that led to four points with just more than a minute left to play elevated the Aledo Ladycats to a 48-46 victory over Dallas Home School Athletic Association Friday afternoon in the championship game of the Ladycat Invitational basketball tournament at the Aledo High School gym.

The win raises the Ladycats' record to 16-2. The Aledo ladies will begin District 6-5A play on Tuesday against Chisholm Trail. The tip off is set for 8 p.m. at the AHS gym.

Ladycats head coach Nikki Hyles was proud of the way her team held its composure when it got behind late in the fourth quarter. She was also pleased with the competition. HSAA won last year's Ladycat Invitational.

"The girls showed a lot of grit in this tournament," she said. "The teams that came here were competitive, and it was good to get another win as we go into district. I love our team and I feel the girls are ready for district. Everybody is doing a great job and working as a team. We are firing on all cylinders right now."

HSAA led 44-42 and had the ball underneath the basket with a little more than a minute left to play. But guard Elizabeth Allanach stole an in-bounds pass and quickly fed Payne for a layup that tied the score, 44-44.

HSAA had trouble with another in-bounds pass, and a pass that was deflected bounced under the basket to sophomore guard Haley Herrin, who put up a layup from the right side to give the Ladycats a 46-44 lead with a minute remaining.

HSAA missed a shot on its ensuing possession, and forced to foul, put Allanach on the line. She drained consecutive free throws, and with 53 seconds left to play Aledo enjoyed a 48-44 lead. HSAA cut the lead to two points on a jumper with 14 seconds left to play. With time winding down the ball got loose in the Ladycats' front court, but Payne grabbed the ball with three seconds left and dribbled out the clock to clinch the win.

Payne, Haeussler and Allanach each scored eight points, followed by Riley Sale, Alaina Touchet and Herrin, each with two.

HSAA led 12-9 after the first quarter. But paced by 12 points from Morgan, the Ladycats scored 16 points in the second quarter while holding HSAA to 10 to take a 25-22 lead at the half. HSAA outscored Aledo 11-8 in the third period that tied the score, 33-33, as the game moved to the fourth quarter.

Aledo junior guard Elizabeth Allanach (21) eyes the basket before draining a three-pointer during the first quarter of the Ladycats' 48-46 victory over Dallas Home School Athletic Association Friday afternoon in the championship game of the Ladycat Invitational. Photos by Tony Eierdam