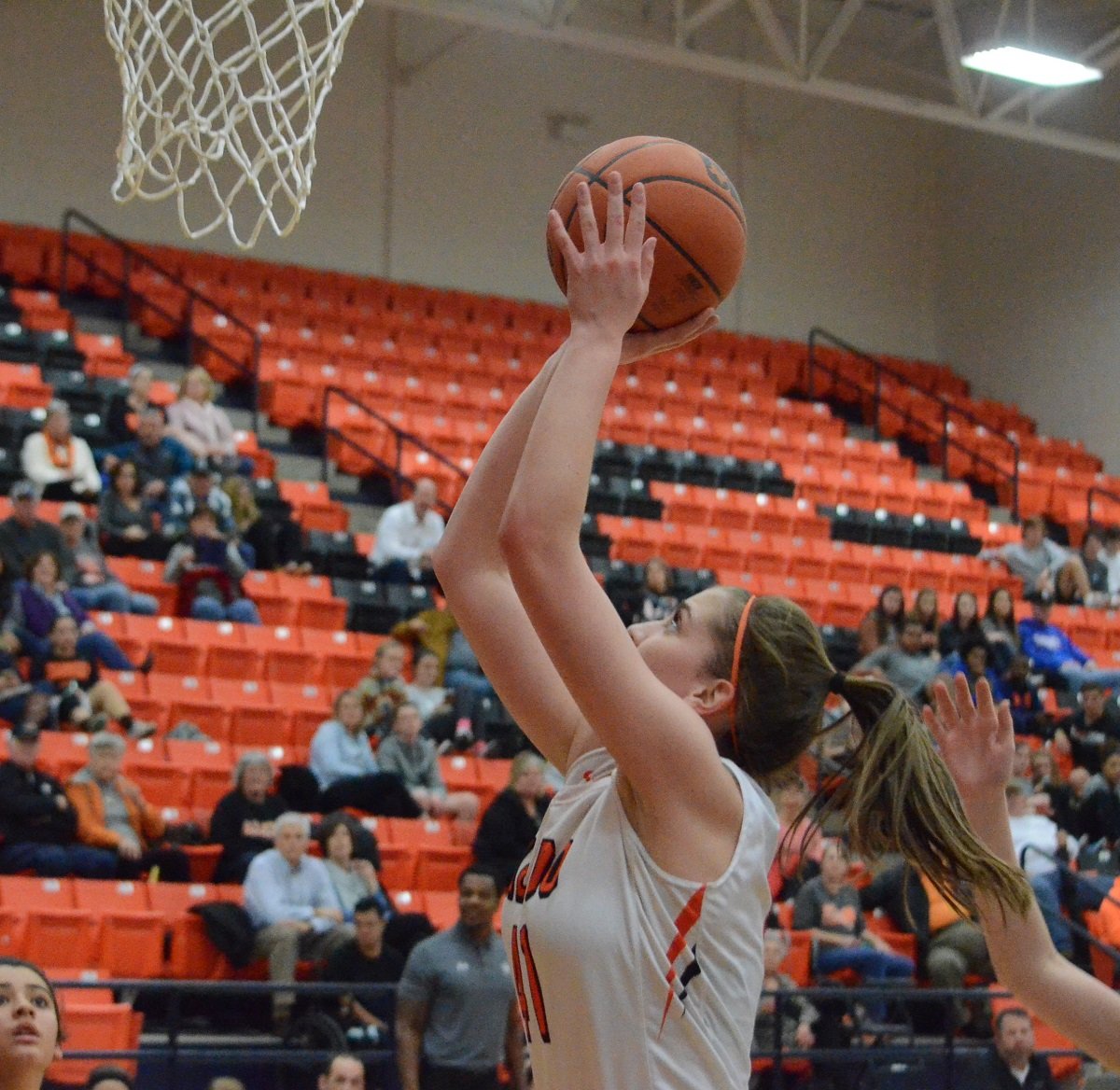 Chisholm Trail guard Sarah Alsabbaheen sank a three-point bucket with five seconds to play to lift the Lady Rangers to a 46-44 win over the Aledo Ladycats Tuesday night in a girls' District 6-5A basketball game at the Aledo High School gym.

The loss drops the Ladycats to 5-3 in district play and in a third-place tie with Chisholm Trail.

The teams ran up and down the court in the first half. Chisholm Trail led 14-13 after the first quarter, but the Ladycats scored 17 points in the second period while holding the Lady Rangers to 13 as Aledo led 30-27 at the half.

Neither team came close to their respective first-half offensive outputs in the second half.

The Lady Rangers outscored the Ladycats 12-6 in the third quarter to take a 39-36 lead into the fourth period.

The Ladycats took a 44-43 lead with 42 seconds left to play when guard Taylor Morgan drove the lane, scored on a layup and was fouled. She calmly drained the charity shot to give her team a one-point advantage before Alsabbahee's game-winning shot.

Morgan led the Ladycats with 12 points, with post Janessa Payne adding nine. Also scoring were Riley Sale with eight points, Sarah Haeussler and Elizabeth Allanach, each with six points, and Erin Weiss with three. Haeussler led the Ladycats on the boards with 11 rebounds.

State-ranked No. 18 Chisholm Trail held Aledo to single digits in four quarters as the Rangers defeated the Bearcats, 51-23, in a boys' District 6-5A contest Tuesday night at Aledo.

The loss drops the Bearcats to 2-4 in district play, while the Rangers raised their league mark to 5-1.

Chisholm Trail led 15-3 after the opening period and built a 24-9 halftime lead. The Rangers outscored the Bearcats 15-7 in the third period to take a 39-16 lead into the fourth quarter.

For more on both games see the Jan. 20 issue of The Community News.

Aledo junior guard Cole Turner (10) gets around a defender Tuesday night during the Bearcats' loss to Chisholm Trail.