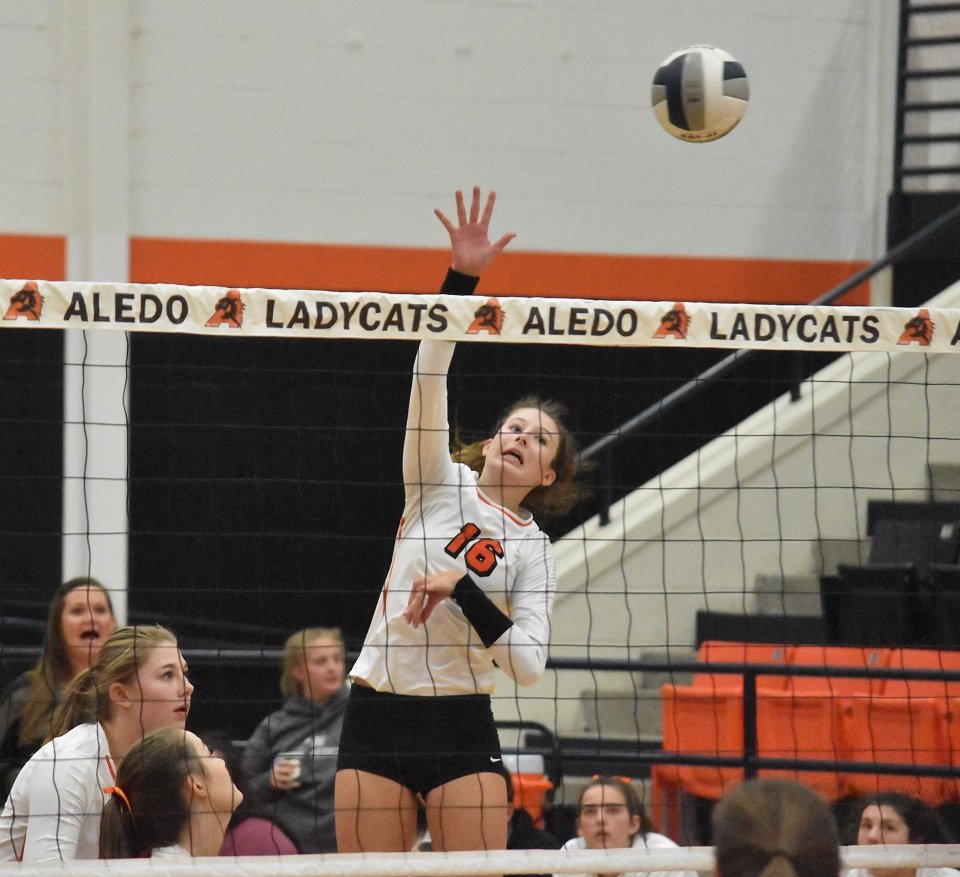 The win raises the Ladycats' record to 15-13. Aledo will continue non-district play at 5 p.m. Friday at Midlothian Heritage.

In game two, Aledo led 15-12 before going on a 3-0 run - paced by a pair of kills and a block from Ellison - for an 18-12 lead. After the Lady Panthers notched a point, the Ladycats went on a 6-0 run - helped by three kills each from Pearce and Grooms - to bring the second set to game point with AHS leading 24-13.

On the ensuing rally, Pearce fooled the Midlothian defense by sending a tip from the middle between the back and front row for the game-winning kill as the Ladycats took a 2-0 lead in games.

Aledo jumped out to an 11-4 lead in game three and never looked back. A 6-0 run extended the lead to 21-8, and a kill each by Tori Buzbee and Pearce gave the Ladycats a 24-13 advantage.

Four rallies later, Grooms ended game three by slamming home a come-backer for the match-winning kill to give the Ladycats a sweep.

The Ladycats junior varsity also won in dominating fashion with a 25-14, 25-20 win over Midlothian, and the Ladycats freshman team also won with a sweep.

For the complete story see the Sept. 13 issue of The Community News.

Aledo freshman setter Presley Hull (15) sets up a hitter as Hailey Smith (11) gets into position during the Ladycats' sweep of Midlothian on Tuesday. Photo by Tony Eierdam

Aledo junior varsity hitter Sam Smith (8) rips a spike for a kill during the Ladycats' 25-14, 25-20 victory over Midlothian. Photo by Tony Eierdam