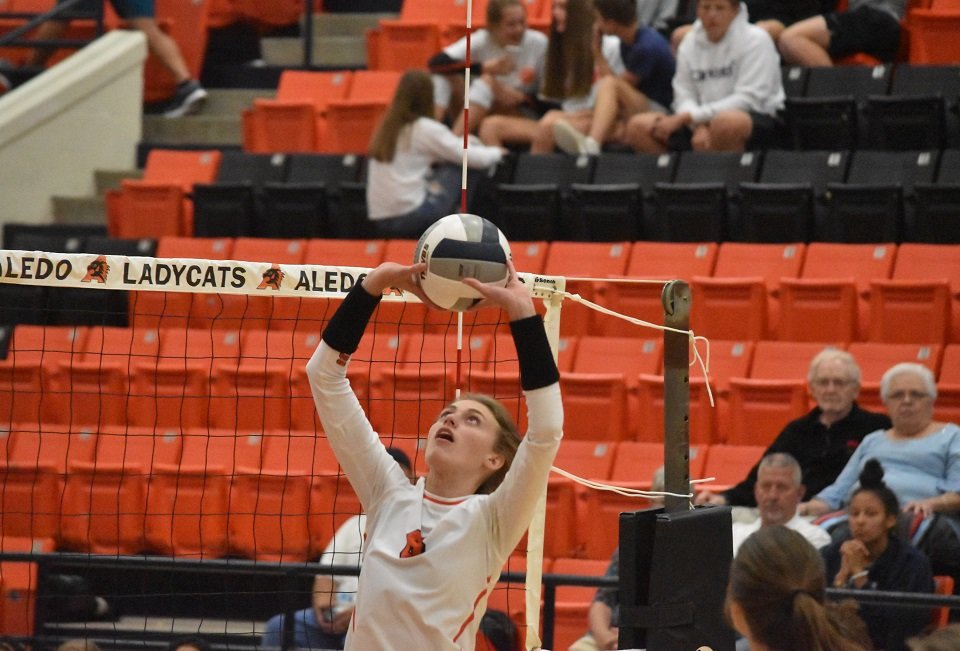 Paced by 12 kills from senior hitter Daleigh Ellison and eight blocks from junior middle hitter Audrey Pearce, the Aledo Ladycats had little trouble in a 25-5, 25-14, 25-9 sweep over Arlington Seguin in a non-district volleyball match Tuesday night in the home opener at Aledo.

The win levels the Ladycats' record at 12-12. Aledo will continue non-district play at 5:30 p.m. Friday at home against Boswell.

Aledo never trailed in the match. The Ladycats raced out to a 9-1 lead in the opening set and held a 21-3 lead before scoring four points in the next six rallies to seal the game.

Aledo led 5-2 in the second set and stretched the lead to 15-9 before Seguin scored three consecutive points to cut the lead to 15-12. But the Ladycats went on a pair of 5-0 runs to clinch the set for a 2-0 lead in games.

Sensing a sweep, the Ladycats jumped out to a 15-5 lead in game three - helped by three consecutive aces from Grooms, who also had two kills in the run - and used a 7-0 run at the end to clinch the set and the match.

For more see the Aug. 30 issue of The Community News.