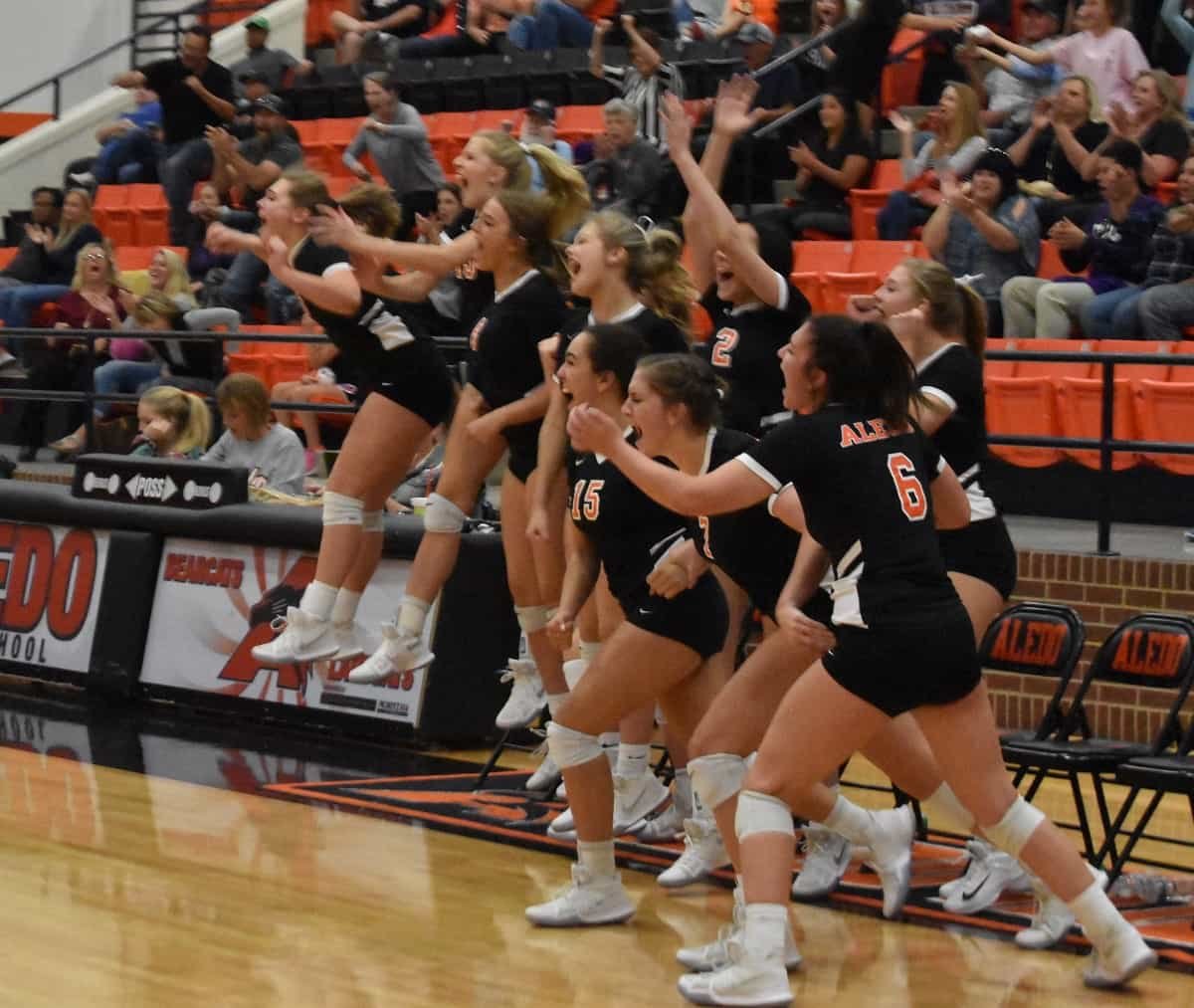 Aledo middle hitters Daleigh Ellison and Sarah Haeussler combined for 12 blocks to lead the Ladycats to a 25-17, 25-19, 25-17 victory over Boswell Tuesday night in a key District 6-5A volleyball match at Aledo.

The win raises the Ladycats' district mark to 11-1, while Boswell suffered its first league loss and drops to 11-1.

The Ladycats dominated at the net, and in games one and three Aledo never trailed. In fact, Boswell only held a lead early in the second game, and for just five rotations.

The Ladycats made a statement early on, jumping out to a 7-0 lead in the opening game. Boswell cut the lead to 20-16 before a pair of kills by hitter Sydney Casey, a block by Ellison and a Boswell return error increased the lead to 24-17. On the next rally, Ellison ended the game with a thunder-spike kill from the middle.

Boswell led 4-1 in game two, but Aledo followed with a 7-1 run and never trailed again during the match. Fittingly, a block by Ellison ended the set as Aledo took a 2-0 lead in games.

The Ladycats jumped out to a 5-1 lead in game three and never looked back. Haeussler recorded two blocks and a kill to extend the Ladycats' lead to 22-14, and later a dink by Casey brought game three to match point with AHS leading 24-16.

Two rallies later, Ellison slammed home a kill as the jubilant Ladycats and the home crowd celebrated the sweep of their district rivals.

The Ladycats were active at the net as Haeussler and Evelyn Torres each sent down six kills, while Ellison and Hannah Jones added five. Casey finished with four kills, and defensively, Allegra Rivas had a team-high 21 digs with Casey adding 11.

For the complete story, see the Oct. 20 issue of The Community News.

Aledo sophomore middle hitter Daleigh Ellison (14), shown sending down a kill during the Ladycats' sweep of Boswell, finished with a match-high eight blocks.