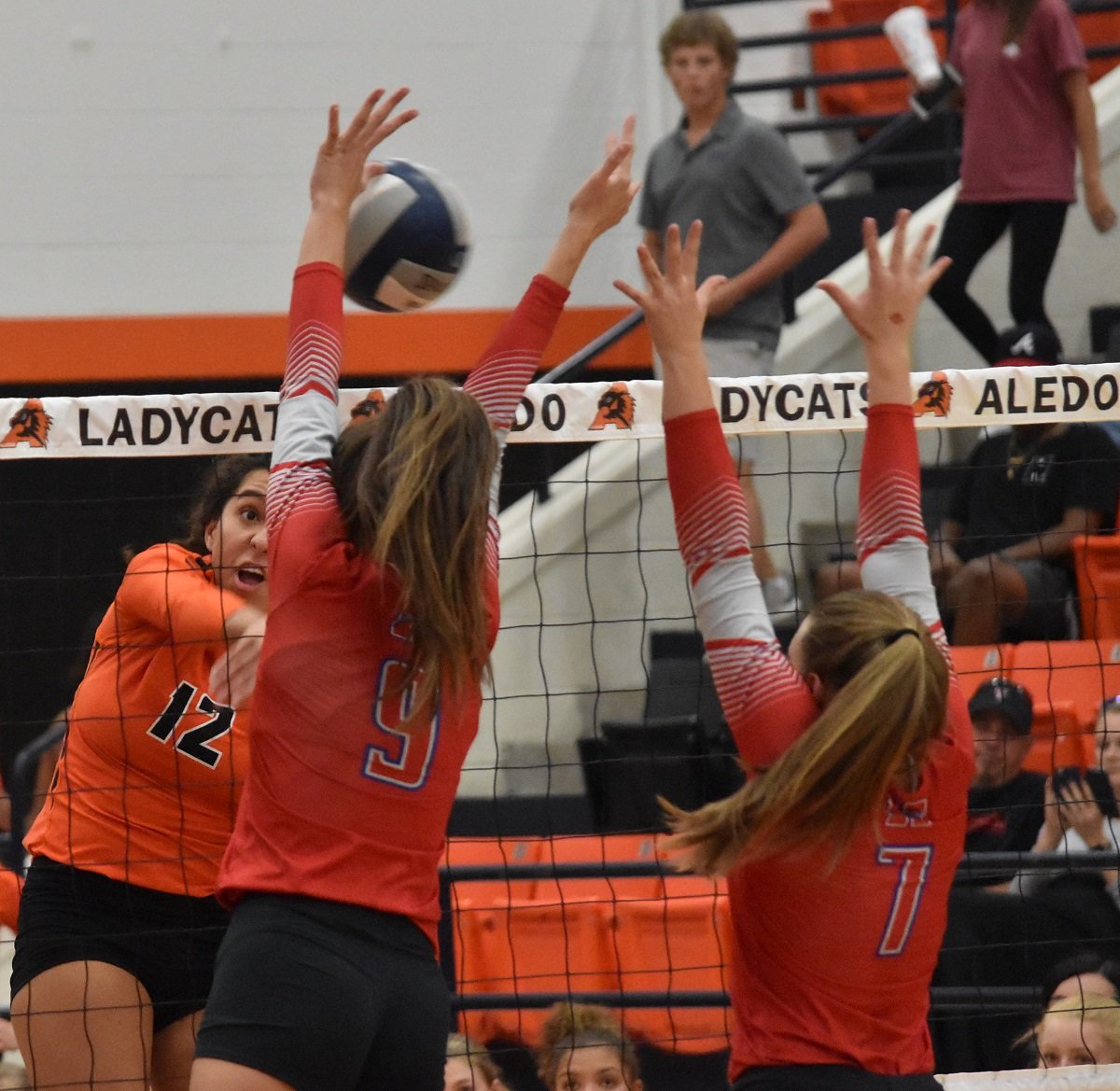 Aledo hitters Lilly Taylor and Evelyn Torres combined for 30 kills to help the Ladycats to a 26-24, 18-25, 25-19, 25-17 victory over Midlothian Heritage Friday in a non-district volleyball match at the Aledo High School gym.

Taylor led the Ladycats with 16 kills, while Torres added 14. Setters Maggie Wackerhagen and Sarah Morehead combined for 42 assists, with Wackerhagen leading AHS with 22.

The setter duo also combined for 27 digs, with Morehead finishing with 17. Hannah Jones led the Ladycats with a match-high 30 digs to go along with eight kills, and middle hitter Daleigh Ellison added seven kills. Torres finished with three aces.

A block by Ellison clinched the opening game for Aledo, and the Ladycats took a 2-1 lead in games when Torres - off a feed from Morehead - sealed game three with a thunderous kill from the right side.

A crafty dink by hitter Anastasia Morrison clinched game four and the match for the hosts.