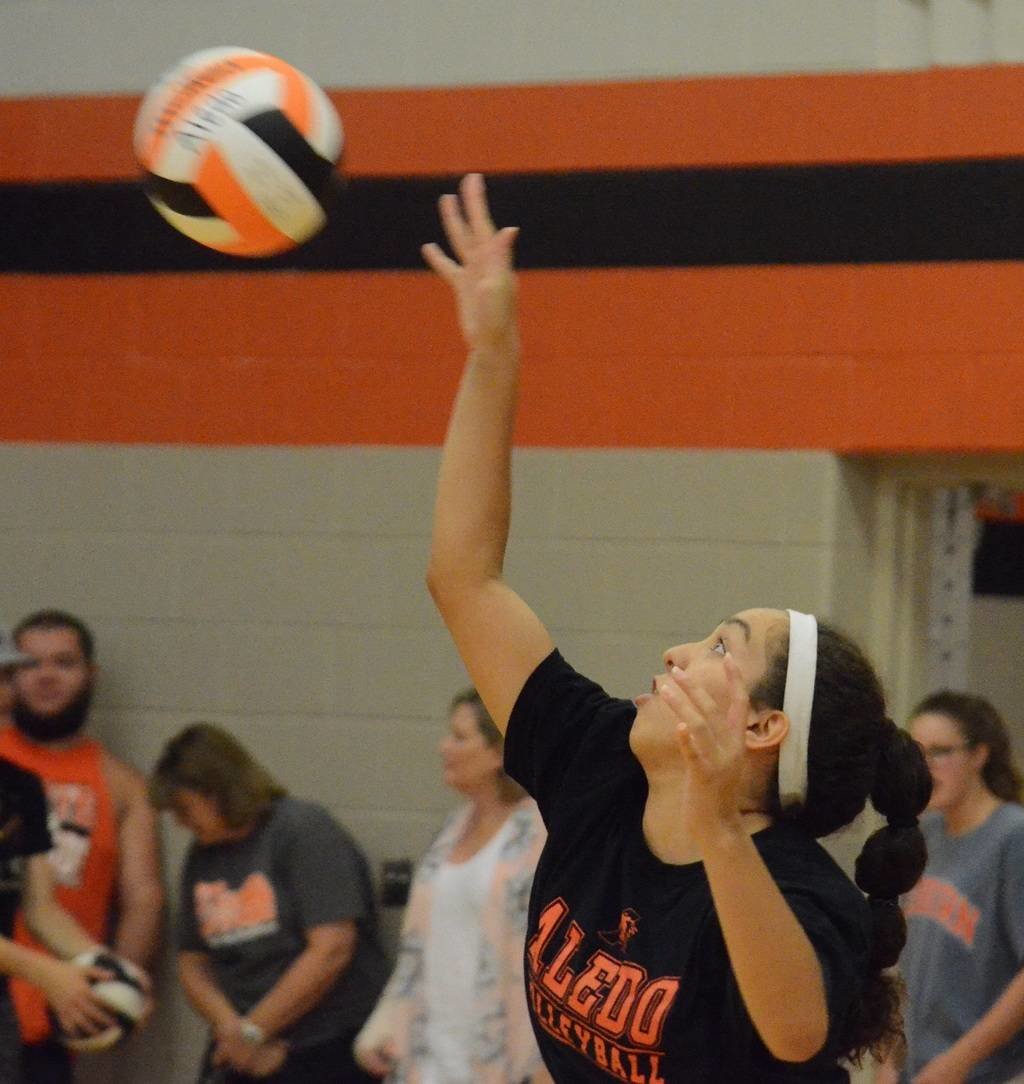 Aledo outside hitter Evelyn Torres sends down a kill Saturday during the Ladycats home scrimmage against Peaster at the Daniel Ninth Grade Campus gym. The Ladycats open the regular season at 6 p.m. today at Waco Midway. Photo by Tony Eierdam
Posted Monday, August 7, 2017 11:31 am

It's a new season with a new coach for the 2017 Aledo Ladycats.

The Ladycats will open the regular season today at Waco Midway. The freshman and junior varsity matches will begin at 5 p.m. followed by the varsity contest at 6 p.m.

Aledo will be guided by new head coach Claire Gay, who won two state championships at Decatur before coming to AHS in May.

The Ladycats finished their first week of practice last week with scrimmages on Friday and Saturday. Gay used several combinations and match ups in the practice matches. She added that she will use the first few weeks of non-district action - which includes three tournaments - to continue to find the right combinations.

“We worked some different lineups during the scrimmages and I was able to see the strength in those,” Gay said. “It is too early to set a lineup; everything is still going to be adjusted. It was good to see some of the younger girls step in and be able to perform and fill in some of the roles we were struggling in today.

“I made a lot of substitutions to see what the younger girls can do, and it gave them an opportunity to prove themselves."