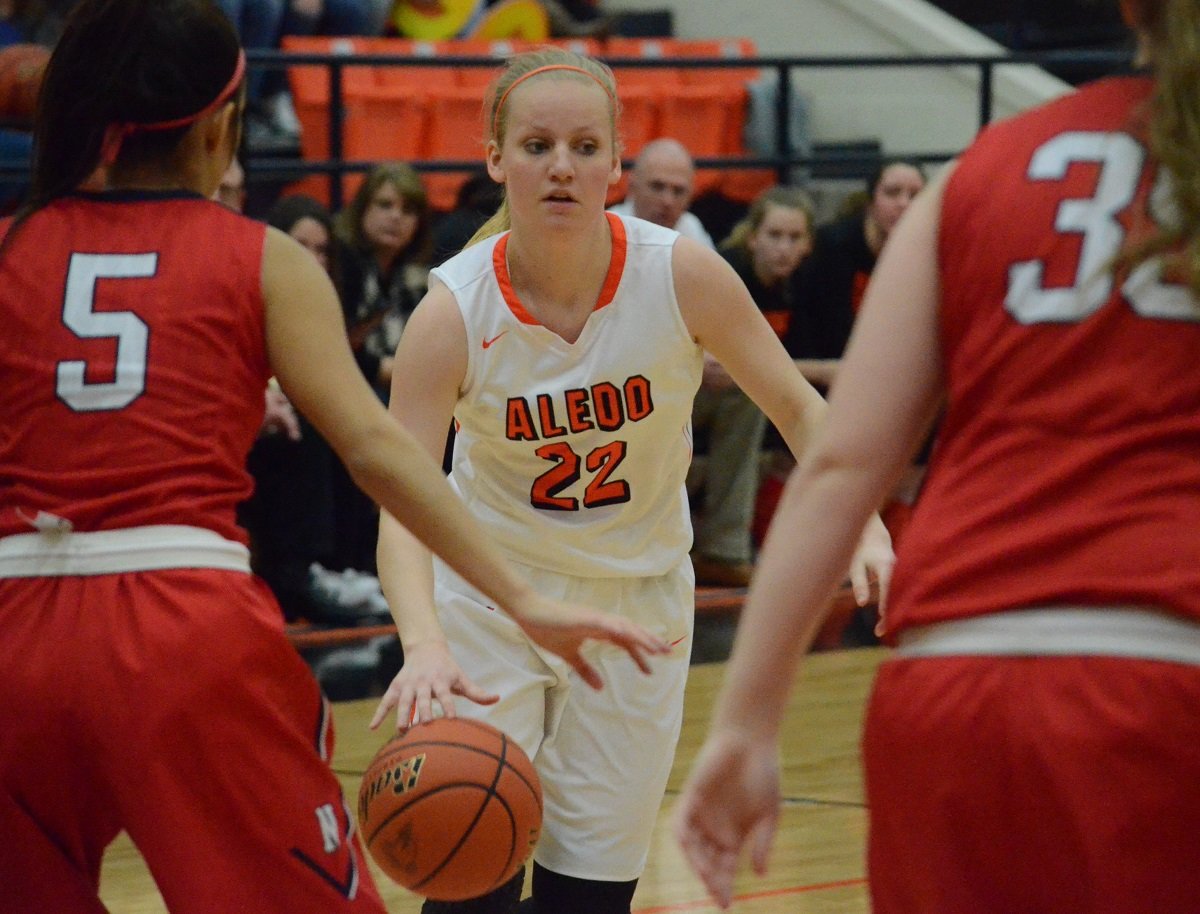 Taylor Morgan scored a game-high 18 points and Sarah Haeussler added 14 to lead the Aledo Ladycats to a 48-45 victory over Northwest Friday night in a key girls' District 6-5A basketball game at the Aledo High School gym.

The win raises the Ladycats' 6-5A mark to 10-3, while Northwest falls to 10-3 as the teams are locked in a second-place tie.

The Aledo win also avenges an earlier loss to Northwest. The Ladycats will conclude 6-5A play on Tuesday at district-champion Boswell, while Northwest finishes with 5-8 Azle.

The Ladycats led 9-7 after the first quarter and built a 21-15 lead at the break. Aledo took a 36-25 lead into the fourth quarter.

To begin the fourth period, the Ladycats extended their advantage to 40-25 after a layup each from Haeussler and Morgan. However, Northwest followed with a 17-4 run to cut the Ladycats' lead to 44-42 with 41 seconds remaining in the game.

On Aledo's ensuing possession, post Janessa Payne fed Morgan for a layup to increase the lead to 46-42 with 37 seconds left to play. Northwest followed by getting to the free throw line, but hit only one of two charity shots to cut the lead to 46-43 with 17 ticks left on the clock.

Haeussler was fouled almost immediately on the in-bounds pass, and the 6-4 junior calmly sank both free throws to extend the AHS advantage to 48-43.

Northwest came back and hit a jumper to cut the lead to 48-45 with eight seconds left in the contest. Northwest fouled Aledo but the Ladycats missed the one-and-one from the charity stripe and Northwest pulled down the rebound. But a three-point attempt as the buzzer sounded did not come close to the rim as it sailed long and the Ladycats collected the win.

Also scoring for Aledo were Payne with 11 points and Elizabeth Allanach with five.

First-place Northwest raised its District 6-5A record to 10-1 after a 70-30 win over the Aledo Bearcats Friday night at the AHS gym.

The loss drops the 'Cats to 4-7 in district play.

Northwest led 15-3 after the first quarter and 33-11 at the half. Northwest exploded for 25 points in the third period while holding Aledo to nine points to take a 58-20 lead into the fourth quarter.

The Bearcats will continue district play Tuesday at Boswell.

Aledo junior post Ayden Smith (23) pulls up for a jumper during the Bearcats' loss to Northwest Friday night at Aledo.