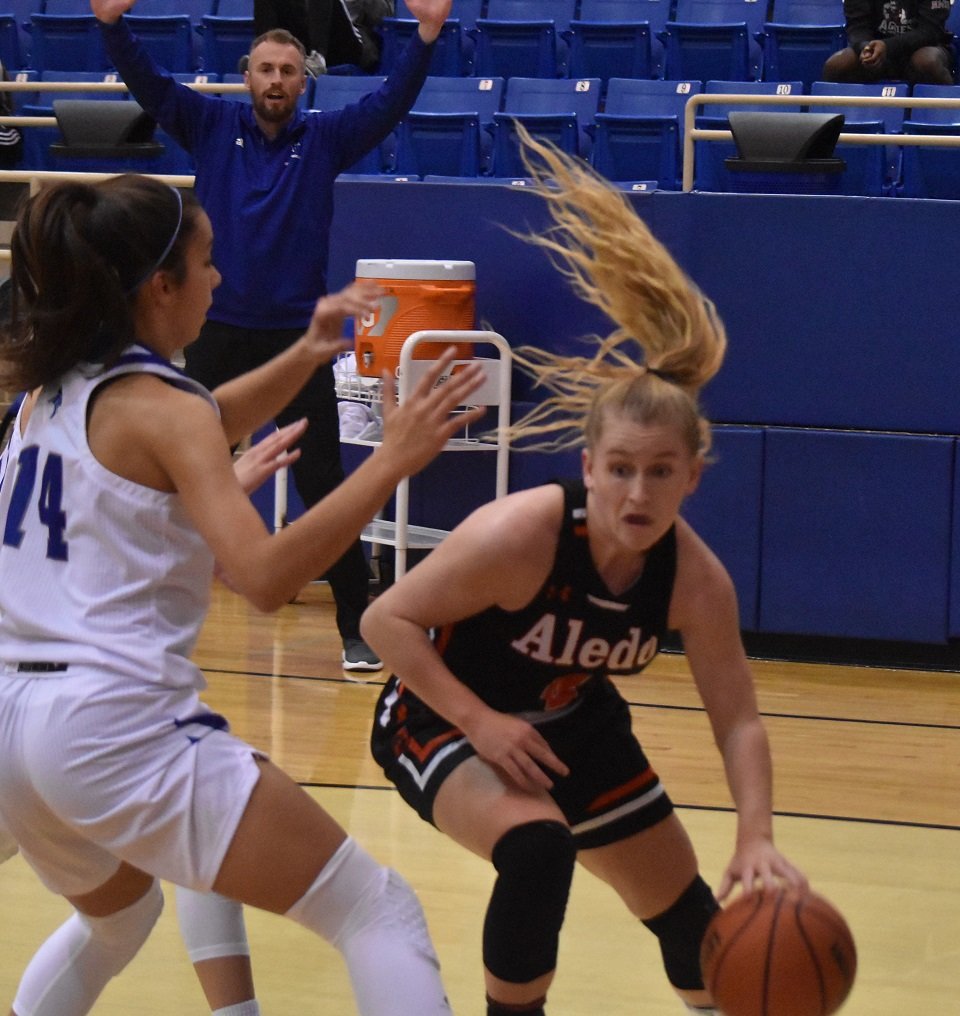 Seeking revenge from a 10-point loss earlier in the season to Aledo, Fort Worth Nolan Catholic overcame an early deficit to defeat the Ladycats, 47-44, Tuesday night in a girls' non-district basketball game at Nolan.

The loss drops the Ladycats to 6-10. Aledo will play next at 3 p.m. Thursday at home against an Australian team at the Aledo Tournament.

Earlier this season at the Brock tournament, the Ladycats handled the Lady Vikings, 41-31, and it appeared as if history would repeat itself as the Ladycats jumped out to a 9-3 lead.

But from that point and until the first half ended, Nolan outscored Aledo 21-12 to take a 24-21 lead at the half.

The Ladycats got back on track in the third quarter, outscoring the hosts 11-9 to cut the Lady Vikings' lead to 33-32 as the contest moved to the fourth quarter.

But after two free throws by senior point guard Riley Sale - who led all scorers with 19 points - tied the game, 35-35, the Ladycats never could take the lead as Nolan hung on for a three-point win.

Also scoring for the Ladycats were Haley Herrin with 10 points, Kylie Anderson with seven, and Audrey Pearce and Raylee McDonald, each with four.

For the complete story see the Dec 13 issue of The Community News.

Aledo junior varsity post Madison Verner (42) drives in for a layup during the Ladycats' victory over Nolan Catholic Tuesday night at Nolan. Photo by Tony Eierdam