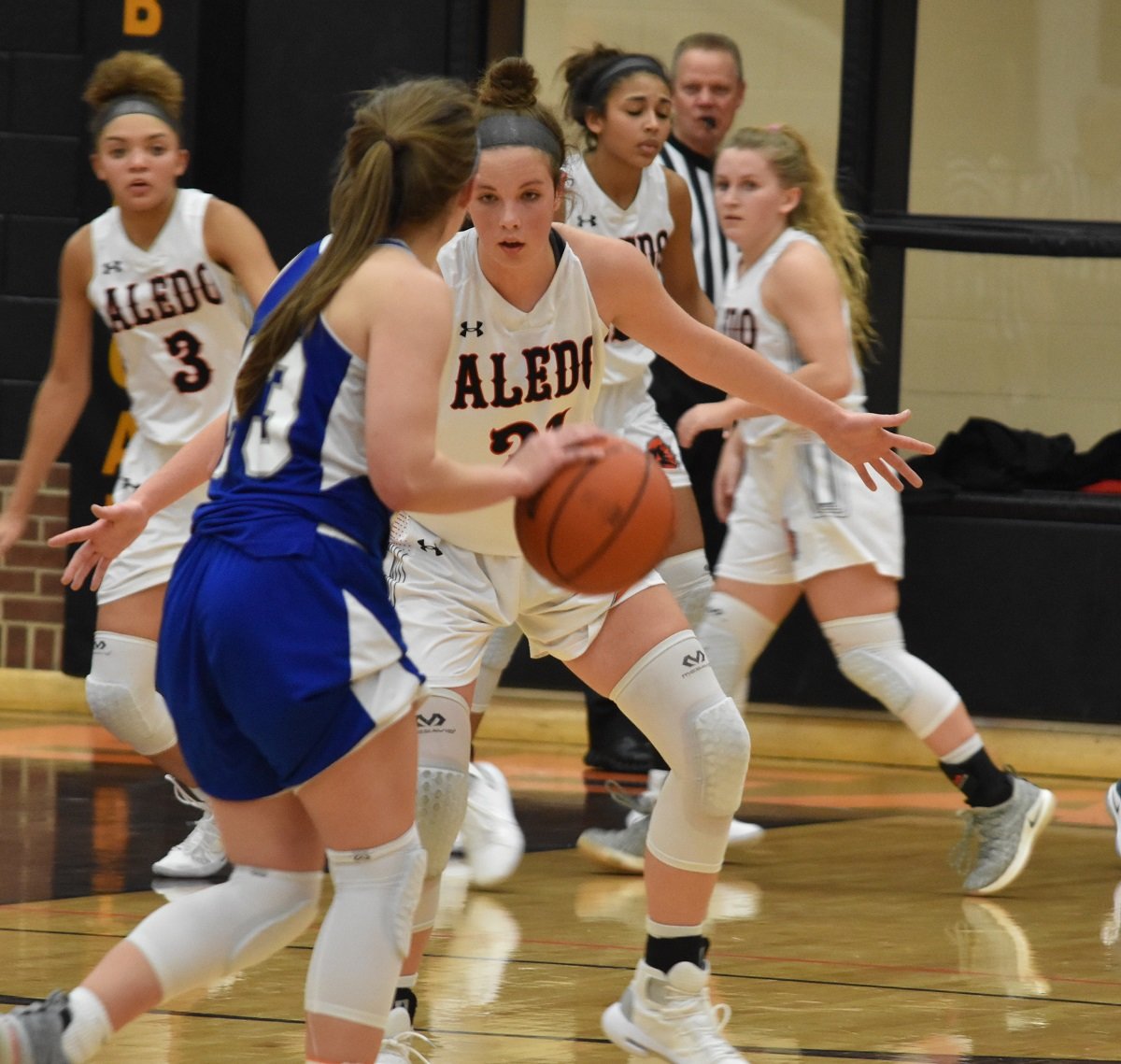 The District 4-5A champion Ladycats are coming off a 49-40 victory over Canyon Randall in a bi-district playoff game.

The teams have a common opponent, Abilene Wylie. Aledo beat Wylie twice in district play, but Wylie defeated Burges by 16 points in a November tournament.

Ladycats head coach Nikki Hyles feels Burges is similar to their last opponent. "(Canyon) Randall was a very gritty team, so it was good for us to experience that in the first round," she said. "Burges is very similar to Randall in that respect, so it won't be easy." Hyles pointed out that Burges plays a team style of basketball and doesn't appear to rely on any one player. She added the Ladycats, led by 6-4 post Maddie Shumway, 6-1 guard Audrey Pearce and 6-0 guard Elizabeth Allanach, have a height advantage. "Burges is a well-rounded team," Hyles said. "They don't appear to have any standout players, but they all hustle and play hard. They run mostly a 4-out or 5-out (motion) style offense. "Based on video, I expect them to play a man defense, but they will have a problem matching up with our size. But I assume we will see some zone defenses, as well." The Ladycats are 10-1 in their last 11 games, and Hyles said she is enjoying the ride. "It is a lot of fun coaching this team!" she said. "They all understand their roles and everything is coming together at the right time to have success in the playoffs." 5 AHS swimmers begin state competition today

Five Aledo High School swimmers will compete Friday and Saturday at the UIL State Swimming and Diving Meet at the University of Texas' Lee and Joel Jamail Texas Swimming Center.

Farmer will also be competing in the girls' 50 Freestyle and 100 Breastroke. She has the seventh-fastest qualifying times in both races.

Sohn qualified in the boys' 100 and 200 Freestyle. He has the second-fastest qualifying times in both races.