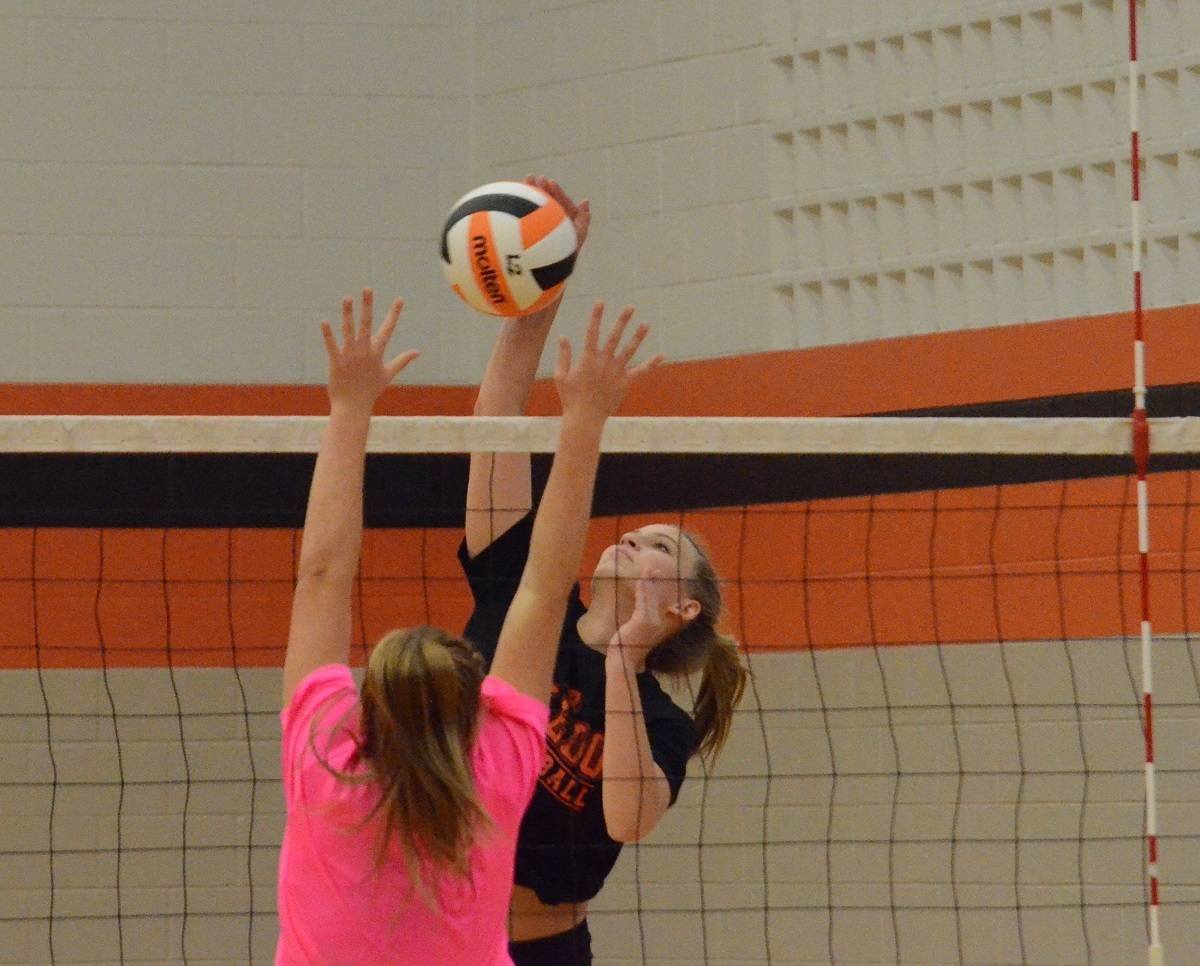 Aledo volleyball fans got a glimpse of the 2017 Ladycats and its new coach when Aledo hosted Peaster, Wichita Falls Rider and Weatherford in a round-robin scrimmage today at the Daniel Ninth Grade Campus gym.

The Ladycats played three 30-minute matches, beginning with Rider followed by Peaster and concluding with Weatherford. There was no score kept, and coaches on all four teams ran players in and out constantly in search of filling open spots and testing rotations.

The Ladycats will open the 2017 season at 6 p.m. Monday at Waco Midway. The freshman and junior varsity matches will begin at 5 p.m.

New Ladycats head coach Claire Gay substituted freely in search of “the right combinations,” and in each match the Ladycats showed hustle and enthusiasm.

“We worked some different lineups and I was able to see the strength in those,” Gay said. “It is too early to set a lineup; everything is still going to be adjusted. It was good to see some of the younger girls step in and be able to perform and fill in some of the roles we were struggling in today.

“I made a lot of substitutions because today is the day to see what the younger girls can do, and it gave them an opportunity to prove themselves.”

One area of concern was finding a new setter, actually two, as Gay wants to run a two-setter offense.

The setters (Sarah Morehead, Maggie Wackerhagen) are starting to understand my expectations,” Gay said. “The middle-setter connection was a lot better today, as was the tempo. We tried to do more matchups against what is on the other side of the net and they reacted well.”

Incidentally, Gay faced her husband, Nick Gay, when the Ladycats took on Weatherford. Nick Gay is in his first year as Lady Roos head coach. The two teams and the coaching couple will get to play for real as Aledo travels to Weatherford on Tuesday, Aug. 15 in a regular-season, non-district match.

While Gay was pleased with her team offensively - she returns all-state hitter Sarah Haeussler, four-year varsity member Sydney Casey and returning letterman Hannah Jones to the front row – she was concerned in another area.

“We still need improvement defensively,” she said. “It is not a lack of ability, it’s just trying to figure out where to be in the right spot and being ready to react. But we put in a good week of practices and played hard in two scrimmages, so we are ready for Midway.”

Ladycats hitter Anastasia Morrison elevates for a kill during the Aledo/Peaster scrimmage Saturday at the Daniel Ninth Grade Campus gym.