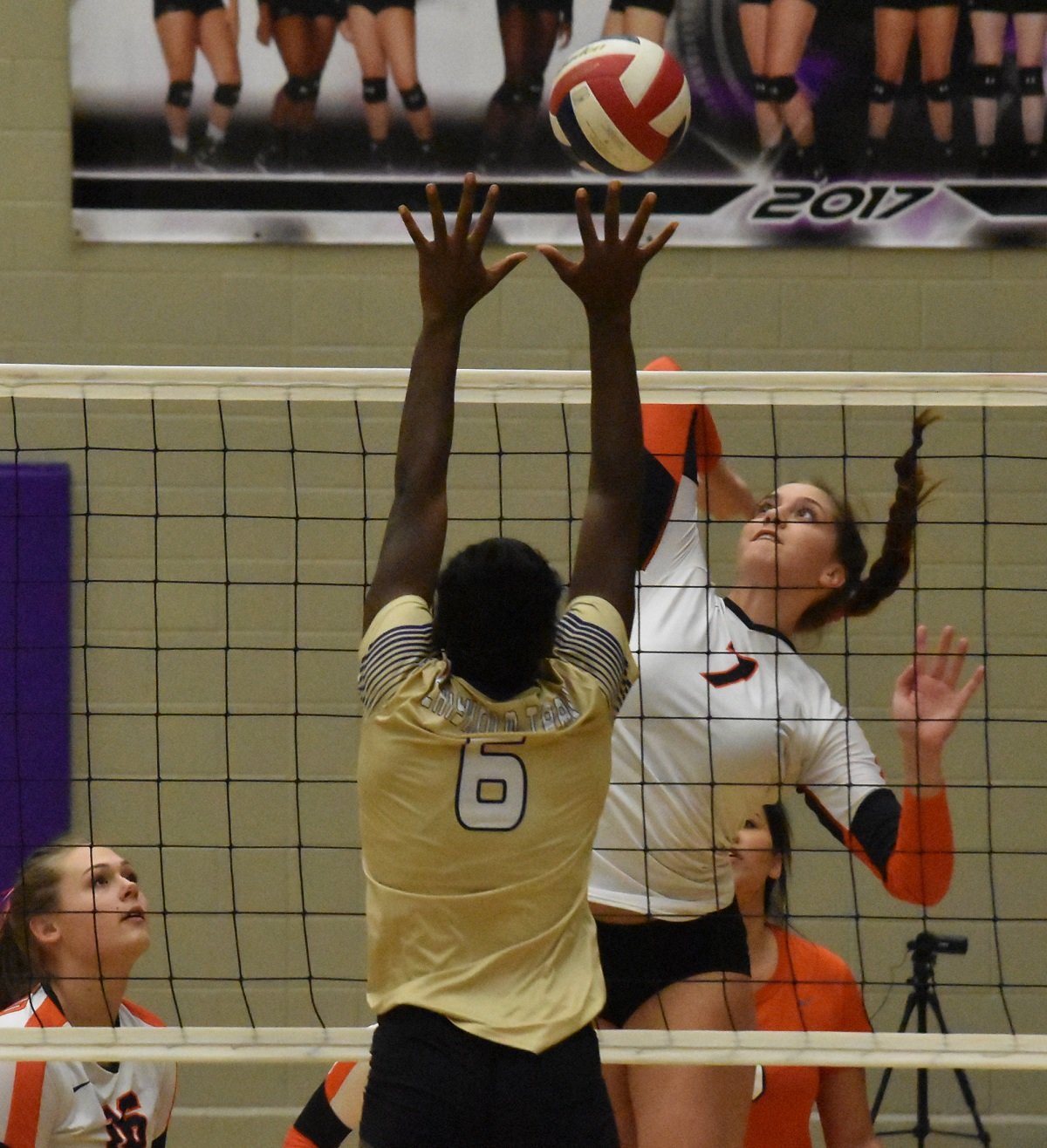 The win leaves the Ladycats with a 13-1 district mark and ties Aledo with 13-1 Boswell as both will share the district title for the second straight year.

After a coin flip, the Ladycats were awarded with the district's No. 1 seed as Boswell assumes the second seed. The Ladycats will face District 5-5A's fourth-place team, but that seed has yet to be determined. The Class 5A playoffs begin Monday.

For the complete story see the Oct. 27 issue of The Community News.

Aledo sophomore hitter Evelyn Torres elevates for a kill during the Ladycats' win over Chisholm Trail.