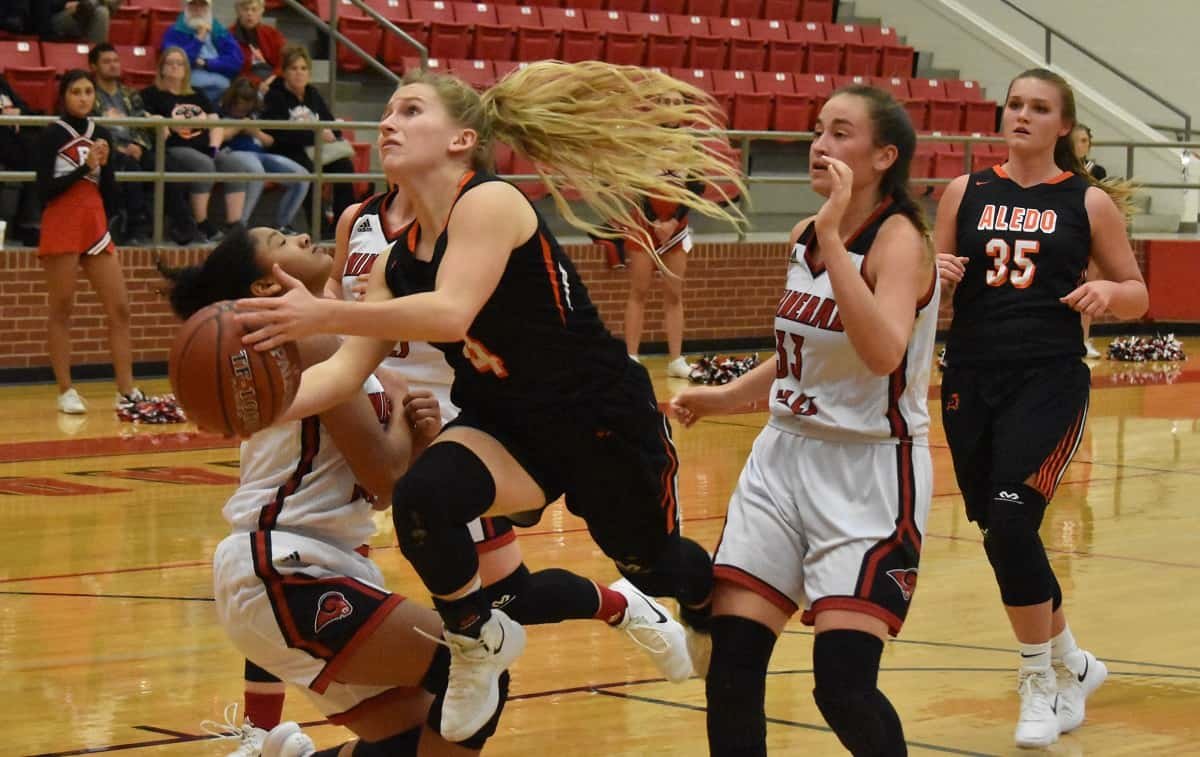 Aledo survived a seven-point third-quarter deficit as the Ladycats came from behind to defeat the Mineral Wells Lady Rams, 41-34, Tuesday night in a non-district girls' basketball game at Mineral Wells.

The win raises the Ladycats record to 14-2. The Ladycats will play next at the Ladycats Invitational at the AHS gym. Aledo will play at 1:30 p.m. Thursday against the winner of the Sam Houston/Trinity Valley game.

The Lady Rams cut the Ladycats' lead to 32-30 with 3:45 left to play, but 35 seconds later Aledo sophomore post Janessa Payne canned a three-pointer from the top of the key to stretch Aledo's lead to 35-30.

Aledo sophomore guard Taylor Morgan led the Ladycats with 18 points, with Haeussler adding 10. Also scoring were Payne with five points, with junior guard Elizabeth Allanach and Brown, each with four.