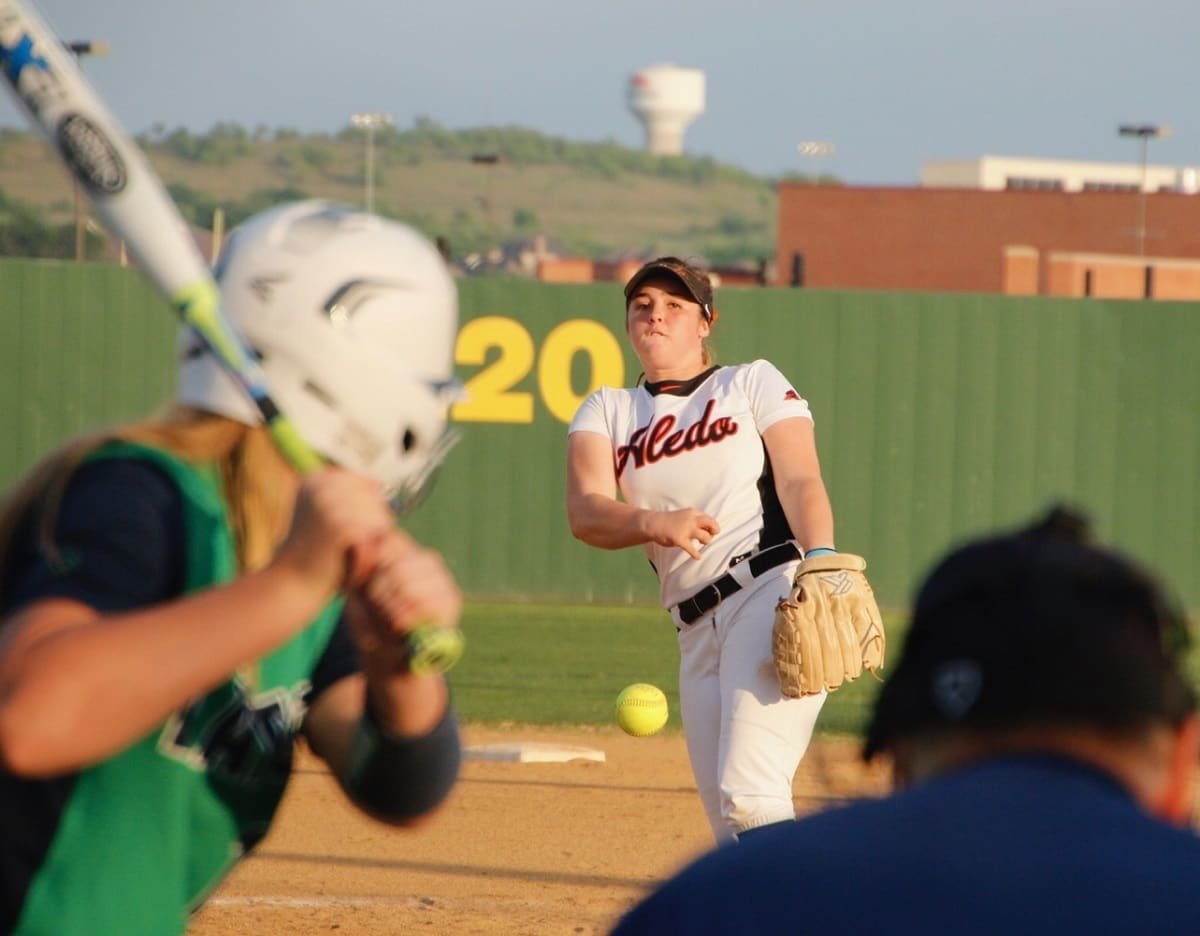 Aledo came back from a 4-0 deficit to score seven of the next eight runs as the Ladycats slipped past first-place Eaton, 7-5, Tuesday night in a District 6-5A softball game at the AHS softball field.

The win raises the Ladycats' district mark to 6-5, while Eaton drops to 8-3.

Eaton scored four runs in the first inning, added a run in the second and never looked back as the Eagles defeated the Aledo Bearcats, 7-4, Tuesday night in a District 6-5A baseball game at the AHS baseball field.

The loss drops the Bearcats to 6-3 in district play, while Eaton raises its record to 3-6.

Eaton led 7-2 before the Bearcats scored a pair of runs in the bottom of the fourth to cut the lead to 7-4.

In the seventh, still trailing by three runs, the Bearcats loaded the bases with two outs. The next batter, Calloway Shands, drew a walk to plate Jake McClendon to cut the Eagles' lead to 7-4.

However, Eaton got the next batter out to seal the win.