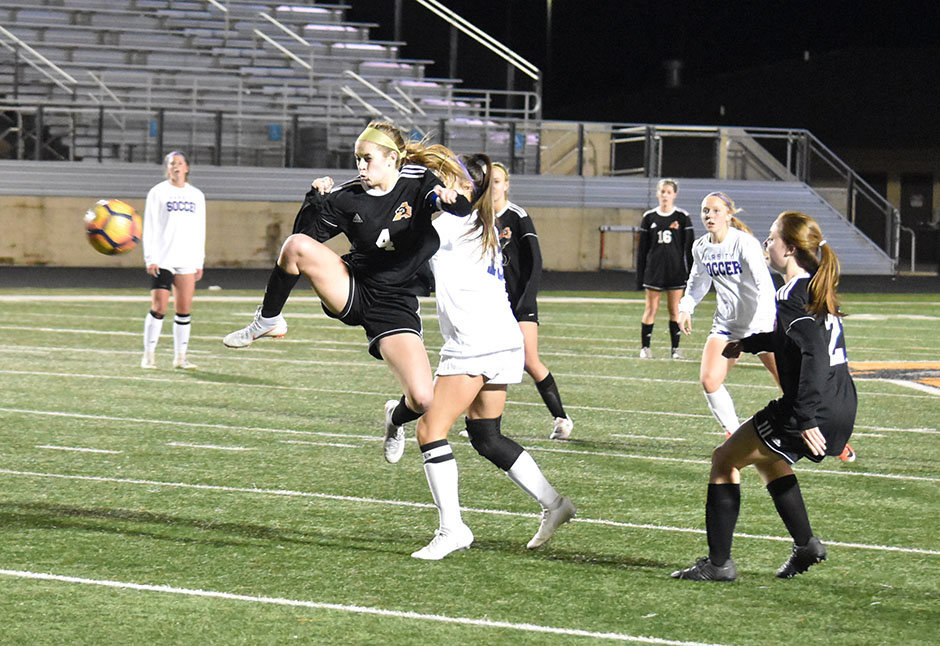 Four different Ladycats figured in the goal scoring as Aledo raced past Abilene Wylie, 4-0, in the girls' District 4-5A soccer opener Tuesday night at Bearcat Stadium.

Paced by a goal each by Grace Ornelas and Brooke Jones, the Ladycats led 2-0 at the half. Megan Crawford earned the assist on Ornelas' goal, while Reece Warren had the assist on Jones' goal.

The Ladycats took a 3-0 lead midway through the second half when Warren set up Arwen Wise for a goal in front of the net. The Ladycats closed the scoring with 4:22 left to play when Warren scored on an assist from Hunter Jones.

Emma Davis earned the shutout in goal for Aledo.

Wylie came back to tie the score at 3-3 late in the second half to force overtime in the boys' District 4-5A soccer opener Tuesday night at Abilene.

For more on both matches see the Feb. 15 issue of The Community News.