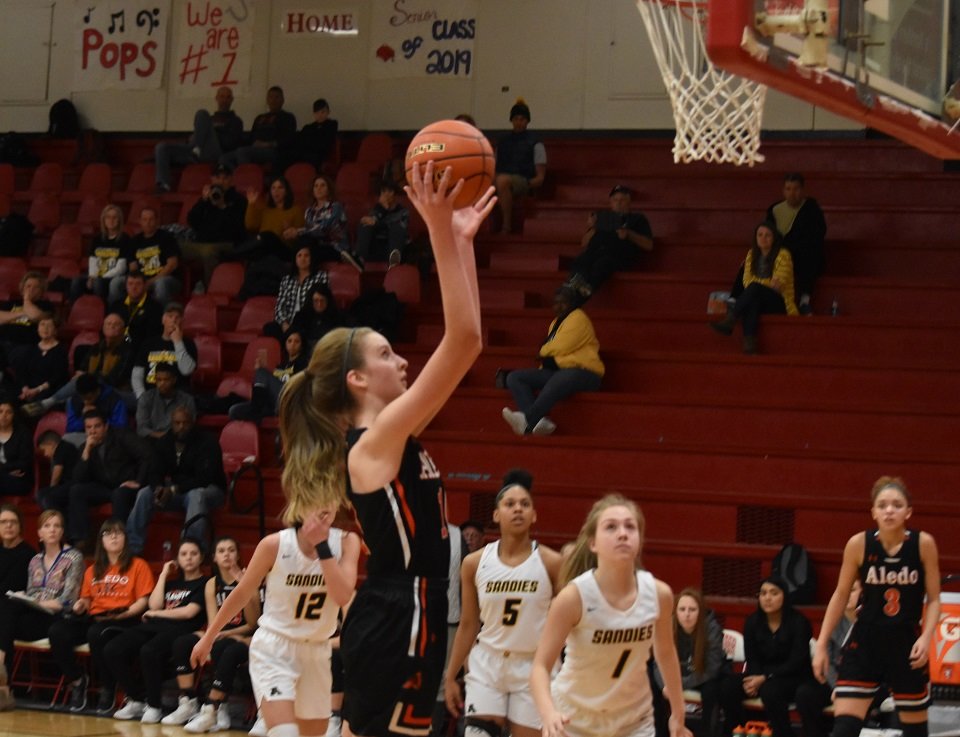 Amarillo High School used a 14-0 run in the second quarter to pull away as the Sandies defeated the Aledo Ladycats, 60-39, Tuesday night in a girls' regional quarterfinal basketball game at Sweetwater High School.

Also scoring for the Ladycats were Elizabeth Allanach with seven points, Riley Sale with six, Haley Herrin with three and Kylie Anderson with two.

Amarillo led 14-8 after the first quarter and followed with 30 points in the second period to take a 44-14 lead at the half. Amarillo outscored Aledo 12-9 in the third quarter to take a 56-23 lead into the final stanza.

For more on both games see the Feb. 22 issue of The Community News.