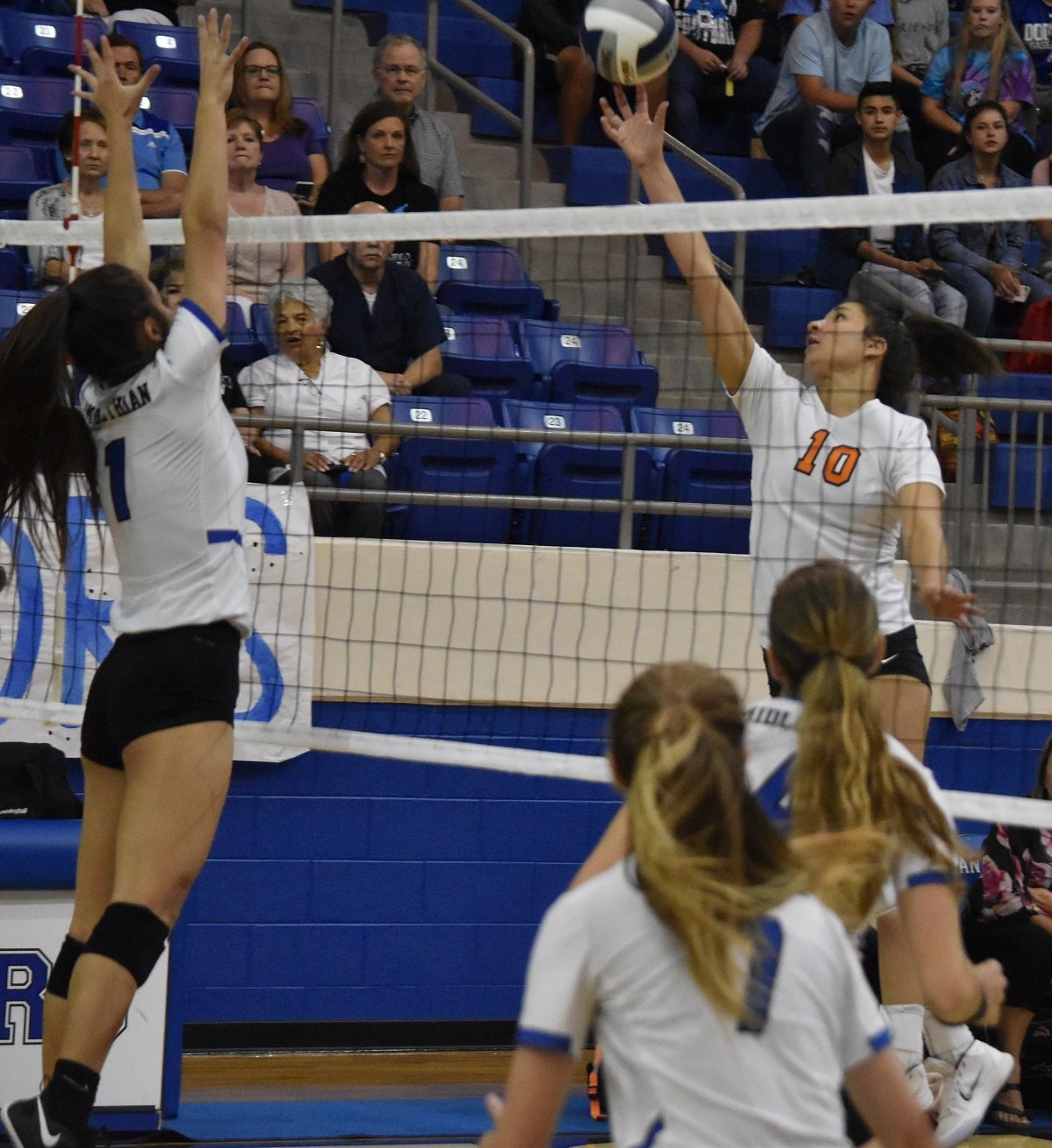 Aledo senior hitter Anastasia Morrison (10) extends for a spike at the net during the Ladycats' sweep of Midlothian Tuesday night at Midlothian. Photo by Tony Eierdam
Posted Tuesday, September 4, 2018 9:22 pm

Senior hitter Hannah Jones recorded a match-high 13 kills and junior middle hitter Daleigh Ellison finished with a match-high seven blocks as the pair helped the Aledo Ladycats to a 25-21, 25-23, 25-12 victory over the Midlothian Lady Panthers Tuesday night in a non-district volleyball contest at Midlothian.

The win raises the Ladycats overall record to 16-13. Aledo will play next at home on Friday against Midlothian Heritage. The match is scheduled for 4:30 p.m. at the AHS gym.

Aledo used a 4-0 run to clinch the opening game, sparked by two kills from Torres, an ace by Jones and the game-winning kill from Taylor. In game two, Aledo trailed 23-22 before a service error by Midlothian tied the game at 23 and sent service control to the Ladycats.

A kill by Ellison followed by a kill by Torres - both on sets from Maggie Wackerhagen - sealed the second set and gave AHS a 2-0 lead in games.

The Ladycats never trailed in game three, taking leads of 10-4, 15-6, 19-10 and 23-12 before a back-row kill by Jones followed by a Lady Panthers' return error clinched game three and the match.

For the complete story see the Sept. 7 issue of The Community News.

Aledo junior varsity hitter Hailey Huddleston (10) sends down a kill as Mattie Gantt (6) gets into position Tuesday during the Ladycats' sweep of Midlothian. The freshman team also defeated Midlothian. Photo by Tony Eierdam