Ladycats back on track with 42-29 victory; Bearcats fall to Chisholm Trail 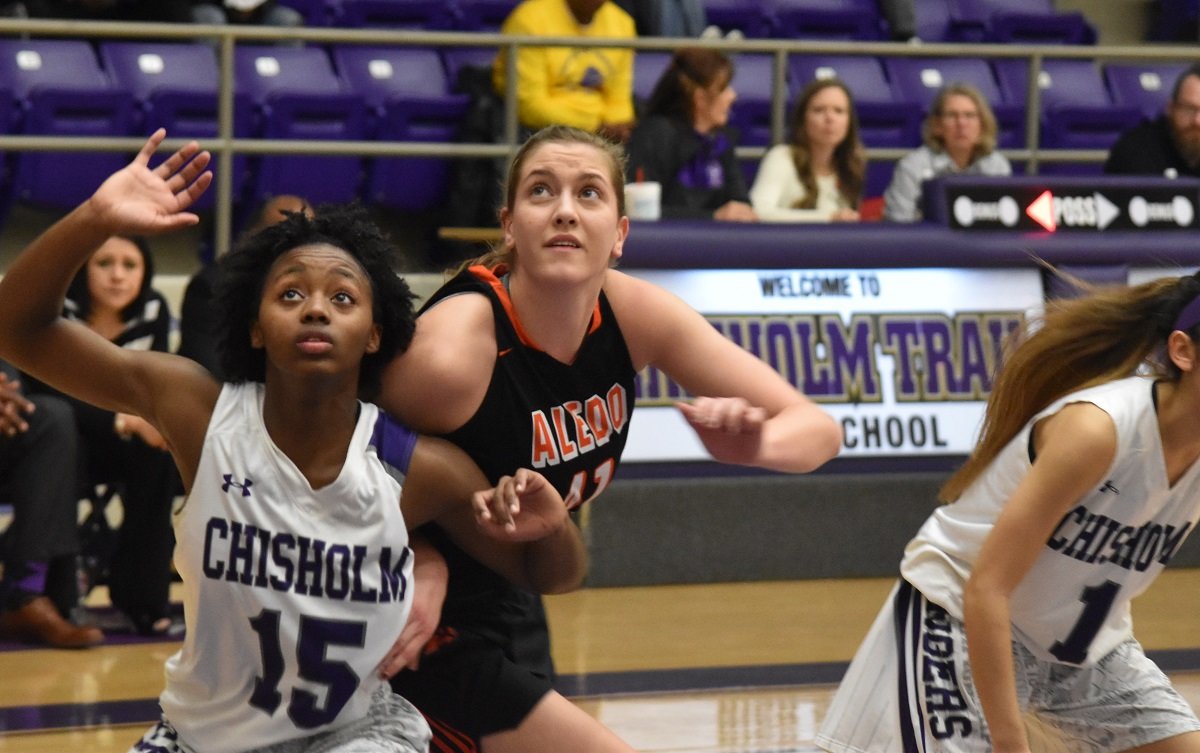 Aledo senior post Sarah Haeussler recorded a double double and two others reached double figures in scoring to lead the Ladycats to a convincing 42-29 win over Chisholm Trail Tuesday night in a girls' District 6-5A basketball game at Chisholm Trail High School.

The Ladycats will continue district play at 6:30 p.m. Friday at Saginaw.

The Ladycats led 7-6 after the first quarter. Paced by a stingy defense, Aledo went on a 14-0 run in the second quarter to take a 21-6 lead at the half. Aledo outscored Chisholm Trail 10-6 in the third period to take a 31-12 led into the fourth quarter.

Aledo senior post Ayden Smith goes up for a baseline jumper Tuesday night during the Bearcats' loss at Chisholm Trail. Smith pulled down a game-high 12 rebounds.

Chisholm Trail broke open a close game with an 18-2 run in the third quarter on its way to a 64-50 win over the Aledo Bearcats Tuesday night in a boys' District 6-5A basketball game at Chisholm Trail High School.

The loss drops the Bearcats to 2-4 in district play, while CTHS raises its league mark to 4-2.

The Bearcats will continue district play at 8 p.m. Friday at Saginaw.

Aledo jumped out to a 10-0 lead and held a 13-10 advantage at the end of the opening period. Chisholm Trail outscored Aledo 17-11 in the second quarter for a 27-24 halftime advantage.

Using an 18-2 run late in the third period, Chisholm Trail scored 23 points in the quarter while holding the Bearcats to five points to take a 50-29 lead into the fourth quarter.

For more on both games see the Jan. 19 issue of The Community News.